Jan-Eric Österlund has been an explorer at heart. With his previous yacht, Swedish Caprice, he sailed in most parts of the world, but he wanted a new yacht with which he could explore more adveturous places where normal yachts wouldn’t go. Planning of this new yacht started in 2000 and 5 years later the Vitters shipyard launched the stunning André Hoek designed Ketch Adèle.

Last month Jan-Eric launched his beautiful book, Exploring with Adèle, and after the presentation we had the opportunity to talk to him about Adèle, the book and his voyages around the world. 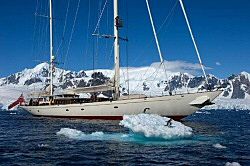 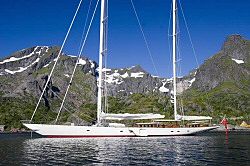 SYT: Why building at Vitters? Financial reasons or workmanship or availability of building slots or other reasons?

Jan-Eric: There were several reasons for building at Vitters. First of all their quality is second-to-none, when you see Adèle you know what I mean. But the timing was also right, because Vitters could build the yacht within my schedule. And another important reason was that I was very engaged in the project and Holland is reasonably close to where I live.

I am sure there are a few other shipyards who could have build Adèle, but Vitters turned out to be a very good choice!

SYT: Would you have considered building a motor yacht to go around the world?

Jan-Eric: No I would never build a motor yacht, maybe a small boat to base at a vacation house and cruise around the Swedish Islands.

SYT: How did you decide about André Hoek as designer? It was by far his biggest project at the time. What project of his caught your attention so that you decided to engage him for Adéle?

Jan-Eric: That was easier, because I knew what kind of style of yacht I wanted and this was something André could create for me. This was for both André and myself an opportunity and it worked out very well. And as this was André’s largest project, he gave everything to succeed.

SYT: In different interviews, you’ve recounted your fascination for classic designs such as the Prince of Wales’ Britannia and the German Emperor’s Meteor as well as the J-class yachts. But were there any modern day yachts that you used as an example for your design team?

Jan-Eric: No not really. I do like the modern classics which were build by Royal Huisman, like Athena, Meotor and Borkumriff IV. Although they look appealing to me, they are not as fast as Adèle. Big motor sailors, like some of the earlier Perini Navi’s for example, are not very appealing to me, but that’s a matter of personal taste of course.

SYT: Why a book on Adéle? Was it the intention to write a book from the start?

Jan-Eric: I had a dream but I wasn’t sure I could write a book and that other people would like it. I was even a bit scared, it was a big undertaking. Was the story attractive, the photos good enough…. I had sent a few emails out to my friends with stories of our voyages and I got such a good response, that their support convinced me I could to write the book.

However, it is the photography that really carries the book and it is through the photos that I tell most of the story.

Because photos were going to be the main element in the book, I also asked Rick Tomlinson to join me on some of the voyages. Rick is responsible for around a quarter of the photos, especially those of Adèle, and many of them from helicopter or chaseboat. 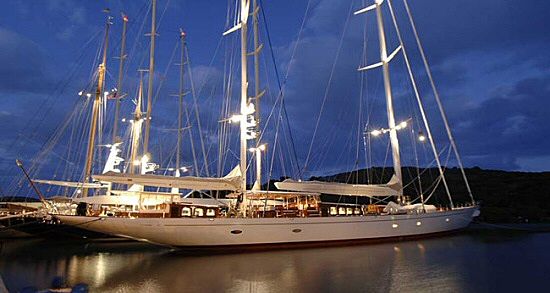 SYT: Was the complete trip around the world planned in advance? Was there a special reason for not visiting Asia or just no time?

Jan-Eric: Several reasons. I have been there a lot before as I have an Asian wife. With my previous yacht I sailed in most places, but I didn’t visit the Arctics or Antarctica, because it’s more difficult to get there. I wanted to go around Cape Horn and rather then sailing the Indian Ocean, I wanted to visit the Falklands, South Georgia, Antarctica and Brazil. If time were no issue then I would have loved to spend more time in Asia as well.

SYT: What was your time limit and how was it possible to sell Adèle so quickly and quietly after your world tour was finished?

Jan-Eric: The limit was that my wife wanted a child. As she gets seasick easily, she didn’t want to be pregnant onboard the yacht. I didn’t marry to go sailing and leave my wife ashore, so we agreed on a timeframe to do this together.

We were very lucky, because a gentleman called André Hoek and wanted to build an Adèle look-alike. When he heard he could buy Adèle after we completed our adventures he expressed an interest and we found we could easily agree on the terms.

SYT: Have you been onboard all the time?

SYT: What was the most memorable place you have visited during your journey around the world?

Jan-Eric: Both Jennifer and I would say Antarctica. It was very beautiful with a lot of sunshine and the ice formations were fantastic. And the wildlife was far beyond what I could have dreamt of. It was very enjoyable both from the landscape and the wildlife perspective.

SYT: Do you have any future yachting plans after the sale of Adèle?

Jan-Eric: My wife instructed me to answer that question with “NO”! Over the next couple of years we will be land based with the baby. What I would consider is day sailing in the Swedish Archipelago, very different from Adèle. After that it’s another story…. 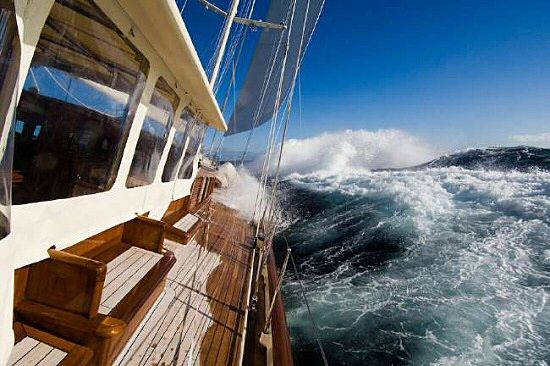 SYT: Is there anything that you would change on a next yacht?

Jan-Eric: I would take away the spinnaker. We didn’t use it much and because we were on expedition it was very tough to handle and took up a lot of space. I would probably replace it with something like a code 0.

Interior wise I would add a little more space in the crew area and to the stowage area. When you make such long voyages you need a big stock. I wouldn’t increase the space for owner or guests, because we live on deck most of the time anyway, when we are awake.

I would also add more space to the laundry area, because we had a lot of clothes (20 people were living onboard) and the washing and drying machines were running almost all the time.

I would also like a bigger stern anchor, but the two bow anchors were excellent.

Otherwise I wouldn’t change much… She is a fabulous yacht and has performed very well. We sailed her the corresponding amount of one Atlantic crossing each month during the two years I had her and we had very few problems thanks to excellent design and craftsmanship and a very good Captain and crew. 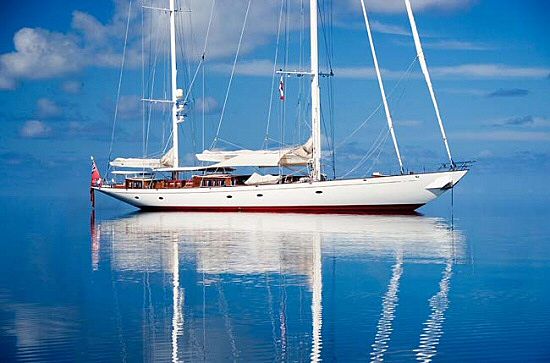 The book of Jan-Eric Österlund, Exploring with Adèle is available for purchase through www.SuperyachtBooks.com or contact us to order your copy.