In September 2017, the Barcelona-based refit yard MB92, part of the Turkish Dogus Group, announced it had acquired a 75 percent share of rival specialists Compositeworks in the south of France. A year later, following the takeover of the Blohm & Voss activities in La Ciotat by the MB92 Group, Compositeworks was renamed MB92 La Ciotat. In March of this year, the rebranded shipyard signed a contract with La Ciotat Shipyards to extend the all-important concession to use its 200-metre dry dock for another three years.

SuperYacht Times recently dropped in to talk about these developments with Ben Mennem, Compositeworks co-founder and now CEO of MB92 La Ciotat. 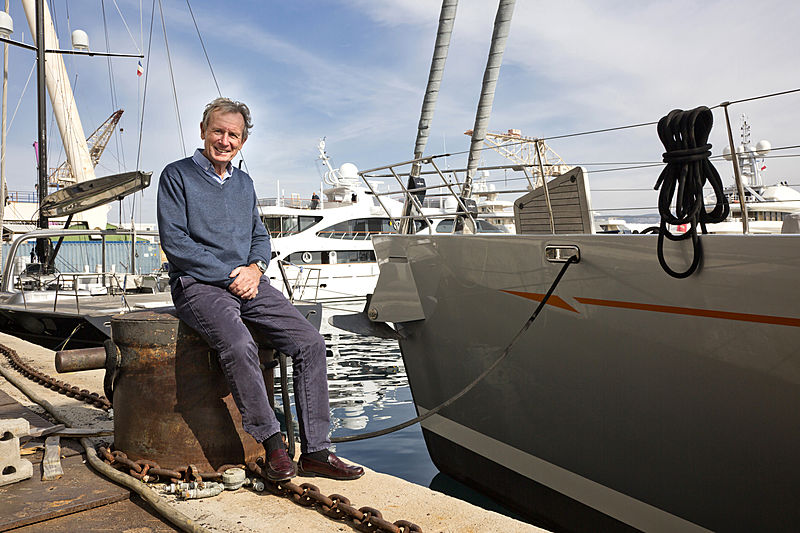 Photo: Justin RatcliffeIt was a blow to Compositeworks when Blohm & Voss was chosen to operate the dry dock in La Ciotat, which is literally on your doorstep. Was access to the dry dock the catalyst that drove your subsequent merger with MB92?

The dry dock was – and is – a big deal for us for sure, so when we lost the concession in 2016 it was like having a leg chopped off. One of the reasons we then took over the Atlantic Refit Center in La Rochelle was to make sure we had access to its dry docks. But I had been in talks for years with Pepe [García-Aubert, president and CEO of the MB92 Group] about pooling our resources as we felt we had similar outlooks and ideas. We both believed, for example, that the refit industry was becoming more professional and that there would be a lot of consolidation at some point in the future; both companies had grown organically with shareholders in the business for the long term and we preferred to let our results do the talking rather than shouting about it. It certainly helped to align the stars when MB92 took over Blohm & Voss La Ciotat in July 2018, but it wasn’t the fundamental reason for the merger. 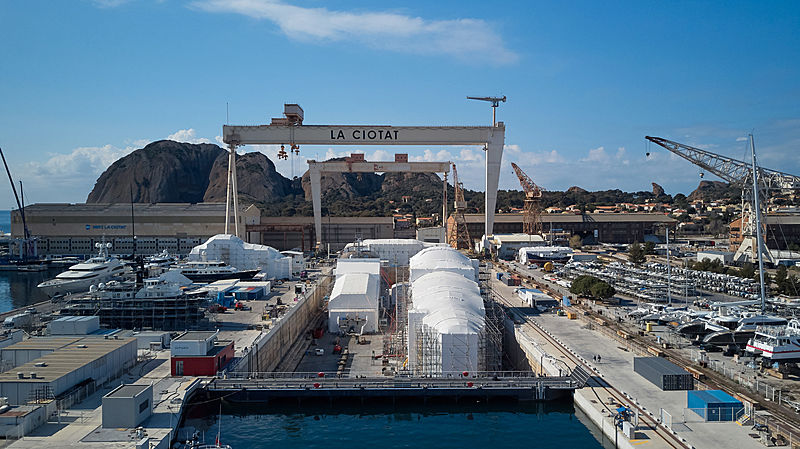 I have a 15 percent share and my co-partner, British entrepreneur and yacht owner Mark Goddard-Watts, has 10 percent. The MB92 Group has the remaining 75 percent, but they wanted me to be involved in the day-to-day running of the shipyard as ‘skin in the game,’ as they say. I was definitely keen to stay on as CEO because I didn’t feel my job was completed here and I had a sense of responsibility to the workforce to stay on through the transition and consolidation periods. 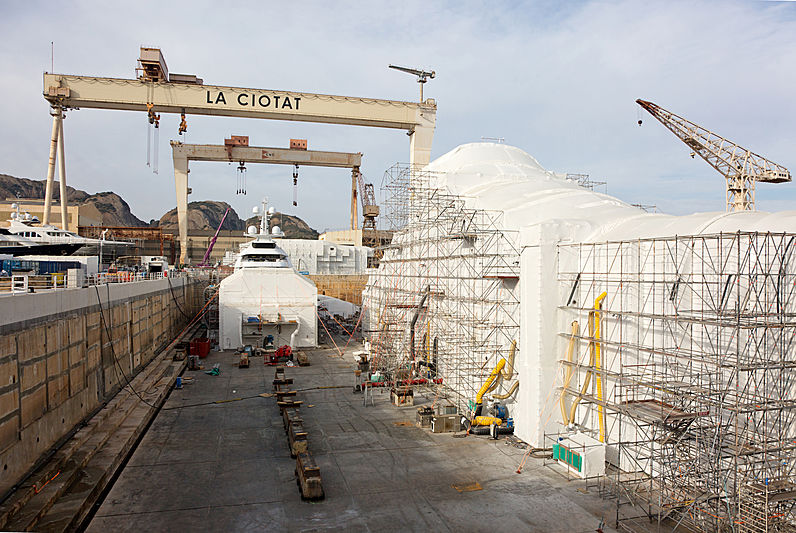 Photo: Justin RatcliffeHow has the merger changed the way the operation in La Ciotat is run and the services you can offer?

The main thing, obviously, is that we no longer have to compete with MB92 and we’re part of a major group with an annual turnover of well over 100 million euros, which means more know-how and purchasing power. We can offer our clients more flexibility because they now have access to facilities in both La Ciotat and Barcelona. We’re also sharing our contractor network, so whether a yacht decides to come here or go to Barcelona it can use the same companies. And we’re working to improve what we do as refit specialists, which was the goal of the merger in the first place. The critical thing is to do the best job on time and on budget. And we’re doing that, which is why more than 70 percent of our clients are repeat customers. 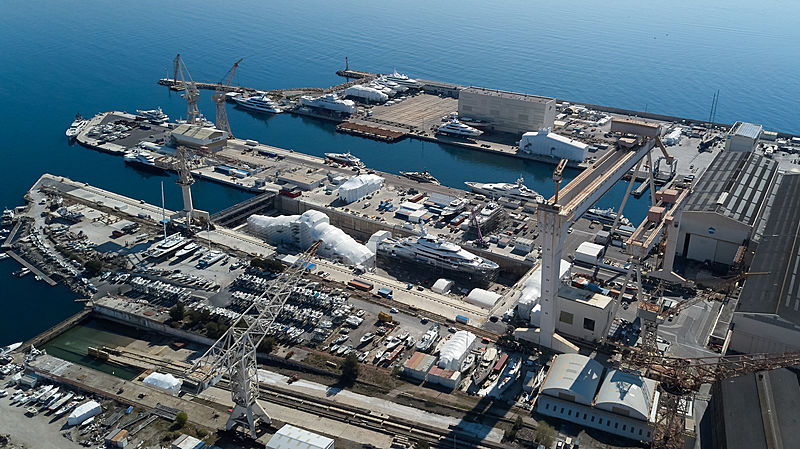 Photo: MB92 La Ciotat How do you see the refit sector developing in the next few years?

There’s no doubt it’s becoming more professional, in line with the industry at large. Nowadays, the majority of management companies will ask for several quotes, so estimates have to be seriously detailed and negotiable. And because there’s a ceiling to how much you can ask, you have to become more efficient in order to maximise your margins while staying competitive. If you can do all those things, the future looks bright with more and more ageing yachts requiring refit and repair works. Although much of our business is focused on the 90-metre-plus market because of the large lifting capacity we have in La Ciotat and Barcelona, both yards are very active in the 50 to 90-metre sector, the largest market segment with a lot of charter clients that need a fast, no fuss refit without any surprises. 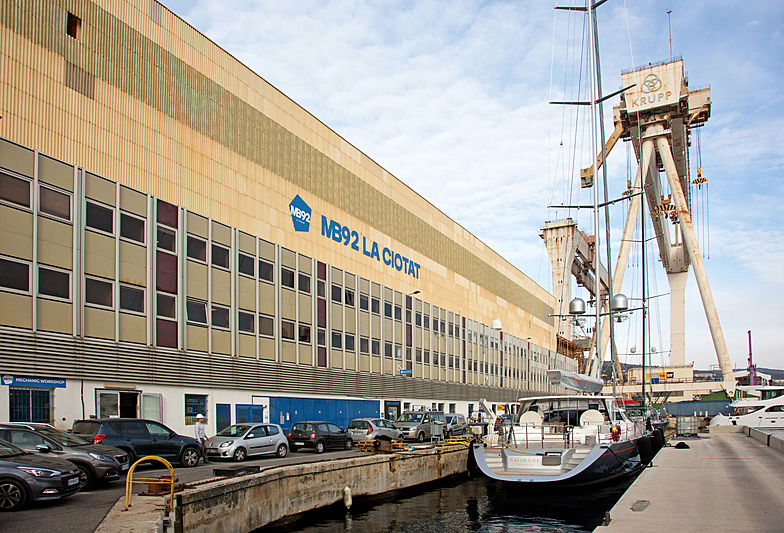 Photo: Justin RatcliffeWhat other developments do you have planned in La Ciotat?

The biggest is that MB92 La Ciotat was chosen to be the long-term investment partner to share in the multi-million euro development of a new refit area covering 23,000 square metres around the old slipway. It will include a new 4,000-tonne ship lift and spaces on the hard for yachts up to 105 metres, which will be up and running by 2022 and we have occupancy rights for 35 years. The new ship lift, together with the existing 2,000-tonne lift, a 300-tonne travel lift, a portal crane of nearly 500 tonnes capacity, and of course the dry dock, will make La Ciotat the number one refit destination in the Mediterranean for large yachts. When that happens I think it will be time for me to take a back seat, which if all goes according to plan, should be sometime in early 2023. 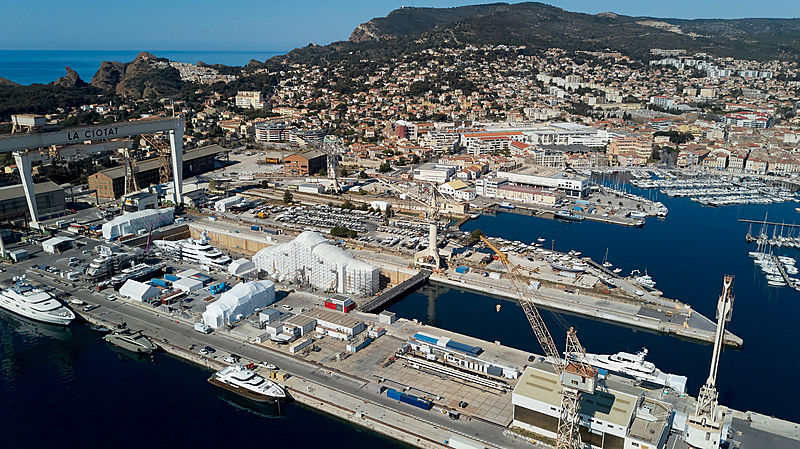