Tell me something about your business. Are you doing both interior and exterior design? 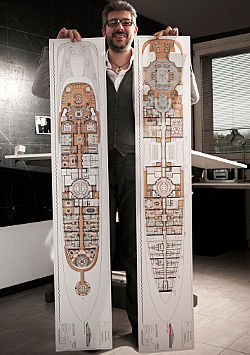 Yes, actually we are interior designers, but we do a lot of concepts. We had a delivery last year of a vessel called I Nova, and that was the first big yacht with the interior, exterior and concept design all done by us. I’m very proud of that. We have a few other projects at the moment with Benetti and with other shipyards, so we’re starting to become more serious exterior designers, though our focus is interiors.

Where are you based? I see you have an office in London and Italy?

Yes, basically the main office is in Italy, close to Venice in the countryside, then we have an office in London and we will also be opening an office in Monaco.

How many people are working in your company at the moment?

We are 13 at the moment, and just like a lot of others designer, we also work with freelancers, especially when we start working on workshop drawings, which takes a lot of time and energy. 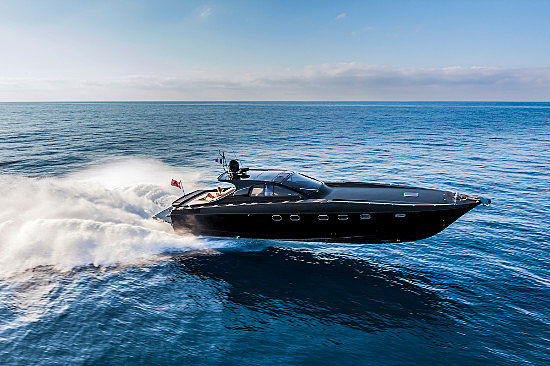 We are here at Cannes, where you did the interior for the Otam. Can you tell me something about the brief and the style of the interior?

The brief was fantastic. If I remember correctly, it was during the Monaco Boat Show, and the briefing was, “close your eyes, and that is the interior that I want.” We discussed making the boat completely black with a touch of a lighter colour in order to see through. That is the result of what you will see.

What projects are you currently working on?

Several. Some are in quite an advanced phase, for example, we are designing a 45 metre and 50 metre for Heesen, then we have an 80 metre under construction at the moment in Turkey. We are in the preliminary stage with three 70 metre yachts, and one 85 metre, and I really hope that we go ahead with a boat at around 90 metres. We also have two yachts of 50 metres, where we are designing the interior and exteriors, but those two are not yet under construction. We are now starting with the preliminary stages for the next two or three years.

The 80 metre project, Element, that has been going for a few years now. How far along is the interior?

We have been in charge of the project since December last year. We have almost fully redesigned the yacht, and at the moment all the bulkheads and all the systems are there. We are finalising all of the technical drawings, and we are at the moment building the last room for the final check of the owners for quality, materials and finishing. Then they will proceed with the standard production of all the interiors, because they are quite a repetitive model or construction. Summer 2016 is the dream completion date for the client, and I would really be pleased if she would be in the Monaco Boat Show 2016. 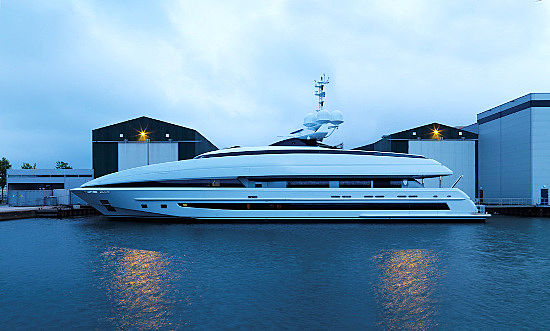 You have been doing this for many years. What has been a really stand out, fun project for you to do?

Can I say the next one? No, especially in the past two or three years, I’ve had the chance to do a project that, for different reasons, has been very close to us. One was the hull number 3 of Icon, Maidelle. She took almost four years to be designed and to follow all the production, so it has taken a lot of energy. Crazy Me is another stand out project because of the fantastic relations that I started up with the team of the owners on one side, and the team of the shipyard on the other side. The result is that we are designing another two boats with them, and with the owners, we have designed the Otam. 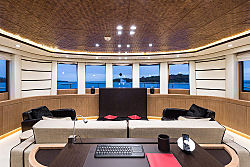 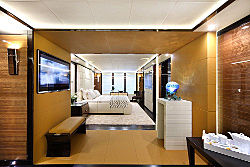 The third one was I-Nova because it was one of my biggest boats. The clients turned up to my office and said they wanted me to do everything, the exterior and interior concepts and layout, etc, and we will not build it in any shipyard, but we’re going to build a shipyard and create a brand out of it. Frankly, looking back, it was one of the most challenging projects I ever had.

How would you describe Crazy Me’s interior style?

It’s quite peculiar, as the project is itself. It’s very simple on total look, but with the volume and the windows, there is a really different approach to the living on board. That was one precise request of the clients, and with Heesen, I think we achieved exactly that. The perception of volume and to not be in a claustrophobic space.

It’s also a design made with opposites, so all the minor details were designed to obtain something very simple, but at the same time very efficient. We designed for example the knobs to open the doors of the cupboards, because none of the ones on the market were working the way we wanted it to work, so that was the kind of project that we were facing. For example, the engineering of the stairs, which is a floating staircase made of glass with lighting etc, that was quite challenging. As a result, I’m pretty proud of it.