Home > News > Interview with the captain of Infinity about her refit

In October 2012, Moonen 94, MY Infinity arrived at Endeavour Quay ready to be lifted ashore and housed in one of the large undercover boat sheds for six months. During this time a team of contractors worked alongside the crew to carry out a task list that included a respray, fitting stabilizers, upholstery work, electronics and much more.

When was MY Infinity first launched and where?
Infinity was built by Moonen shipyard in 2007 and launched there in September 2007. 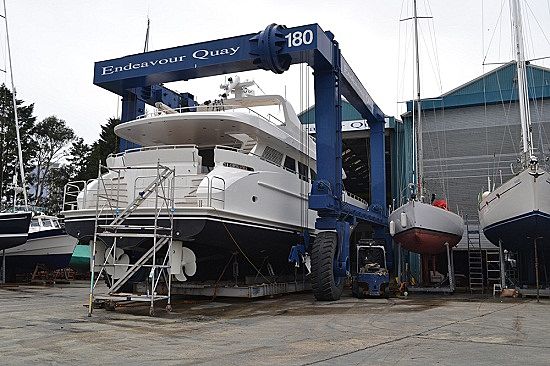 How long have you been skipper on Infinity?
I started in May 2007 so that I could be there for the last five months of build to oversee the final stages for the owner.

And the same owner has had her since new?
Yes

How often do you normally come out of the water for work and is there a certain yard you normally go to?
We lift the boat every winter for inspections, class surveys if needed and antifoul. We normally lift out where we finish the season which has included Turkey, Greece, Malta, Spain and Montenegro.

What was the main reason for coming out at Endeavour Quay this time around?
We were looking for a shipyard where we could project manage all the work being undertaken ourselves. Endeavour Quay was ideally located with deep water berths and offered the opportunity to have a large shed to ourselves with an office/work shop and storage room attached.

What works did you have done?
We had a full re-paint from top to bottom by GBR marine. We retro fitted zero speed stabilizers which involved internal and external work. We also did a great deal of carpentry internally, recovering all of the soft furnishings and wall panels; and did our 5 year survey on machinery and the hull with Bureau Veritas.

What benefits did Endeavour Quay offer over other UK yards?
Having a shed to ourselves with a work room attached was ideal and the open yard policy made it exceptionally easy to get contractors in from many companies. This combined with the numerous onsite companies meant most trades were covered without having to look too far. 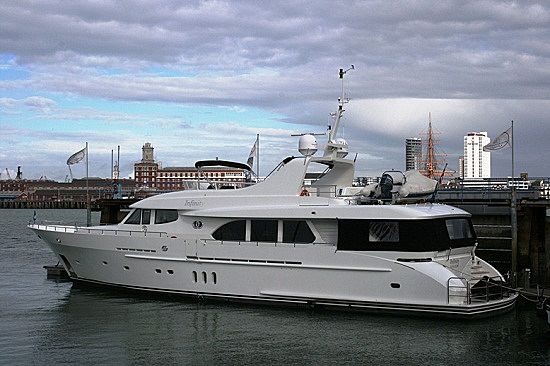 You project managed the work yourself? Why did you decide to do this and do you feel it was successful?
We started and finished the re-fit on the dates originally planned, despite having the job list extended. We came in on budget and were back in the Med for a summer season. So all in all very successful!! The reason for choosing to do it ourselves was that I knew I had the knowledge and experience to do so.

Did you use local suppliers based at Endeavour Quay?
Yes we did, with great service and good relationships formed.

Did the Endeavour Quay team provide knowledge and experience in carrying out the lifting services?
The team were so professional and friendly, we couldn’t have asked for more. Tim was very organised and professional he ran a tight ship, the yard was always clean and well maintained with health and safety high on the priority list. He was a great source for information and made a great video of Infinity lifting. 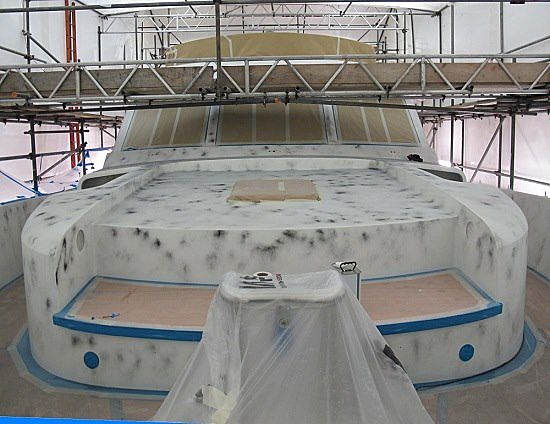 Do you feel that the overall process of having the lift, storage and work at Endeavour Quay was a success? If so why?
A great success, we achieved all the work we wanted to and more, within time and budget. Whilst also enjoying the experience.

Were you happy with the service at Endeavour Quay?
Yes, the owner of Infinity and I would like to thank Tim, Simon, Neil and Lindsey for all their help and friendship during the winter re-fit. Thanks also to those in the back ground who helped and assisted with numerous jobs and queries. 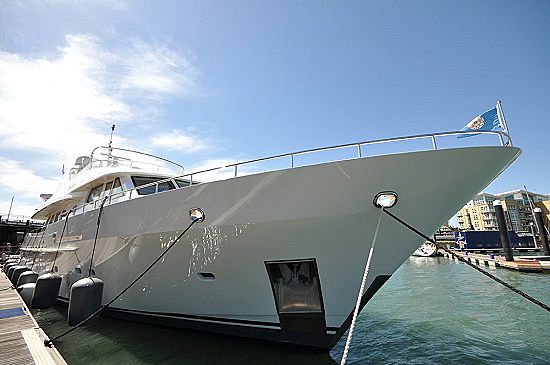 Would you recommend Endeavour Quay to fellow skippers?
In a heartbeat.