Established just four years ago by Ugo Pellegrino, Arcadia Yachts has come an impressive way in a relatively short amount of time. Producing a series of fibreglass vessels ranging from 85 to 115 feet, the company have successfully constructed an impressive total of 14 yachts to date. With the idea for the company stemming from something as simple as a yachtsman admiring a designer’s superyacht concept and determining to bring that concept to life, Arcadia’s rapid ascension in the industry has been unique. Here Pellegrino talks to SuperYacht Times about the past, present and the future of Arcadia Yachts, as well as explains more behind the eco-friendly emphasis of the company.

Based in the heart of the Mediterranean in Napoli, Italy, Arcadia Yachts boasts a 36,000m2 facility. Discussing the beginnings of the company, Pellegrino talks of how the initial meeting with the yacht designer lead quickly to the birth of Arcadia Yachts. He says, “I met Francesco Guida in 2007 who is the designer of the first boat we made. He showed me his project, and that was it. I loved the shape immediately and we started from that point on.” Despite the passion Pellegrino felt for the initial designs that would launch his new shipyard, establishing a business in the midst of a financial crisis is a precarious and perhaps even imprudent endeavour. Regardless of the risks, however, Pellegrino persevered. He comments on starting up Arcadia Yachts at the time, saying that it did not particularly affect them. He comments, “At that moment it was actually okay for us. The concepts of our boats were so different from the others in the industry that we managed to find our space.” 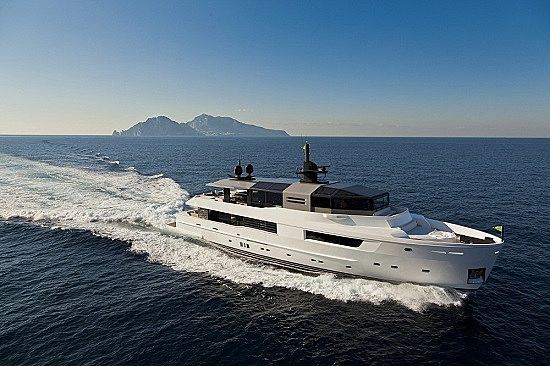 Pellegrino did more than just find a space in the industry, and today, the ninth and tenth 85’ Arcadia superyacht is in build, whilst the fourth 115’ in the series is also under construction. By always starting projects on speculation, the constant stream of deliveries from the shipyard is in part due to the extremely quick speed of delivery, with the 85’ yacht taking just four to five months to complete and hand over to its new owner. Pellegrino explains further, “It takes four to five months to complete the 85’ if we already have the hull in the shipyard. If not, we take six to seven months. For the 115’, we allow eight months for completion if the hull is ready, and twelve months if we have to start from the beginning.” He continues, “We always have a 85’ in stock and ready at the shipyard, as well as the deck of all the sizes we produce.” 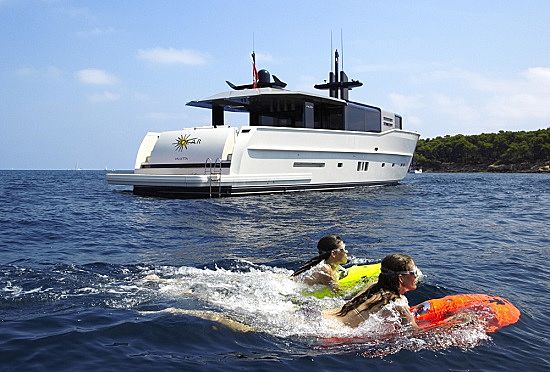 Pellegrino has certainly exploited the obvious appeal of waiting just four months for a brand new superyacht to the company’s advantage, but for the future, he states that the shipyard will start to build upon request, constructing bigger superyachts for clients as they desire. Despite the future of the shipyard quite definitely heading towards the construction of bigger boats, Pellegrino insists that several aspects of the business model will always remain the same; namely that they will never build custom designs from designers other than Arcadia Yachts original in house designer Francesco Guida. He states, “We are always involved.” 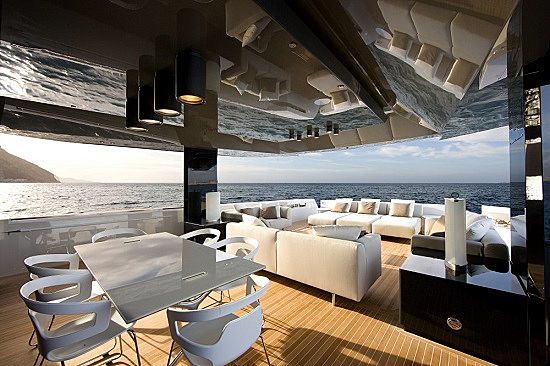 Not only have Arcadia managed to impress the industry with its level of production and rapid ascension to solid establishment, the company also produces yachts with a reduced environmental impact. This is emphasised in every aspect of the business. Amongst the many methods used in creating an environmentally friendly superyacht and running a ‘green’ shipyard is a functional design with a distinct personal touch to reach the highest eco-friendly performance; double glazing solar panels integrated within the superstructure, and hydrodynamic efficiency of the semi displacement hull which requires limited engine power and guarantees low consumption, emissions and maintenance costs - to name but a few. 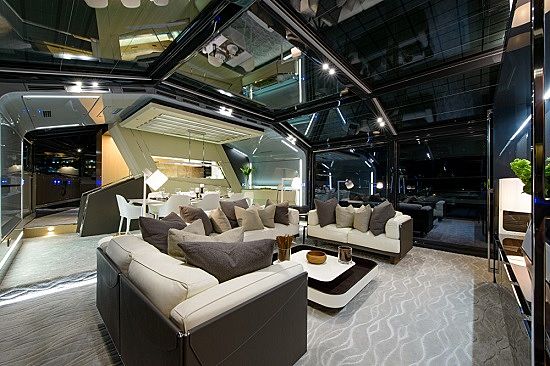 It’s clear that generating innovative and efficient solutions that define a new ‘sustainable’ frontier in yachting is not a ploy to merely save money and look good, but it something that is truly at the heart of the business. Pellegrino agrees, insisting that to be eco-friendly, “Is the philosophy of our projects. It is to be green - this is our work. Low consumption and solar power production are parts of the DNA of the project and the company.”

This year, Arcadia Yachts plan to grown their presence in the industries most integral boat shows. They will be present Dusseldorf, at both Cannes and Monaco towards the end of the year, as well as several shows throughout the US and Asia.