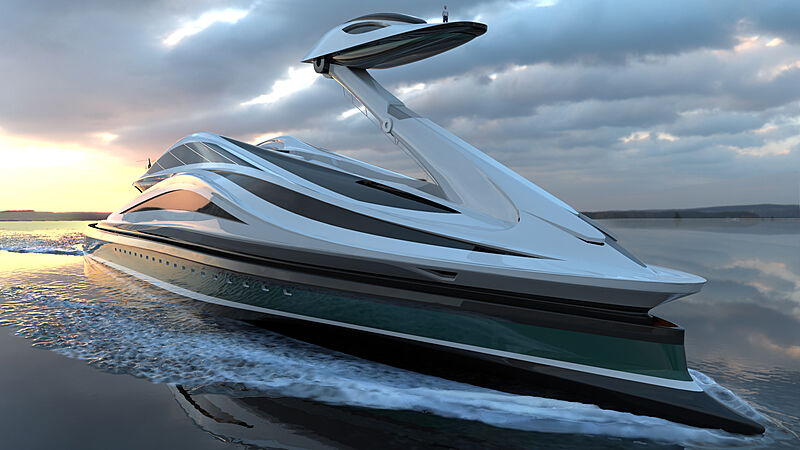 Photo: Lazzarini Design StudioMeaning 'vanguard' in English, the design takes its name from the positioning of the control tower which resembles the head of a swan. With the inspiration for the 'head' stemming from a 1970s Japanese manga, the swan head functions as a control tower to manoeuvre the superyacht. 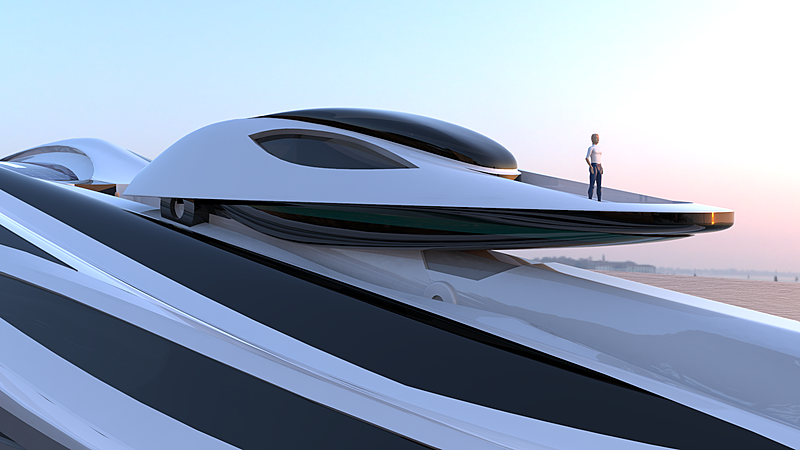 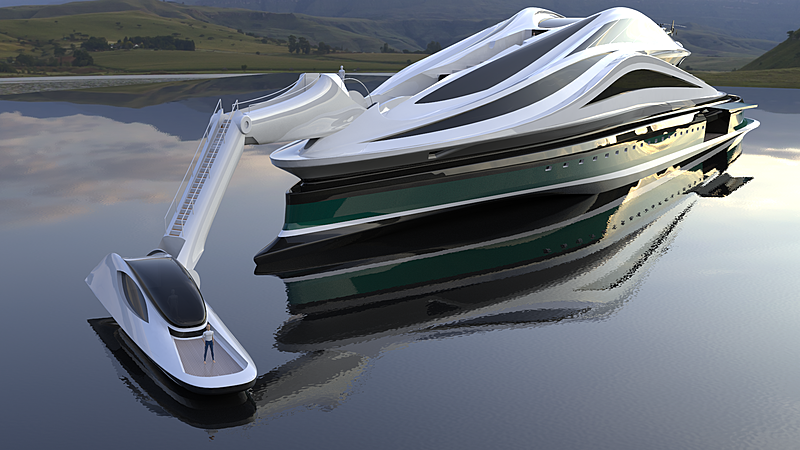 When the vessel is in motion, the 'head' adjusts avanguardia's position by lowering itself to the centre of the superyacht's body. 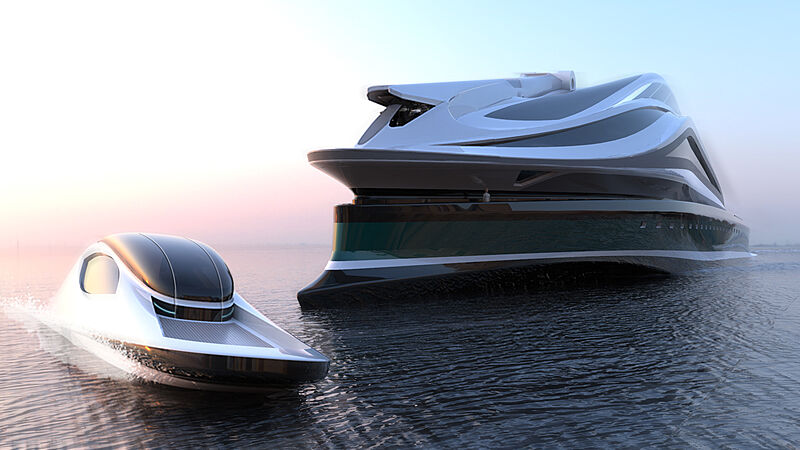 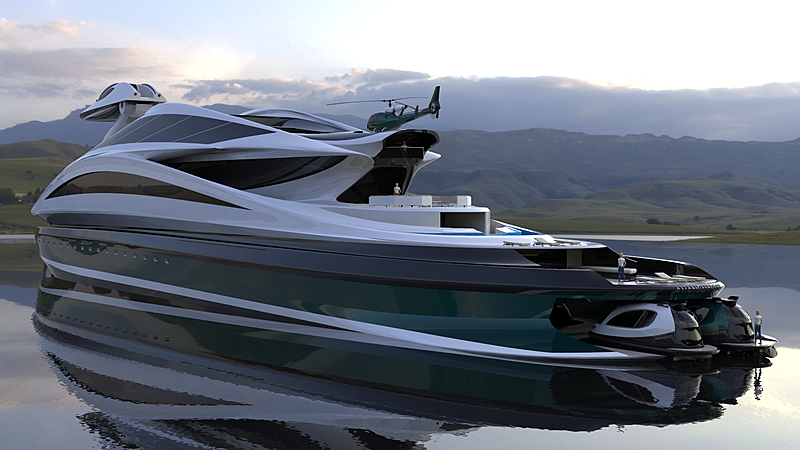 Photo: Lazzarini Design StudioThe rear deck of the avanguardia concept incorporates a personal port for two jet capsules which can be attached to the structure of the vessel to become an auxiliary source of propulsion. 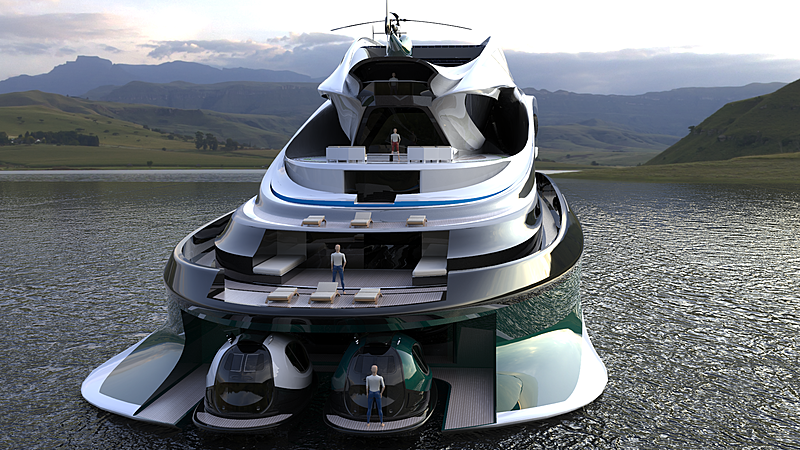 Avanguardia is divided into five decks and could house up to 60 passengers on board, providing accommodation for up to 24 guests, 12 staff and 10 crew. She also houses two helicopters on board and is equipped with two helicopter hangars. 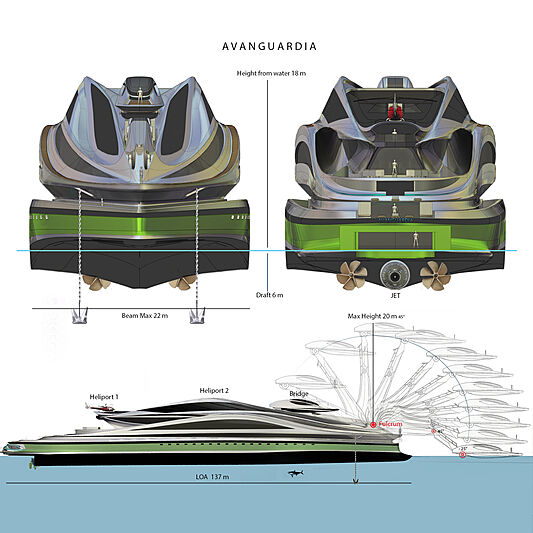 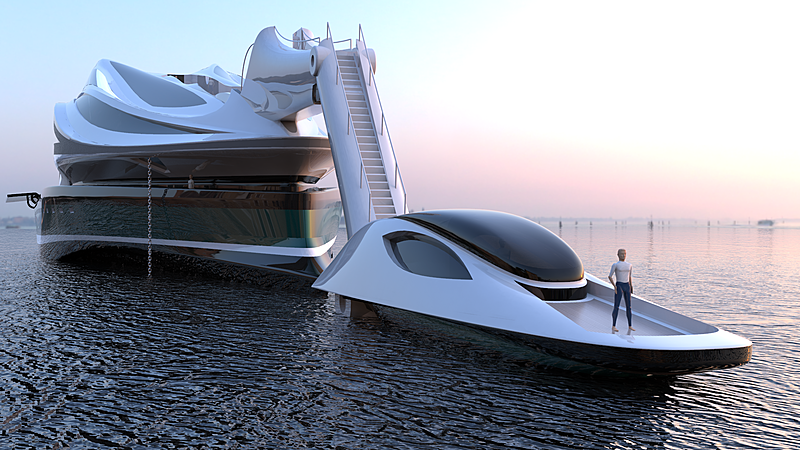 Photo: Lazzarini Design StudioPower to the experimental design is conceived with twin fully-electric side engines, as well as a central MTU Rolls-Royce engine which would enable the yacht to reach a maximum cruising speed of 18 knots. 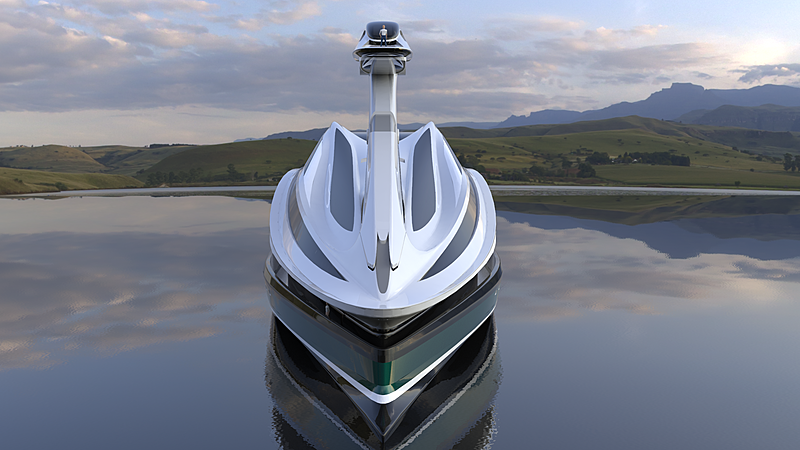 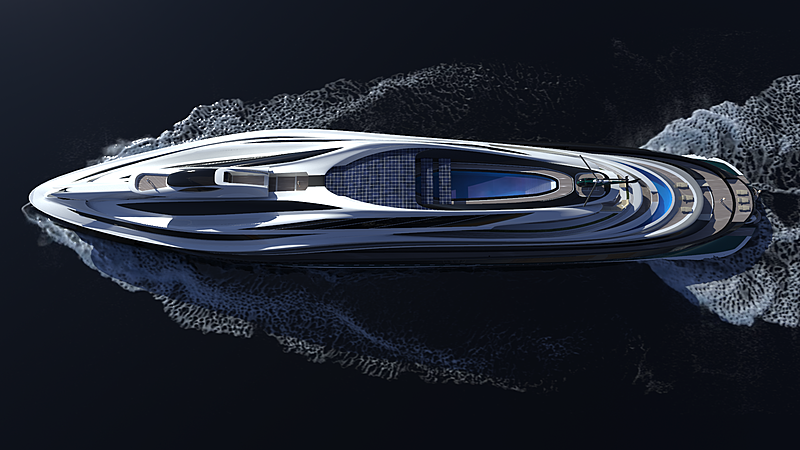 Photo: Lazzarini Design StudioCurrently still a concept, Lazzarini claims that avanguardia could become a reality with a client willing to invest $500,000,000 in the construction. 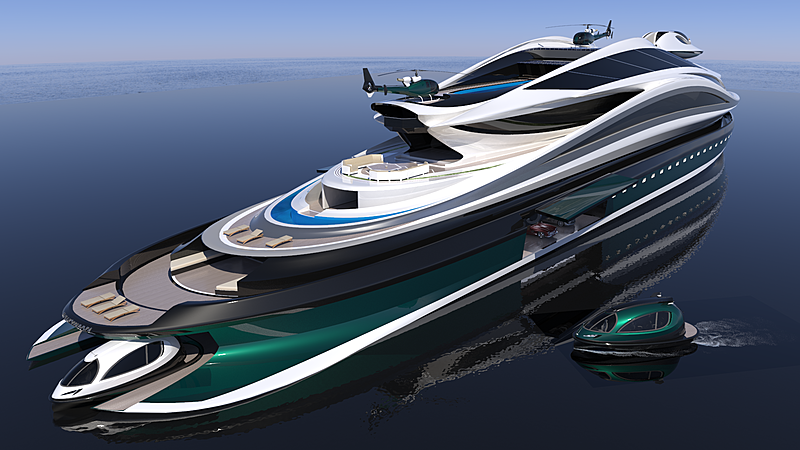