Home > News > Supply and demand: Is the boom in yacht sales sustainable?

The vibe at this year’s Cannes and Monaco boat shows was positive to the point of festive. Stocks were soaring, sales were up and months of lockdowns had whetted the appetite of buyers flocking to invest in floating assets that seemed to make perfect sense in a socially distanced world. “The fog has dispersed, back to chasing the sun,” announced the front page of the 13th SYBAss Economic Report. No wonder brokers and builders were feeling bullish. 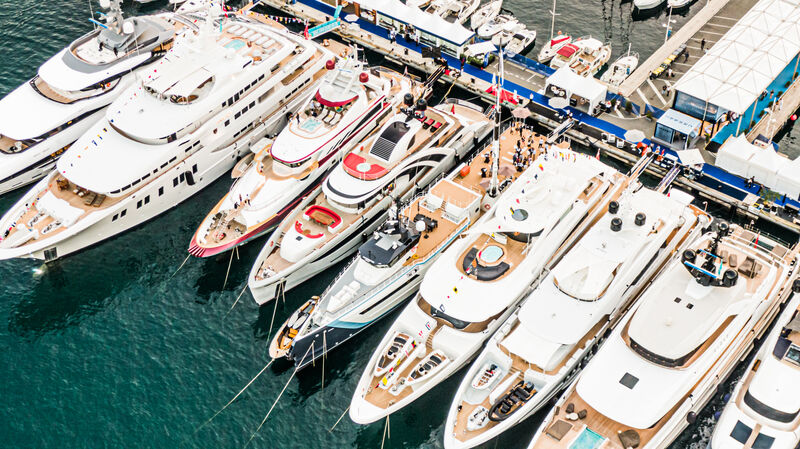 Photo: imagINThere is no doubt that business is booming, but before reaching for the Champagne it’s worth asking a few cautionary questions. To what extent is this uptick simply the result of post-pandemic euphoria? Will it continue as the health crisis wanes? What happens when the stock boats and build slots run out? How is the industry coping with delays in the supply chain and the rising cost of raw materials? The superyacht industry is hardwired into the global economy and notoriously cyclical, so is this a bubble waiting to burst?

A bumper year for billionaires

Arthur Brouwer, CEO of Heesen Yachts, is confident the current boom is more than a passing fad. In his opening address during the Heesen press conference at the start of the Monaco Yacht Show, he referenced the heady years prior to the 2008 financial crash before citing a resurging world economy and the 660 new billionaires created during the Covid-19 pandemic.

“The consensus of the World Economic Forum tells us right now that the global economy will be moving up 5.5 to 6 percent this year and might be even higher,” he announced. “The uptake is enormous and what we expect is that in the first half of 2022 economies will be back at pre-pandemic levels. That means the financial impact of the Covid-19 crisis has more or less evaporated.”

He added that by the end of August, Heesen had already sold as many superyachts as the whole of the previous year. This is consistent with statistics compiled by SYT iQ (Figure 1.B) showing that between Q1-Q3 2021 sales of yachts of 30 metres or more across the industry had already surpassed pre-pandemic levels (1.B), which suggests the negative impact of the Covid crisis has already been wiped out, at least in terms of new sales. Comparisons with the early years of the new millennium are less realistic, however, as figures are way down on the peak years between 2006-2008 (Figure 1.A) and likely to remain that way. 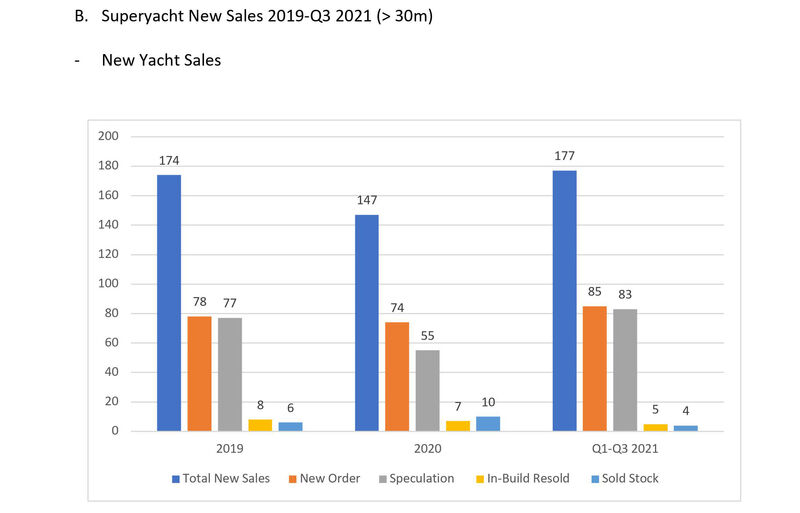 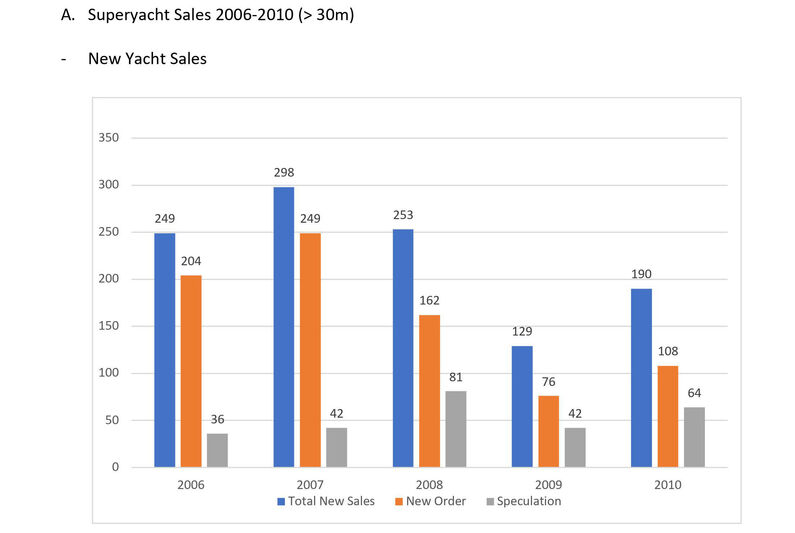 Marco Valle, Azimut-Benetti CEO, maintains that the Cannes and Monaco shows confirmed an upward trend that had already started in the spring and has led to a massive increase in production value on 2020.

“Let’s say that from March we saw a significant increase in demand that coincided with the perception that the worst of the pandemic was over, boats represented a safe haven, the stock exchange was positive and consumer trends were back up,” he points out. “Demand was increasing day after day in all segments of the market and, in particular, we saw a lot of newcomers in the smaller size segment. This represents both an opportunity and a threat, because if you don’t meet these owners’ expectations in terms of product satisfaction and customer service they will not come back for more.”

Farouk Nefzi, Chief Marketing Officer at Feadship, agrees that customer satisfaction is critical to maintaining market momentum:  “We need to keep the new customers enthusiastic; a frictionless and painless ownership experience is essential,” he insists. “If we look at it from a purely analytical point of view, you might conclude that the number of billionaires has risen to an all-time high and that sales are there for the long run. Covid has certainly influenced willingness to buy yachts, for obvious reasons, but whether it will last is a very difficult question to answer.” 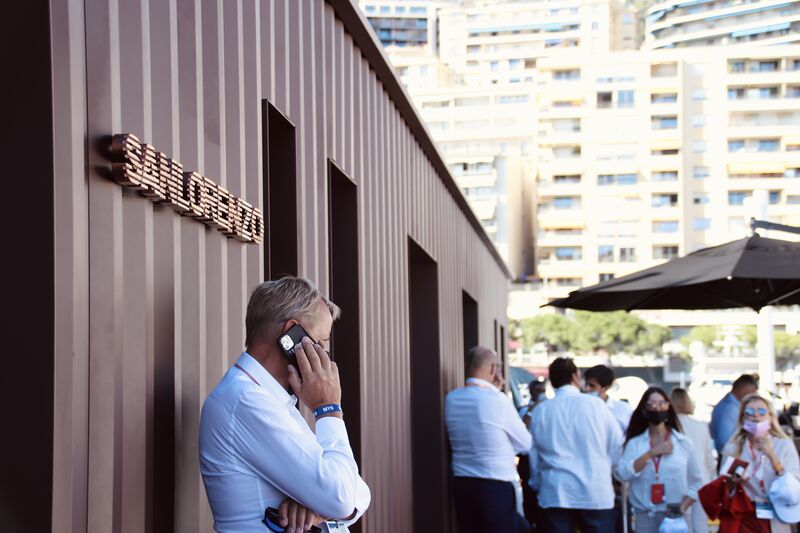 The pre-owned market is just as active as for new builds, if not more so. In just the first half of 2021, more than 380 used yachts over 24 metres were sold – close to double the number over the same period the previous year. Used boats, large and small, are also changing hands very rapidly, a point of distinction between the current health crisis and the 2008 financial crisis that was followed by a glut of second-hand yachts. Marco Valle cites a second-hand Azimut sold by a dealer last summer: when the original buyer had to pull out, it was re-sold within 24 hours. 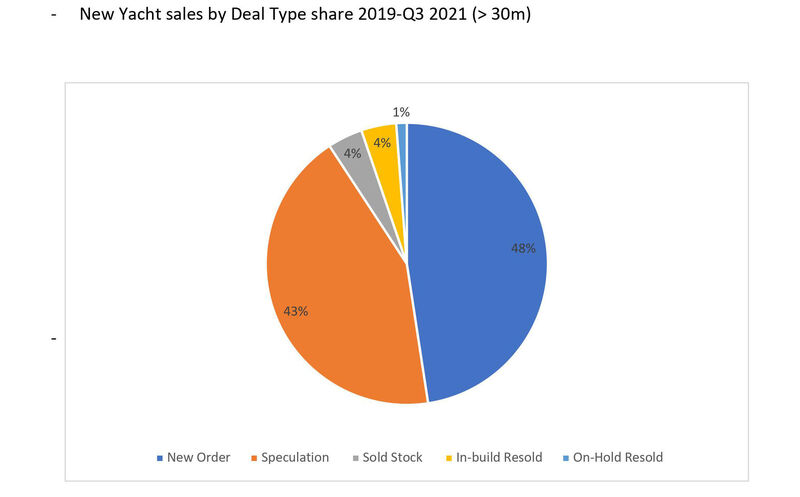 Photo: SYT iQ“Is it realistic? Will we continue to see the market selling yachts so fast?” asks Merijn de Waard, Director of SuperYacht Times, in an online video on this very subject. “Well, I’m not too sure yet. I’m very optimistic and I definitely think yachts will keep selling, but there needs to be the product as well; there needs to be yachts for sale. And if we look at the number of new yachts coming on the market, it is less than the same time last year.”

Peter Insull, owner and director of the eponymous brokerage house, closed what he calls the “Deal of the Year” on a pre-owned superyacht during a period of semi-lockdown in 2020 with an owner who had been in the market for over a year.

“I think this shows that the current boom is not only driven by clients in reaction to the pandemic,” he says. “Historically, events that kicked off boom times come to our market a little while after the event, so it could be that the buyers who are presently benefitting – or profiting – from the state of the world will become more active in the future, which suggests demand will endure for some time to come.”

The market is thriving, but there are a few storm clouds on the horizon that threaten to interrupt the upward curve. Covid-19 has affected supply chains around the world and 94% of Fortune 1000 companies have experienced disruptions. The pandemic has resulted in delays in delivery and big increases in the cost of raw materials such as steel, aluminium and resin for composite builds at a time when demand is at its highest. Shipyards are now having to plan much further ahead to maintain production levels and protect their subcontractors.

“The supply chain rotates around availability of materials, but also how you secure that supply in the short to medium term,” says Arthur Brouwer. “So when we‘re planning a speculation build we ‘buy the boat’ in the sense that we procure all the materials ahead of time. In this market where the supply chain is uncertain, we don’t buy just one boat but up to four at a time, so we have the steel, aluminium, engines, and so on, for multiple projects. The upshot is that we’re able to offer stable prices, but also guarantee long-term work for our key suppliers, which creates confidence and security.”

Not all brands are being affected equally, however. Like Heesen, Azimut-Benetti has ensured sufficient warehouse stocks to cope with current demand and mitigate any shortages of materials. But with products ranging from 40-foot production boats in fibreglass to 100-metre-plus superyachts in steel and aluminium, the group has a much wider portfolio than the Dutch builder and is consequently more exposed to disruptions in the supply chain.

“A supply chain issue in the production of the new Verve 42 has a bigger impact than for a megayacht project, which has a much longer build time and so delays can be more easily absorbed or compensated for,” says Marco Valle. “Everyone is being affected by the supply of raw materials, but I’m more concerned about the availability of those materials than the rising cost. We can adjust our percentages to account for cost variations, but when you have a production run and not enough materials the effect is much more dramatic.” 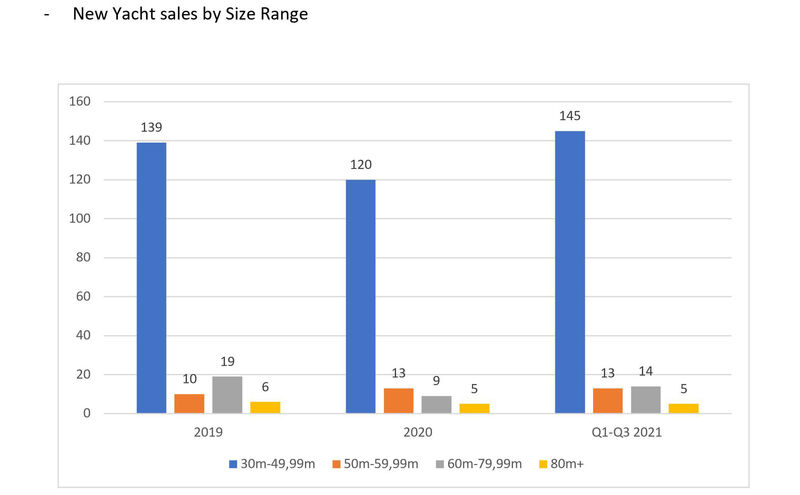 Manufacturers of marine components have also been hit hard by shortages in materials and their rising cost. CMC, the supplier of electric stabiliser systems, has long-term agreements with some of its suppliers and is able to reserve production slots so as not to fall behind in the queue. But in other cases, it has had to give priority to products that impact less on its own production.

“Electronic components are the most affected, which is causing some delays in our deliveries, but no major disruption like in the automotive market,” says Alessandro Cappiello, CMC founder and CEO. “We have strong relationships with our suppliers, so we’re always notified in advance on possible delays and we can sit down with them to find solutions and reduce the impact on our own production. In all cases, we’re anticipating orders and deliveries as much as we can.”

“Pricing is definitely the most difficult thing to manage right now,” says Giorgio Besenzoni, CEO of the Italian company producing accessories for yachts such as hydraulic passarelles and swim platforms. “In some cases, material prices are made at the time of the order or even on delivery. On our side, we absorbed the cost increases until the summer closure, but then had to update our own prices for production to remain economically viable. If the trend continues, we will have to revise them again for 2022.” 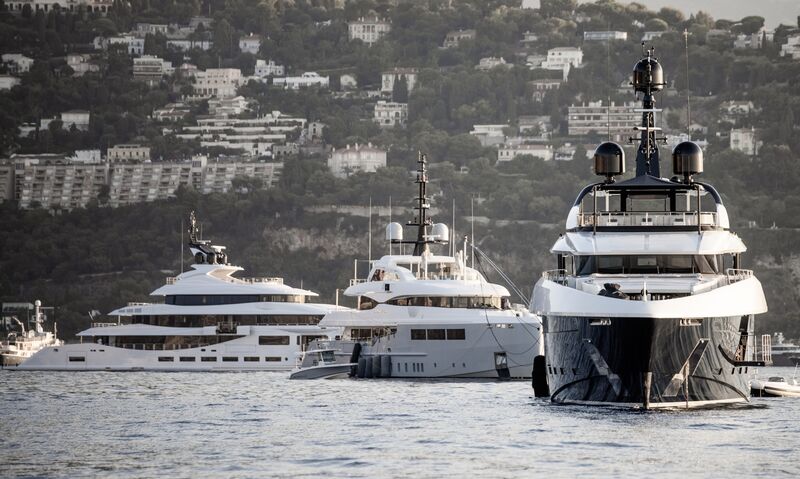 Other factors likely to put a brake on continued growth is the scarcity of build slots and a lack of speculation projects. Many shipyards have been wary of increasing production or investing in spec builds for all the reasons of uncertainty listed above. The industry is still in the initial phase of the classic business cycle of expansion, peak, contraction and trough, but as demand continues to rise it will eventually hit the supply wall and some prospective clients may lose interest.

“We’ve certainly seen a spectacular comeback from the depths of lockdown and right up until the end of the summer we were constantly amazed by the sales numbers, but I have the feeling that it tailed off a bit after the boat show season,” says Ralph Dazert, Head of Intelligence at SuperYacht Times. “One reason for that is because the availability of attractive spec boats is running out and for some popular models you even have a waiting list. Will clients be prepared to wait? You can already see that they might not from the fast-moving used market.”

“Supply and demand are not matching anymore and that has an effect on pricing, margins and quicker sales, which we have all experienced lately,” concludes Arthur Brouwer. “As supply drops even further, we will see an increase in market pull over the next 18-24 months. Then I think companies will start coming in again with those spec projects, which will provide some relief and the over-stretched market will normalise again.” 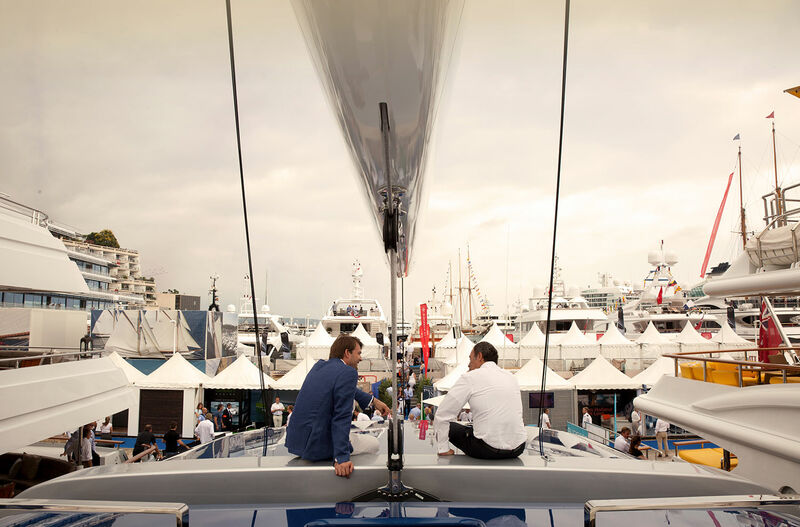