ISA Yachts has launched the first ISA140, named Silver Wind. Silver Wind is a 43 metre planing composite superyacht, designed by Andrea Vallicelli, with an interior by Nuvolari & Lenard. I visited the yacht last month, and discovered some interesting features on board. 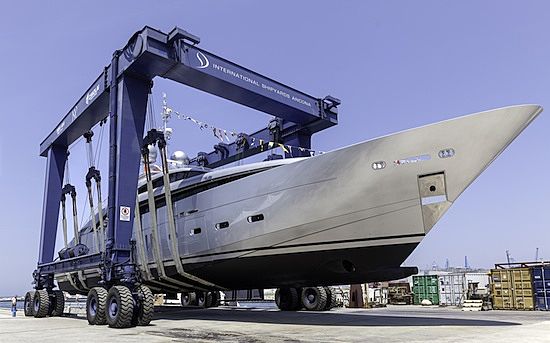 The most innovative feature, is her hybrid propulsion system, developed by Siemens and ISA Yachts. Silver Wind can both run at the maximum speed of 32 knots and a cruising speed of 26 knots with a “traditional” propulsion system consisting of two marine diesel engines driving two Rolls-Royce Kamewa waterjets through reduction gear-boxes, and navigate at low speed of 8 knots with the two main engines off. In that case, the two waterjets are powered by the two electric motors connected to the gearbox. In electric mode, the total fuel consumption is just 90 l/h for a range of 2600 nm 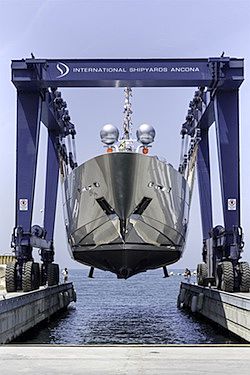 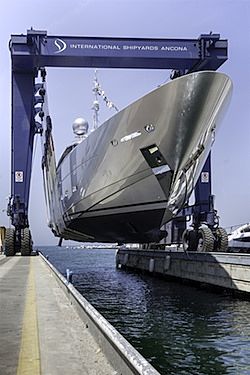 Another interesting feature is her bridge layout. Transas developed the bridge concept, Team Italia, designed the bridge console and Rolls-Royce, provided the custom-made waterjets control system. The result is a highly technological pioneering bridge, second to no other in terms of customisation and integration.

Silver Wind is scheduled for delivery in July 2014.