What exactly do you know about Nobiskrug? For starters, you probably know that it is a German shipyard headquartered on the Eider River in Rendsburg. With its foundation in boat building dating back to 1905, you may be aware that Nobiskrug has been delivering superyachts since the millennium and that the 92.43-metre Tatoosh was its first build to hit the water in 2000. You also probably know that Nobiskrug now has a fleet of 10 superyachts, including the headturning Sailing Yacht A, Sycara V, Mogambo and Odessa II. At a push, you might also know that the shipyard is now part of the Privinvest Group - a major international naval construction group. However, one fact that you will almost certainly be aware of about the shipyard is that, despite its many successes over the years, it isn’t one to seek out any kind of media attention, because, quite frankly, it doesn’t need to. 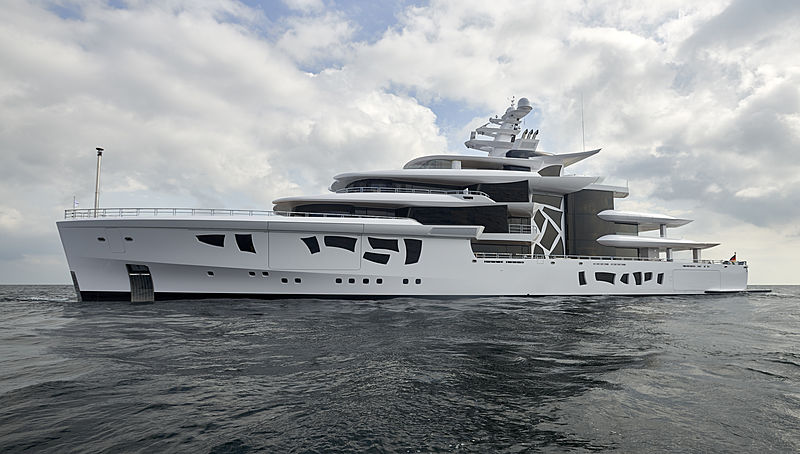 Photo: Francisco MartinezThe same can be said for our next interviewee, the archetypal man of few words, Mr Iskandar Safa, CEO and Chair of the Privinvest Group, who co-founded the Group with his brother Akram almost thirty years ago. Headquartered in Beirut, Privinvest owns three shipbuilding yards in Germany operating under the German Naval Yards umbrella which represent the largest naval yards in Germany: German Naval Yards Kiel (GNYK), Lindenau, and, of course, Nobiskrug. Born in 1955 in Beirut, Lebanon, Safa obtained a civil engineering degree from the American University of Beirut in 1978, followed by an MBA from the highly-reputed graduate business school INSEAD in Fontainebleau, France in 1982. From there, he started his own business in trading and offsets before moving into shipbuilding in the early 1990s, acquiring his first shipyard, Constructions Mécaniques de Normandie (CMN), in France and transforming it from a struggling company into a thriving enterprise in the space of two years. 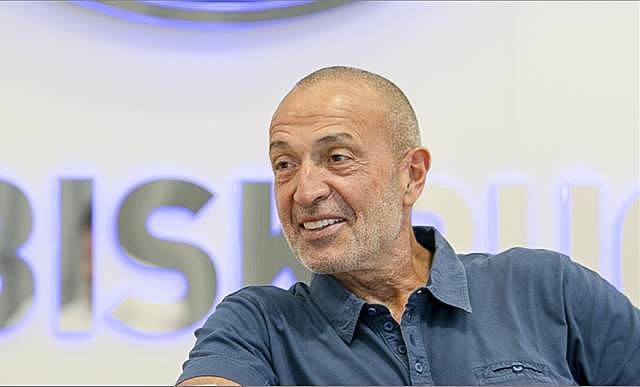 Photo: NobiskrugAs a major step in his business career, in 2007 Safa joined forces with the UAE-based Al Aïn International to form the Abu Dhabi MAR (ADM) naval construction group - which aimed to launch the yachting industry alongside the shipbuilding and military industries in the region - before buying them out and gaining exclusive ownership of ADM in 2011. In between, ADM had gained a controlling interest in Nobiskrug, which they later bought, followed by the purchase of the HDW Gaarden yard in Kiel - which is now known as German Naval Yards Kiel - in 2011. Fast-forward to today, and the shares of the ADM holding company are held by Privinvest, which employs over 2,500 core employees and operates shipyards alongside various other facilities across France, the Middle East and Germany, so far delivering more than 2,000 naval vessels, commercial ships and a selection of superyachts to over 40 navies and private customers worldwide. Alongside shipbuilding, the Privinvest Group also maintains a diverse range of other activities, including real estate, media and logistics. 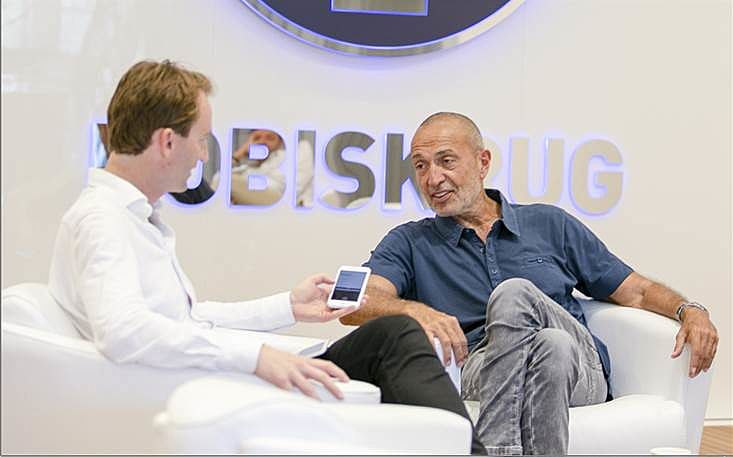 Photo: NobiskrugWith all of this behind him, you might expect that Iskandar Safa would have something to shout about. Not so: the self-contained Safa is understated about his success. When asked about the first steps in his career, he replies, “I am a civil engineer. I worked as one, then I got an MBA, started my own business in offsets and moved into shipbuilding - and that’s how it went.” Where superyachts are concerned, Safa focused his early efforts on building a handful of vessels at the CMN shipyard (predominately building corvettes at the time), the best known of which were the 60-metre Cloud 9, (now Ice Angel), and Slipstream, which were both designed by Andrew Winch and delivered in 2009. Once Nobiskrug was part of his portfolio, however, Safa made the decision to concentrate the Group’s yacht-building endeavours in Germany to gain the all-important stamp of build quality on Privinvest’s superyachts, meaning that CMN is no longer active in yacht building today. As he explains, “This is about the perception of the market - it makes much more sense to build in Germany than in France even though the quality is similar.” 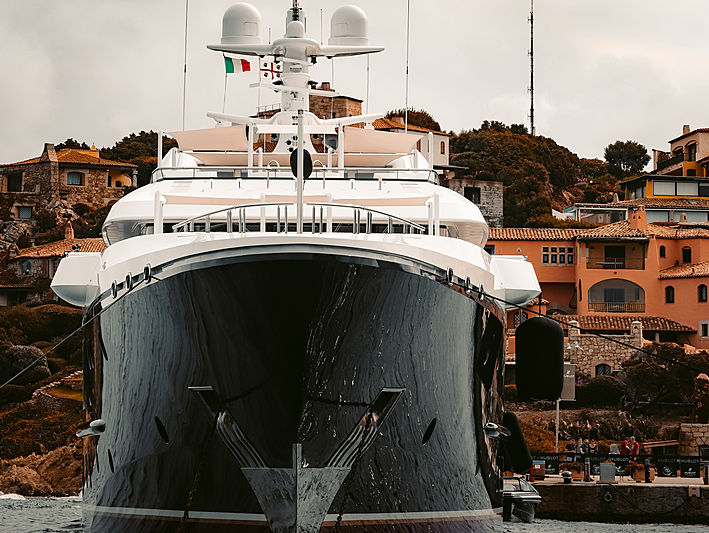 Photo: Charl van Rooy / SuperYacht TimesIt is clear from speaking to Safa that the yachting part of Privinvest is no small part of the business. Despite bringing in a smaller proportion of the Group’s turnover than the military element of the business, the typically understated Safa is quick to highlight their “very solid order book” at Nobiskrug and to explain that Privinvest puts as much effort into yachts as on the military side of things. Indeed, for Safa, there is fruitful technology and information exchange between the military and yachting elements of the Group: “You always get new technical ideas from the military that you can apply to yachts and vice versa.” With this connection established early on, we take this fascinating and rare opportunity to learn as much as we can about the current state of the German shipyard from this broader context, and get hints of what it could have planned for the future.

How involved are you personally in the day-to-day running of Nobiskrug?

For the day-to-day running of the yard, I have very good teams who can do this for me. I am involved with the sales if my team believe I could bring an added value: I will discuss it with them and see if this is really the case or not, and if it is, I am very happy to be involved.


You started Privinvest with your brother: is he still actively involved in the company?

Absolutely. Because Privinvest is not only shipbuilding but we have a number of activities which we undertake, so we play the real roles of shareholders and follow the different businesses we have. We are not involved in running the business ourselves: we have teams doing that for us and they do it very well.

Nobiskrug has various yachts in build including the 77.1-metre Black Shark and the 61.95-metre Project 794 – the keel of which was laid at the end of June. From the outside, it looks like everything has fallen into place quite suddenly for the yard with a lot of new contracts signed over the last few years. Why is this?

The successes which Nobiskrug has had in its recent history are due to the motivation of the teams involved and our investments: this brings results. Some of the iconic yachts we have built show that Nobiskrug means high quality and delivers regardless of conditions. Sailing Yacht A is a very good example of that.


Do you think that Sailing Yacht A was an eye-opener to the outside world for the brand and the company?

Honestly, I don’t think people began to recognise us overnight. They did not wake up one day and say, ‘Oh look, it’s Nobiskrug.’ You build up an image by putting quality into what you are doing and that’s what we have been doing for more than 10 years now. All of this did not come without investment and we have invested substantially in Nobiskrug. 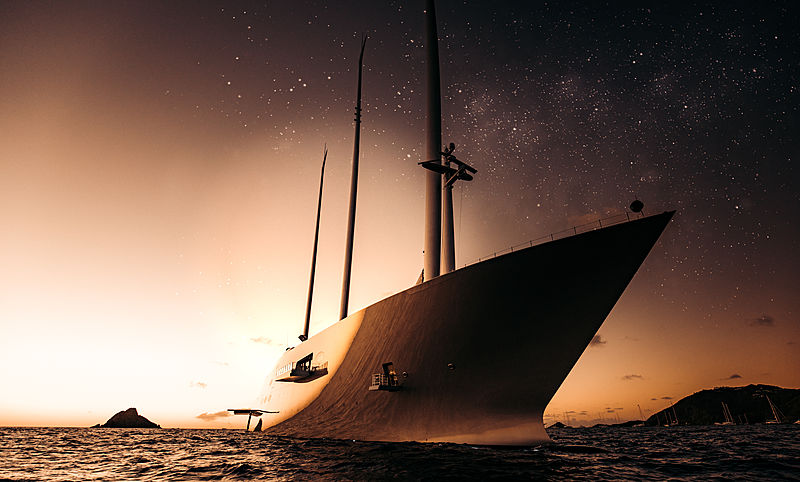 Photo: Charl van Rooy / SuperYacht TimesWith a lot of yachts currently under construction, is this a challenge for Nobiskrug?

It is a challenge for sure, but this is very much complementary to the military side of our business. We have enough capacity that we can take advantage of it from time to time. If you need more capacity for the yachts, you can use the military shipyards and vice versa.


How do you see Nobiskrug in 10 years’ time? Are you looking to have more contracts simultaneously going forward?

If you are looking at the next 10 years, we definitely need to have more contracts, as we can’t manage with just the ones we currently have. The more contracts we can bring in, the better we are. We can provide the quality we provide today and even more, as we then have the challenge of continuously improving. I would not build more boats to the detriment of the quality because I would have to pay for it afterwards.


In terms of build size, what would be the biggest you would go to? Do you see yourself breaking the 200m barrier?

We are one of the companies that enjoys taking on challenges. Some of the yachts that we have undertaken that have been very successful are ones that others would have hesitated to take on. That is where you can do better and you can really push the borders, optimise your skills and do more. If an owner wants a big boat, it can work: we respect that and do everything according to what they want. With this in mind, the future needs of owners could require us to build a 200m+ yacht. 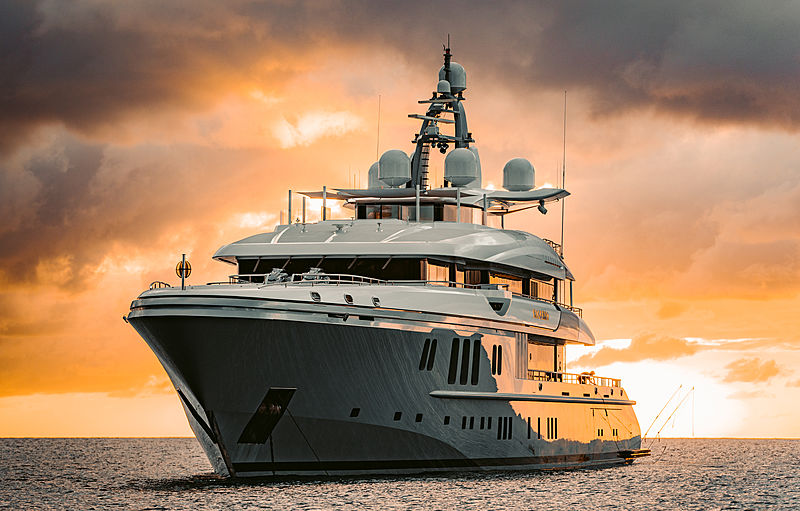 Photo: Charl van Rooy / SuperYacht Times
Although it’s not something you do at the moment, would you consider building yachts on speculation with Nobiskrug?

We have considered this - it is a business model that I respect and which could make sense but it is not the only business model that exists. We have decided to service the market and not anticipate for ourselves what the market is going to do in the future. Maybe we will do it later on, but I do not want to take the risk of building a boat that fits what we want and having to hope that it will also suit the market.


Would you ever build your own Nobiskrug yacht?

There are two ways to look at this: first of all, people would think I have confidence in my shipyard if I built a yacht for myself. But I don’t need to build a yacht to show that I have confidence in my shipyard, so let’s waive that thought. Secondly, I don’t want the capacity of my company to be concentrating on something for myself or my brother. I would prefer to do it for the market and then, later on, we can see if we’ll do it for ourselves.


Have you also considered buying shipyards in the South of Europe to add to your portfolio at the Privinvest Group?

Well, we did this in 2010 [Ed: in September 2010, the Privinvest Group purchased 75.1% of Hellenic Shipyards Co. in Skaramangas, West Athens]. Unfortunately, Greece had its own issues at this time which meant the investment has not come to fruition. If there are other opportunities that we believe make sense in the future, we will consider it. 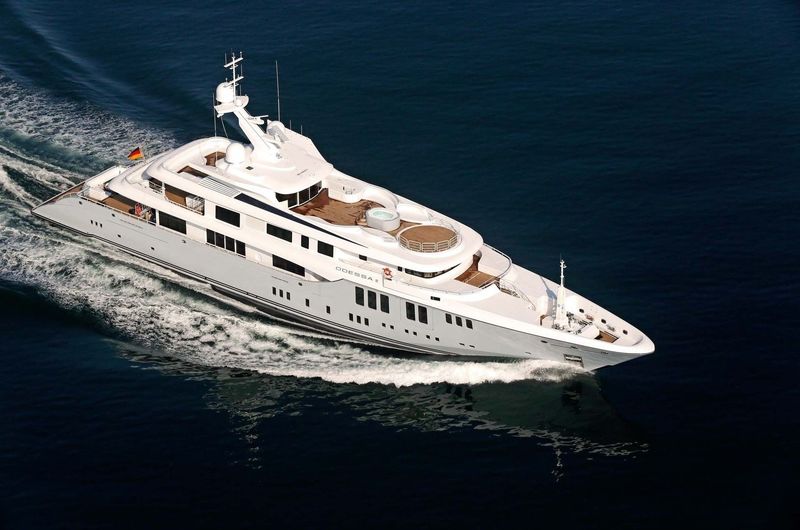 What are the biggest differences you see between the military and yachting industries?


Looking at the world economy, do you think the yachting industry will keep growing over the next 5-10 years?

Absolutely. You have new markets emerging today, so there are still going to be customers for yachts the same way that there are customers for planes. You have a lot of private planes being bought from these emerging markets and this will also apply to yachts. India will be even more present in this market, China will start up and become a major customer and we will see people from African countries as well. There are many substantial customers for yachts in Africa, and the big growth everybody expects can be found there.


Finally, some people question whether the younger generation will still be interested in owning big yachts in the future. What do you think of this potential challenge to the yachting industry?

Of course, there are challenges. People have been questioning the ownership of everything for centuries, whether it is real estate ownership or plane ownership, and it will continue like that. I am not worried that it will not carry on - it will. People will continue buying superyachts and houses and things will keep moving onwards.