Organisers host a stellar evening of cocktails, dancing and the all-important prize giving on the final day of the regatta. Auckland’s Viaduct Event Centre played host to the NZ Millennium Cup’s penultimate evening on Sunday. Owners, crew, sponsors and guests gathered to celebrate an incredible three days of racing, and applaud the winner, as the sun went down on a hot Auckland day. 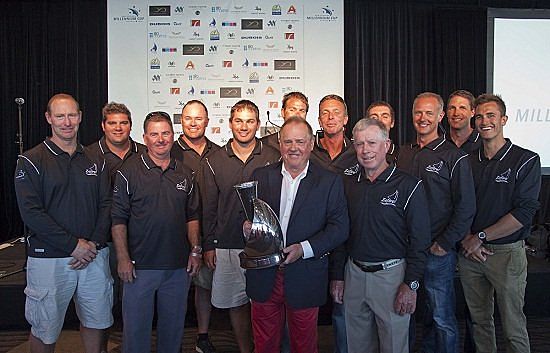 Touch of Spice, luxury lifestyle company ensued all the ingredients were in place to make the evening a success. Plying guests with superb Mount Gay Millennium Mai Tais, Stoke Beer, Allan Scott wines and outstanding food. As the guests gathered, talking waterbombs, photo finishes and cruising routes around the region, sports broadcaster Peter Montgomery was preparing the prizes. Silvertip placed second overall, and also received the prize for sportsmanship, in recognition of her approach to, and goodwill during the racing. 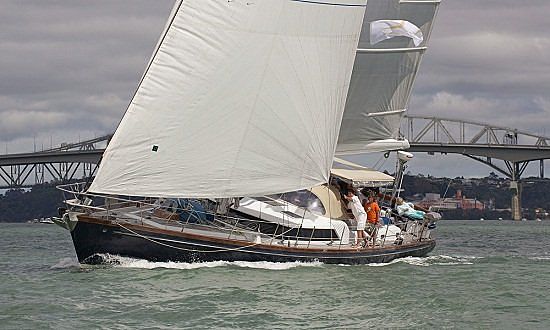 A special prize went to the owner/skipper of Sea Toy, for her fun approach to the regatta. Her owner has been appointed ambassador-at-large for yachts in the 60-80ft division for the 2014 event. From enthusiastically encouraging other owners to enter, to dropping a line and catching enough for a mid-race lunch on the aft-deck, Sea Toy’s owner and guests were a great example of making the most of a beautiful three days on the water. 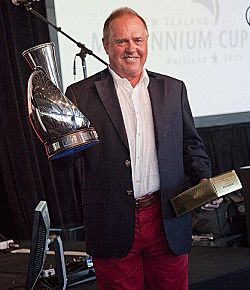 A special prize was also in store for Janice of Wyoming. Awarded the accolade of best exit from the Viaduct Harbour, Janice had earned her stripes with a slingshotted waterbomb volley at rival yachts, as well as sponsors and bystanders. MC, Montgomery, also made sure to take the time to thank Janice’s owners for their constant support and advocacy of the New Zealand superyacht industry.

And then it was time for the results. Third place went to the yacht who’d been drawing admiring glances throughout the competition, Ohana, having battled with Silvertip for the duration of the regatta.

Second place went to her competitor and Sunday’s winner, Silvertip, earning her place with her ability to fight all the way to the line.

But the winner of the NZ Millennium Cup 2013, was Zefiro - storming away with the trophy after winning two of the three races. The popular owner and crew were roundly applauded and then the business of the evening was over and it was time to get down to the serious task of celebrating a great regatta and plotting next year’s tactics.

With Touch of Spice steering the festivities guests were in for a treat. Topping off a great three days on the water, the gala dinner was the icing on the cake. And (a few long sleep ins aside) it’s safe to say the NZ Millennium Cup 2014 will be one that’s already chalked into the regatta calendar for any owner with a fierce competitive spirit and sense of adventure.