Fraser Yachts is very excited to announce the arrival of Jim and Jamie Wallace as the latest team members to the Fraser Yachts Sales Team in Fort Lauderdale, FL.

Jim Wallace - Sales Broker
Jim spent his childhood playing and club racing in various small motor and sailboats on Harleston (SC) harbor and thus began his love affair with the sea. Since that time, he has never lived far from the ocean and has been fortunate to have been in superb boating locations: Key West, Mt. Desert Island, Captiva Island, Annapolis and Palm Beach. 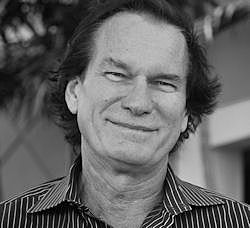 His university studies were in architecture but subsequent to his Navy service he reverted to the sea, working in various maritime pursuits: heavy marine construction; commercial fishing; sport fishing; small boat charters; marine service; sail and power deliveries - basically anything to do with the ocean. In any spare time he enjoyed all sports and especially any to do with water - either liquid or crystal (snow).

He started yacht brokering in 1980 with McMichael in Annapolis; initially this was for sales of sailing boats in the 30'-80' size range. However, the bulk of business then and now is in motor yachts. Since he was spending all of his time on planes to Florida or to Europe, to show and sell yachts, Jim moved to Palm Beach in 1993. In 1995 he started working with Camper & Nicholsons in their Palm Beach office.

In March of 2009, to best service his international clientele, he joined the highly qualified team at Fraser Yachts.

With his design background, Jim enjoys new construction projects. Some of which he has done for with highly experienced clients have been:

Jamie Wallace - Junior Sales Broker
Jamie, born in Annapolis, MD, has lived in the Palm Beach area for the past 13 years. His parents have always been avid boaters and he inherited the same trait. He has enjoyed sailing extensively in the British Virgin Islands, Belize and in the Bahamas and fishing along the Florida coast and the Keys. 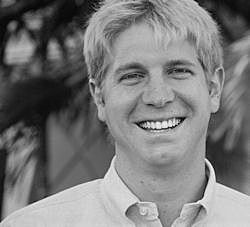 He enjoys all water sports from SCUBA diving to surfing and land sports from snowboarding to being a tournament caliber tennis player.

Jamie graduated from Eckerd College in 2007 with a degree in management and has taken numerous international courses in Morocco and Southeast Asia (Cambodia, Laos, Vietnam, and Thailand).

Upon graduation, he started work on his MBA but decided to put that on hold and went to work with his father at Camper & Nicholsons, Palm Beach office as a junior broker.

After a year with Campers he decided to accompany his father when he moved to Fraser Yacht’s Ft. Lauderdale office. Jamie is excited about the superb quality of the team at Fraser’s and with this transition he looks forward to bringing his unique personal skills to his clients and to the company.