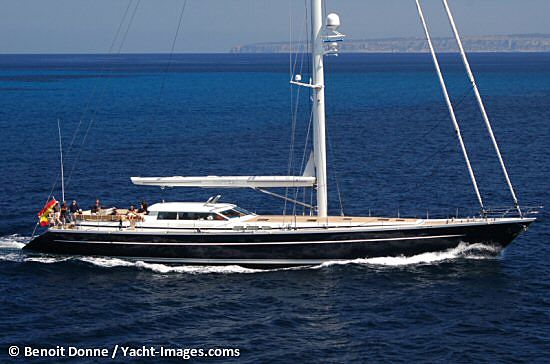 Piaffé 2 cruising off Palma on 8 June 2007. Piaffé 2 was built by Jongert Yachts in 2000 as Bagatelle and sold to her present owners in 2007. Before upgrading to this Jongert 3400M, they owned the Jongert 2900S Piaffé. Both the interior and exterior of Piaffé 2 were designed by Jongert, with naval architecture by Doug Peterson.