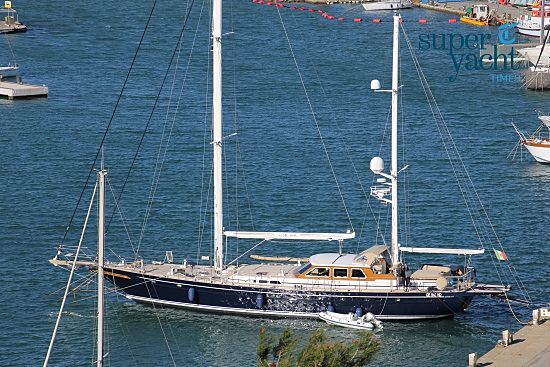 Built by the Dutch shipyard Jongert Yachts in 2005, the 31 metre superyacht Alme Sol was recently spotted in Porto Ercole in Tuscany, Italy. She accommodates up to eight guests on board over four cabins, consisting of three doubles and one twin. A crew of four are also accommodated for on board.

Inside, she boasts a classical interior design in mahogany, and is a truly traditional Jongert sailing yacht. Powered by one Scania diesel engine, she has a maximum speed of 11 knots, and a cruising speed of 9 knots.