Mike Slade’s Maxi Yacht, ICAP Leopard is back in The Solent preparing to take on formidable opposition in the historic JP Morgan Round the Island Race. ICAP Leopard holds the monohull course record for the 50-mile race around the Isle of Wight and has taken Line Honours every year, since she first competed in 2007. 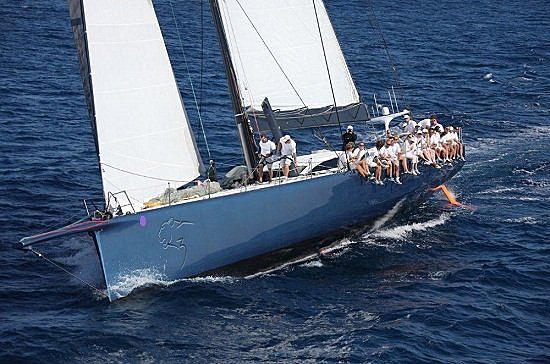 Slade’s record breaking 100ft Maxi ended the 2012 season in style, scorching across the Atlantic in just over 7 days, to win The International Maxi Association’s Transatlantic Race. Line Honours in a tough RORC Caribbean 600 was to follow and after sailing back across the Atlantic, ICAP Leopard is now ready for an extensive racing and charter programme in Europe, including the historic Rolex Fastnet Race, this August. 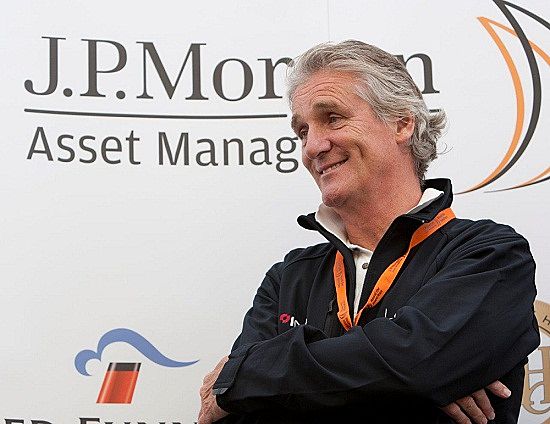 Mike Slade has had a love affair with the Round the Island Race for 25 years. “It’s where it all began.” smiled Mike. “The first race we ever did was on Ocean Leopard back in 1991, we broke the record then and we have held it with three different boats since, it has become something of an enigma. It is an intriguing race, no wonder it draws 1800 yachts each year. It is a wonderful sight to see all of those boats, some of them have been doing it since the 1930s. This year, we will have some fantastic yachts challenging Leopard; Alex Thompson’s Hugo Boss, Brian Thompson’s Artemis and Andy Budgen’s Monster Project are all capable of giving Leopard a run for her money. For me that makes this fascinating race even more exciting.”

Chris Sherlock has been Leopard’s Captain for over 20 years. “I can’t remember a more competitive fleet for Line Honours in The Round The Island Race.” admitted Chris. “Since Leopard 3 was launched, Volvo 70s and IMOCA 60s have been getting more and more powerful and this year it should be one hell of a race. Last year, Leopard was just 5 minutes outside the current record, which we set in 2008. However, we will need to be in top form this year just to be the first to finish. Taking the gun will be our objective and if the conditions are right, we know we are capable of beating our own record.”