When it comes to the 100+ metre field of yachts, few capture the imagination as instantly and as vividly as Oceanco’s new 110-metre Jubilee. Her exterior profile, studied from whichever angle, leaves one mesmerised and slightly perplexed even as the mind attempts to make sense of where lines begin and where they end. This level of illusionary design is not often found on this scale and makes the entire project ever more impressive. With so few details known about the yacht herself, SuperYacht Times spoke with the man behind this captivating design, Igor Lobanov, and his studio Lobanov Design to get the story behind her unique look. 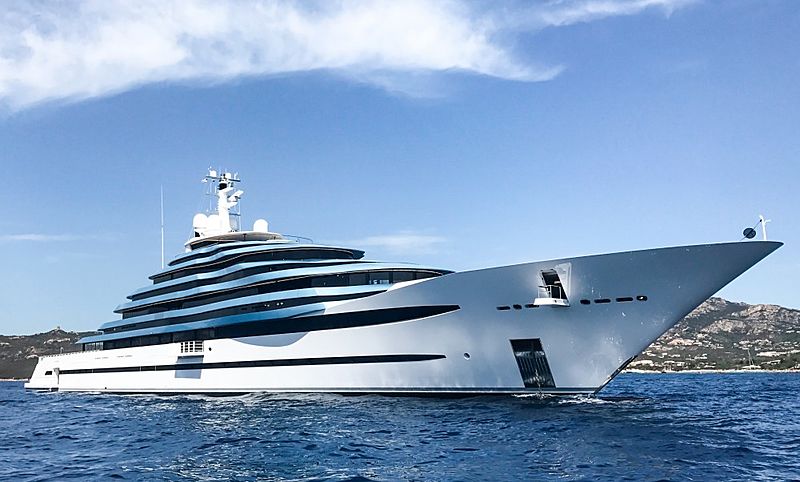 “You can say that it was a type of experiment,” he explains when I ask him how they arrived at Jubilee’s one-of-a-kind exterior. “There was no request or any kind of exterior design brief. Often when I or another designer from our studio has an idea that seems interesting we would do a quick concept sketch in 3D. Our private portfolio contains many such projects and Jubilee happened to be one such concept picked out by the client.” 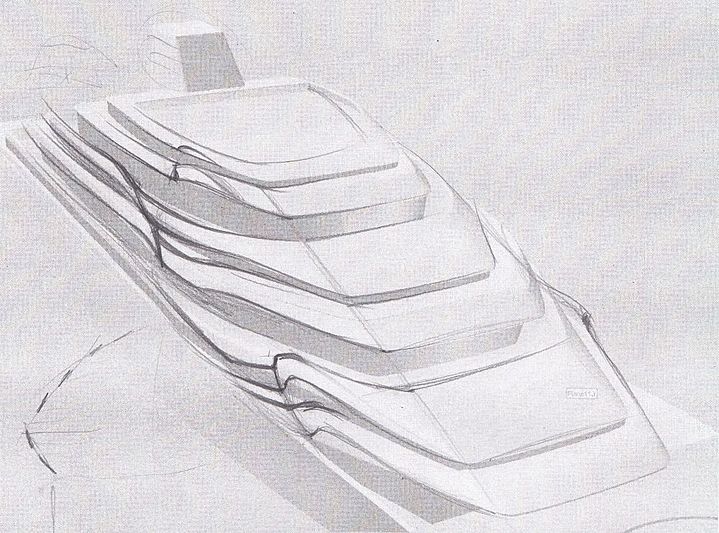 There was, however, a clear motivator behind those curved shapes of Jubilee. As an ex-car designer himself, Lobanov is known to draw inspiration from several fields of design and this project was no different. “Modern architecture,” says Lobanov. Before Jubilee, we had a concept called Unfoundland which was based on a platform with above-average deck heights. The the studio looked towards solutions used in the design of buildings and real estate to arrive at a well-proportioned and sleek profile despite the immense volume of Unfoundland. “So I started to think about a visual trick on how to hide the excessive height of the yacht. This led us to the idea of having it appear as if there are more decks than what the yacht really has.” The original platform was never used but the styling and design remained to create the Jubilee we see today. “I thought that perhaps the 110-metre will look more like a 140-metre.” 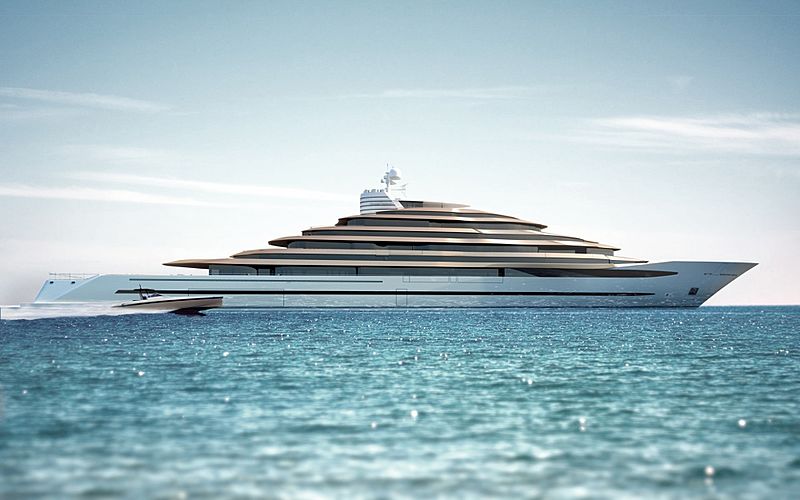 Despite having the design intended to make the yacht seem somewhat larger than in reality, Lobanov wanted deck space to feel familiar and comfortable at the same time.“In our opinion, the spaces on a yacht have to be comfortable both for small groups of people as well as for larger ones.” He set out to create an opulent yet functional and, surprisingly, homely environment. “During my travels I often get to stay at grand hotels, especially in the off-season when there are fewer guests around. I find that I don’t like eating alone in large empty saloons or sit on the huge terrace of a 5-star hotel with no one else around.” 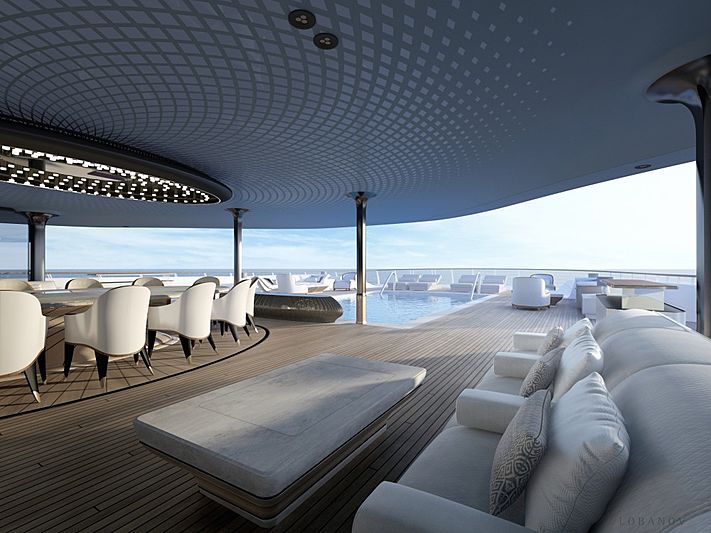 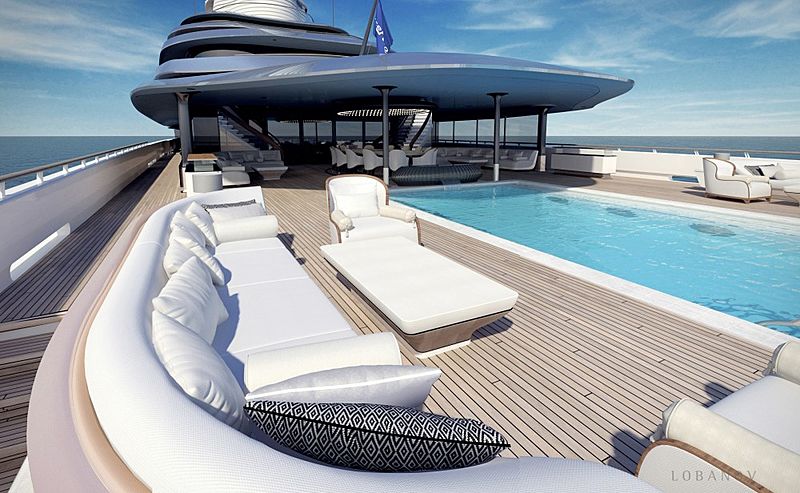 It was this sense of loneliness that Lobanov tried to avoid at all costs – something not easily achieved on such a large vessel. “On Jubilee, we wanted to offer guests with a variety of options. There is a very large and open space on the main deck, a medium-sized sundeck for mixed uses and a much smaller and cosier owner and upper decks. Imagine it is only the owner and his wife spending time on board this 110-metre yacht – now they can choose to be on their own deck designed just for them without feeling lost.” The same philosophy was applied to the layout of the interior, designed by Sam Sorgiovanni Designs, with larger saloons are accompanied by smaller tea rooms, game rooms libraries suited for two to four guests. 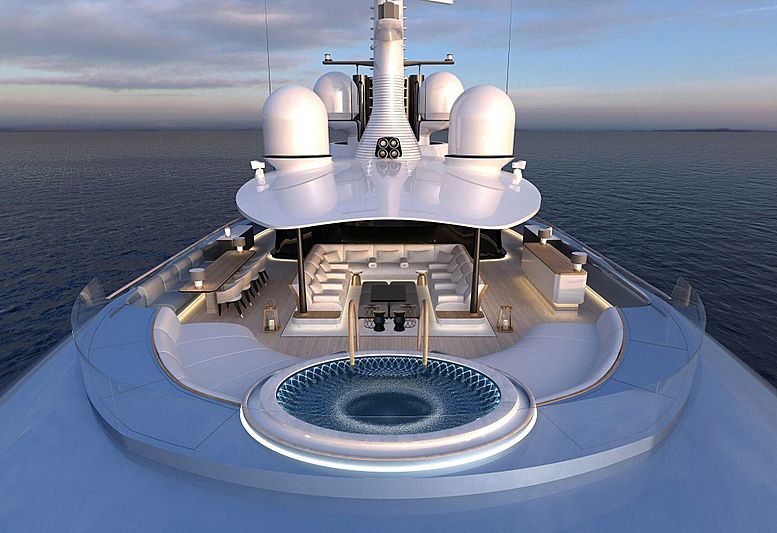 Such an elaborate design, however, does seem rather complex to build. But is it really? “The has more different surfaces and consequently requires more man-hours to build the superstructure. But if you consider the size of the overall project, I don’t feel there is a dramatic increase in total build time, no. Either way, if anyone could have pulled it off it would have been the project teams at Oceanco and Burgess.”The client was introduced to Oceanco by Burgess who then closely followed the project as Technical Consultants. Few know the project better inside and out than this team at Burgess which is also why they are exclusive worldwide central agents for the sale of Jubilee. 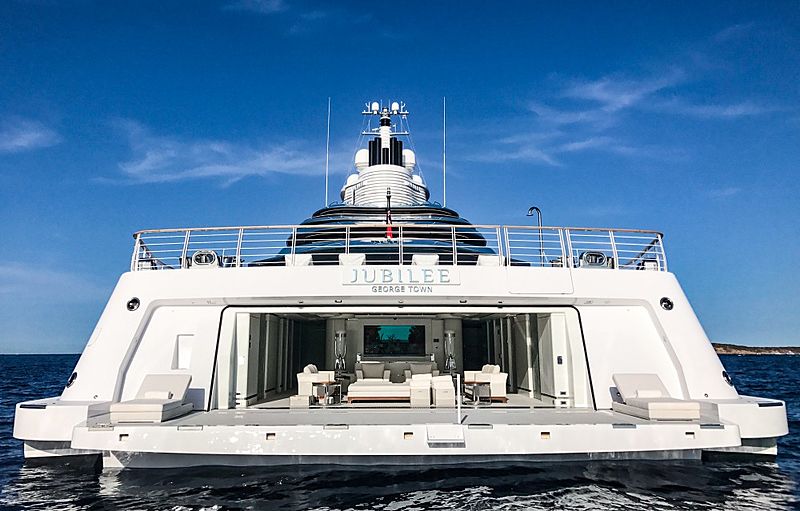 However iconic Jubilee may or may not become, Lobanov’s one-yacht one-design philosophy still applies and it is unlikely that we will see another of her kind be constructed anytime soon. “This style is not going to become our trademark as Jubilee is just one of our ideas which we are constantly generating. It is in a way a demonstration of our force.” 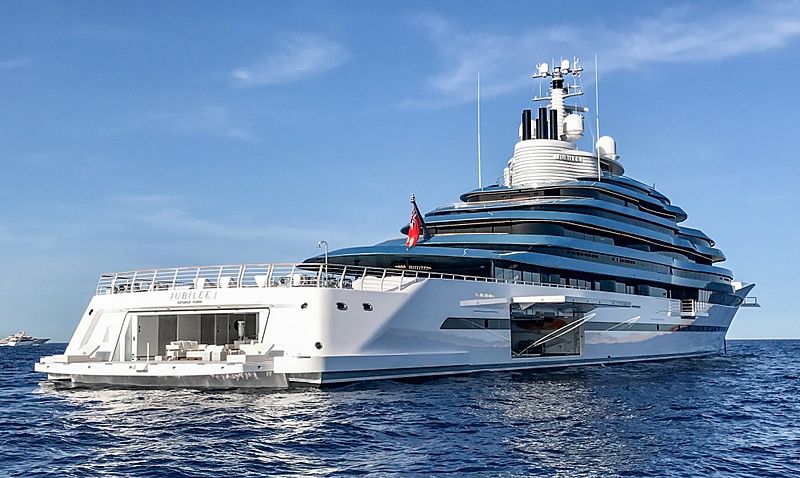 After her recent delivery from the Oceacno shipyard, Jubilee is spending her first summer season in the Mediterranean and will be on display during next month’s Monaco Yacht Show through Burgess.

Insight: Thinking ahead with Lobanov Design