Index
Launched at the New York Yacht Club in May, the Camper & Nicholsons International Superyachting Index provides an in-depth analysis into the industry’s different segments. Using a cross reference of industry data, the landmark study shows the realities of a booming sector that has evolved from a cottage industry into one of the world’s strongest-growing luxury markets. A snapshot of three segments: the current fleet of superyachts (24m or larger), the brokerage market and the charter market, the report provides historical and current data and a cross analysis of the industry, with projections for the future markets. For further information on the Index contact Miriam Cain, [email protected]

Newport
Ever attuned to the needs of its increasing number of clients in the northeast US, CNI is pleased to announce that their Summer office in Newport is now a permanent base for CNI. Jeff Beneville, who also heads up the New York offices, will be primarily based in the new Newport office. Located within the grounds of the Newport Shipyard, activity in the area is already busy as Newport is the home of the PUMA Racing Team for their Volvo Round the World Race campaign. With the summer season on its way CNI expects to see a lot of superyacht traffic.

In charge of Business Development for North America, Jeff is a familiar face in yachting having notched up a number of achievements in sailing. He has raced in two America’s Cup campaigns, has been an active member of the NYYC since 1987, and has competed extensively in numerous major Maxi championships, Newport -Bermuda Races, as well as the Millennium Cup in Auckland aboard Georgia and Hyperion. On the brokerage front, recently Jeff sold the 54.2m (178’) CRN Ability, and was actively involved in the sales of the 46m (150’) Feadship Confidante, and the 31m (101’) Cheoy Lee Blue Sky.

CNI welcome several new central agencies including the 38.6m (126’) Betty listed by Georges Bourgoignie from CNI Miami. Built in 2001 by the renowned Royal Denship and refitted in 2007, Betty is a beautiful classic motor yacht with state of the art technology in all her systems. She boasts a Francois Zuretti interior, which has been designed with wheelchair capability in mind, and has been superbly maintained. Staying with CNI Miami, Fernando Nicholson lists the 26.3m (86.2’) Seven from Cerri. With accommodations for eight guests, she was built in 2006 and has been maintained in immaculate condition.

CNI Golfe Juan lists the 27.4m (89.1’) Asha from Maiora. A highly successful charter yacht, Asha is a sleek yacht with clean lines. Her sophisticated and contemporary interior creates a relaxing atmosphere and boasts a generous saloon, and accommodations for eight guests. 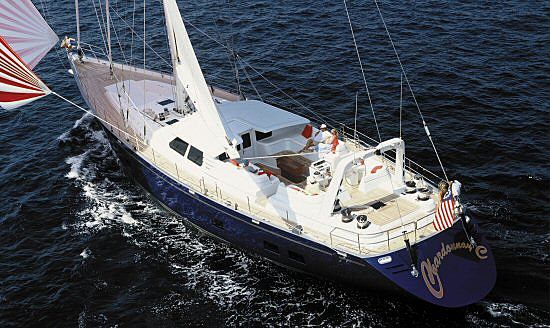 Staying in Europe, CNI London announce the sale of the 35.2m (115’) Magdalus Terzo from Ortona Navi. On the other side of the Atlantic Bill Sanderson of CNI Palm Beach announces the sale of the 32m (105’) Chardonnay C from Windship Yachts.

Charter News
Expect to see some new names among existing favourites as the CNI charter division in Fort Lauderdale welcomes the 45.3m (148.62’) Helios from Perini Navi to the fleet. Representing a major breakthrough in the development of the Perini line, the yacht has a flybridge, side boarding hull opening and a fold down transom. Accommodating ten guests, Helios is available for charter in the Aegean this summer.

CNI Fort Lauderdale also welcomes the 34m (111.8’) Resilience from Westport, cruising New England this summer, and the 32.31m (106’) Primadonna from Westship, available for charter in the Bahamas. CNI Monaco welcomes the 25.15m (82.6’) Outback Star (138’) from Sunseeker. A sleek yacht with clean lines, Outback Star is at the cutting edge of design and performance. The yacht embodies every aspect of the definitive sports cruiser and has been cleverly designed to maximise all guest areas and for storage of the excellent water sports inventory. Entertainment on board was the owner's primary concern and so she is equipped with the very latest state of the art audiovisual and communications equipment of a standard that would normally be found on a much larger yacht. This is complemented by the professional crew of three whose infectious enthusiasm is the final ingredient in what is undoubtedly a first class yacht for charter. She will be available in the West and East Mediterranean this summer. 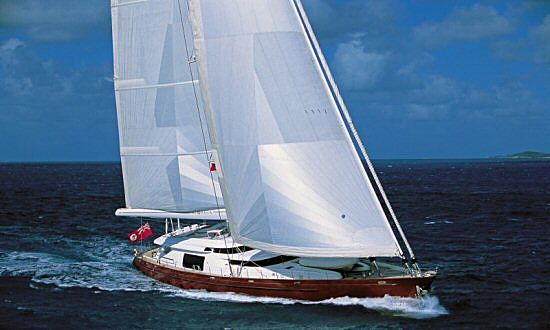 The 48.5m (159’) sailing yacht Georgia from Alloy Yachts will be coming out of her extensive refit and available for charter throughout the West Mediterranean. A highly popular charter yacht, Georgia was conceived as the ultimate family world cruiser. Her updated expensive decks and spacious interior combine to provide a powerful sailing yacht that now boasts the latest in entertainment systems.