Following three nail-biting days of racing in the Bay of Islands in the world's most southerly superyacht regatta, the winner of the 2020 New Zealand Millennium Cup has been crowned: the 34.14-metre Derecktor superyacht Kawil. Delivered by the US yard in back in 2000, Kawil was a new entrant to the competition this year. 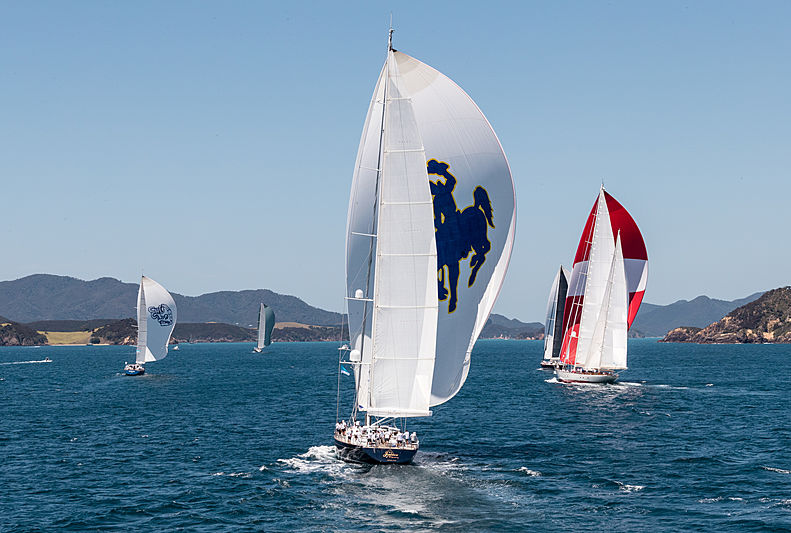 Photo: Jeff BrownHot on Kawil's heels were the four other sailing yachts vying for first place: the 33.8-metre Yachting Developments Silvertip, the 34.2-metre Royal Huisman Sassafras - delivered in the same year as Kawil - the 39.75-metre Alloy Yachts Janice of Wyoming, and by far the largest boat of the bunch, the 54.64-metre Vitters superyacht Adele, which was awarded second place in the competition. 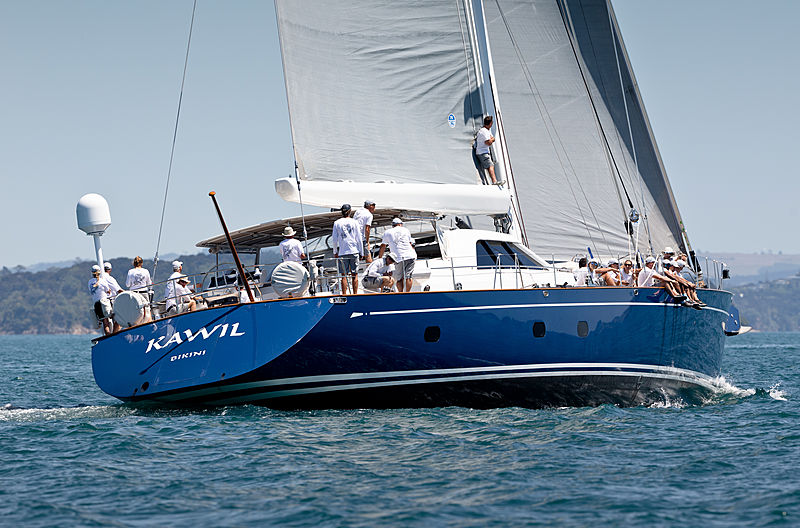 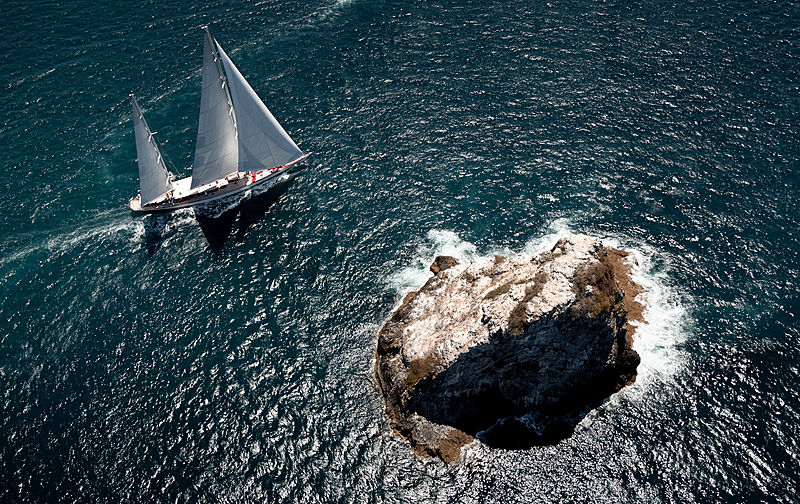 Photo: Jeff BrownThe final day of racing was exciting from the beginning, with the 33.83-metre Silvertip and Sassafras displaying impressively well-timed runs to the start line and Janice of Wyoming sailing so close to the starting line that she crossed two seconds early, incurring a penalty as a consequence. 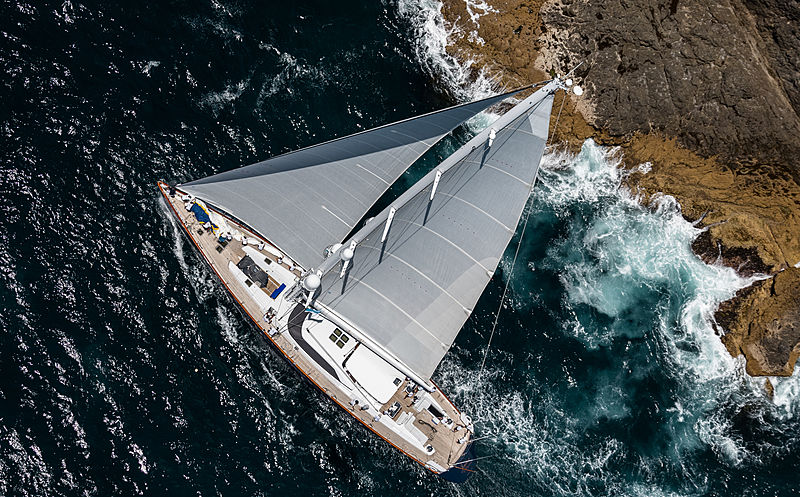 Heading into the wind, Silvertip took a lower approach than the other yachts before sharply turning her knuckle bow towards the Ninepin Mark. Meanwhile, Kawil had been out in front from the start. Despite some speculation from onlookers that she had overshot the mark, her perfect turns displayed the skills of her crew and kept her in check. Although Silvertip and the others displayed exceptional racing throughout the day, it was newcomer Kawii who would secure the top spot on corrected time. 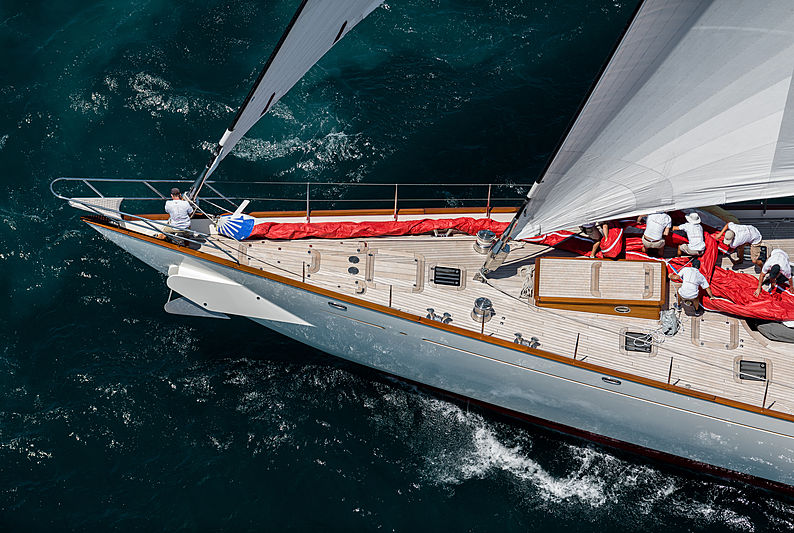 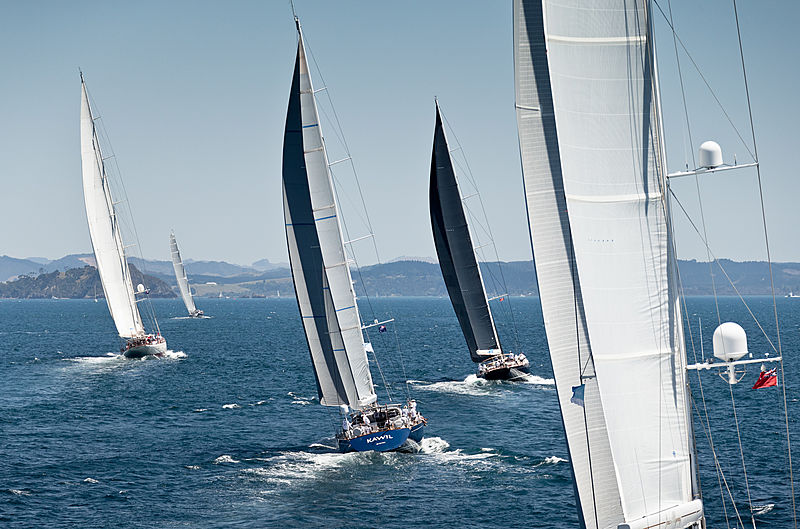 Photo: Jeff BrownThe prize-giving ceremony was officiated by Peter Montgomery MBE, with the prizes presented by Orams Marine's managing director, Craig Park and Bas Isselman, sales manager at Royal Huisman. Montgomery commented on the setting of the racing, calling it a paradise and commenting that "If this isn't heaven, then it's just next door," with spectators at the event also entertained by the appearances of a local dolphin pod. 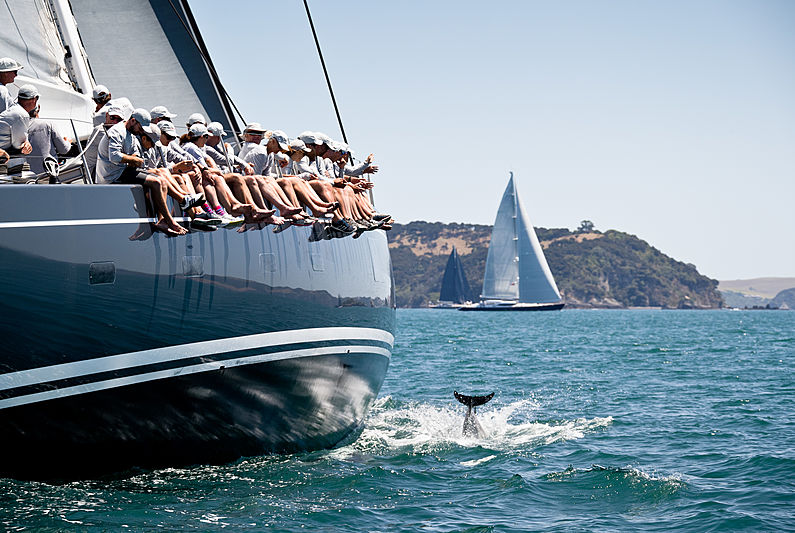 Photo: Jeff BrownThe owner of repeat competitor Silvertip commented on the event, calling the regatta "extraordinary" and stating that "It's a great privilege to be here [...] it's fantastic fun to be here in the Bay of Islands." 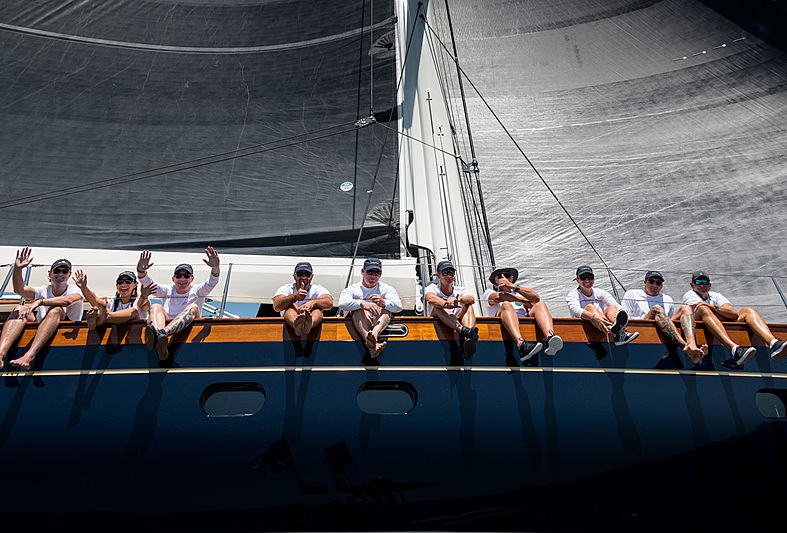 Photo: Jeff BrownAs well as securing her second prize, Adele also saw success in the Cup's traditional skiff regatta, which took place after the second day of racing, in which the superyacht crews rowed in pursuit of the 20-litre barrel of Mount Gay Rum prize, which was won by Adele's Team A. 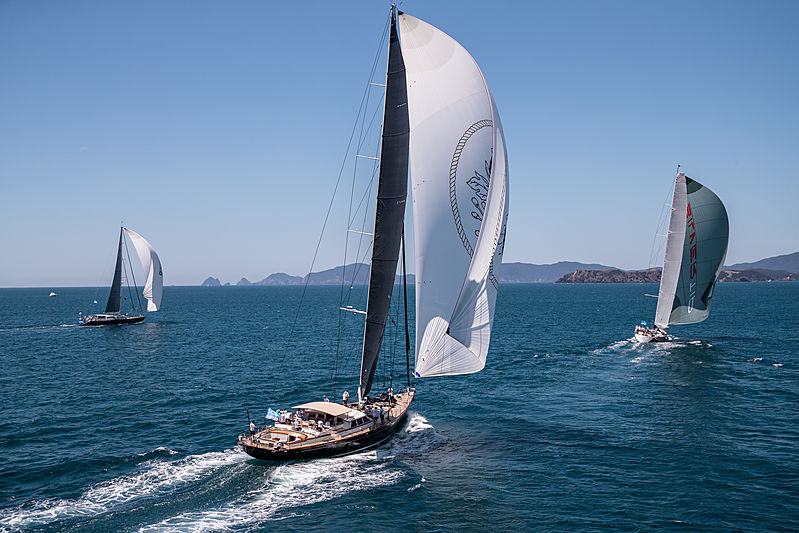 Photo: Jeff BrownThe 2021 edition of the New Zealand Millennium Cup regatta will take place between 15-18th February. Thanks to the flock of superyachts expected to head to New Zealand for the America's Cup, next year's regatta is expected to be a bumper edition, with over 40 entries anticipated 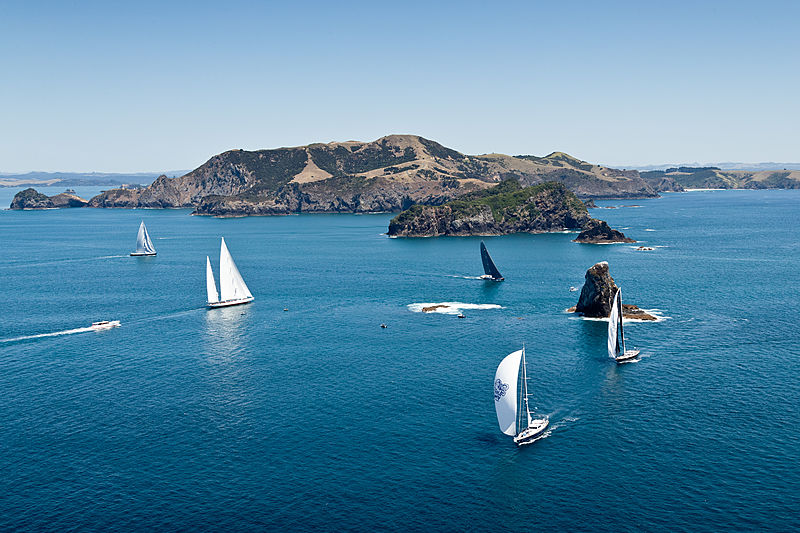