This summer the Dutch commercial shipbuilder Hartman Marine Group merged with Royal Denship. The company already has a 24 metre motor yacht in-build and has laid the keel for a 42 metre explorer superyacht on 21 December 2015. 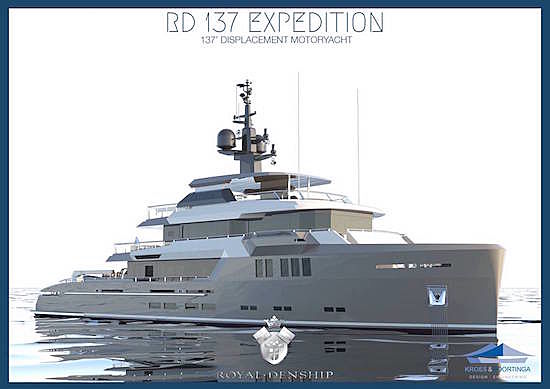 In 2009 Royal Denship was declared bankrupt, but in the mid-2000s the company had created a name for itself with the construction of several well-known yachts, including the 78.60 metre Princess Mariana (now Pegasus VIII) and the 63 metre Turmoil. At that time the superyachts were built at different shipyards in Denmark, however the new Royal Denship yachts will be built in Urk, the Netherlands. 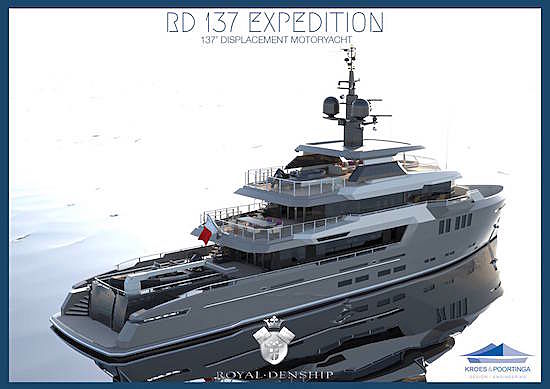 The 24 metre motor yacht is due for delivery in March 2016. The 42 metre explorer superyacht is designed by Kroes & Poortinga and she will be delivered in 2017. The steel hulled motor yacht will have a volume of 485 GT and, thanks to twin Caterpillar C32 Acert engines, she can reach a top speed of 14 knots.