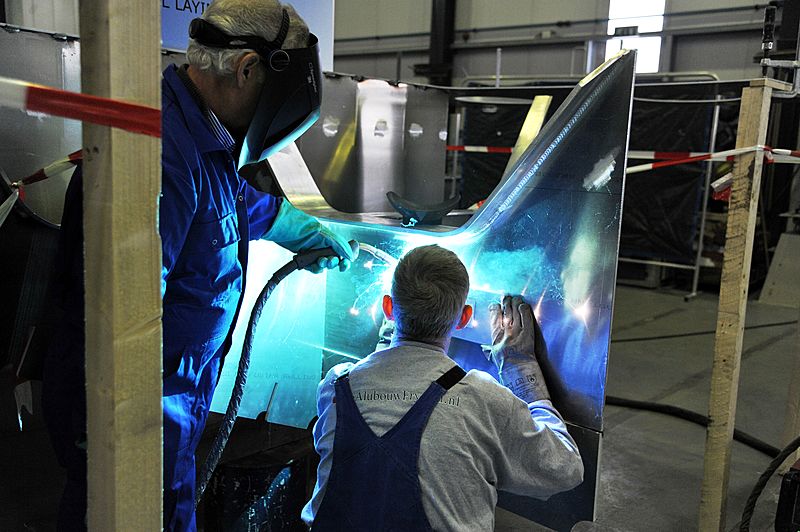 Her owner, together with her representatives, Peter Hürzeler from Ocean Independence,  and Klaas and Albert Hakvoort from the shipyard were present during the keel laying. Frank Laupman from Omega Architects, who designed her interior and exterior design and Gerko Schippers from Van Oossanen Naval Architects, who is in charge of Adur’s naval architecture, was also present.

Photo: Omega ArchitectsThe team at Omega Architects designed her sleek and contemporary exterior together with her owner, who also requested a bright and welcoming interior. Stand out key features set to be found on board of Adur include a flush stern, a forward garage with submarine storage, scooped bulwarks for clear views of the surroundings and hybrid propulsion. 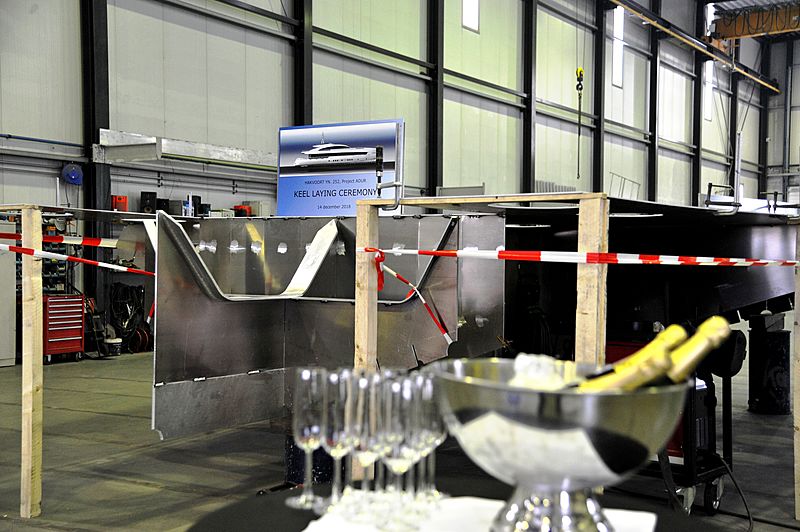 Project Adur will be able to accommodate up to eight guests across four cabins, including an owner’s suite with a private office. Powered by twin 2580 kW MTU diesel engines and two electric booster engines, she will have a max speed of 26,5 knots and a range of 3,800 nm at 12 knots.

She is set to be delivered to her new owners in spring 2021.