Last Wednesday the keel laying ceremony of the first 40-metre Impero superyacht took place at the Tecnomar Shipyard, where a good luck coin was placed into the keel to invoke good fortune during the construction and throughout its future years at sea. Designed by Luca Dini in cooperation with the Shipyard Style Centre, this new semi-displacement yacht in aluminum will be delivered in 2013. 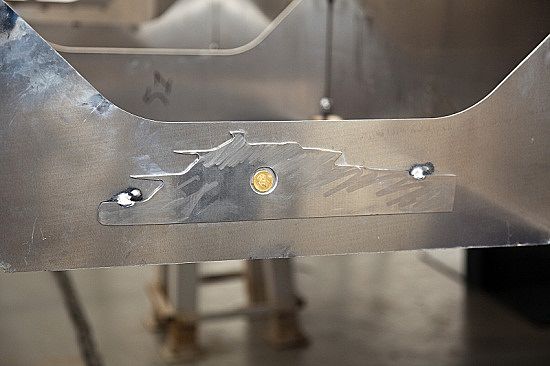 Among the guests that attented the ceremony were the owner, his family and Tecnomar President Mr. Giovanni Costantino.

"This ceremony represents an important step forward in the company growth process started on 2009" said Giovanni Costantino. "We are the only shipyard which implemented and completed a massive reorganization and industrialization plan in just two years. Our fleet today is made up of 21 new models and recently 4 important sales have been finalized: this 40-metre yacht, a 45-metre Impero yacht, a 33-metre Regale yacht and the first sailing yacht named Silent 76 Tecnosail". 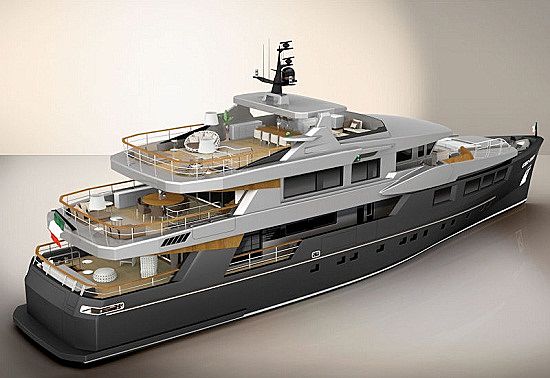 Powered by twin 1920 hp MTU 16V 2000 M94 engines, the Impero 40 is expected to reach a maximum speed of 19 knots and a cruising speed of 17 knots. As with all Tecnomar yachts, she will have the RINA Green Plus certification which is the latest class notation based on the best environmental performance index.