Following the introduction of the new Monte Fino 76 in 2008, Kha Shing has successfully completed sea trials and delivered the first new Monte Fino 100 RPH to her owner. 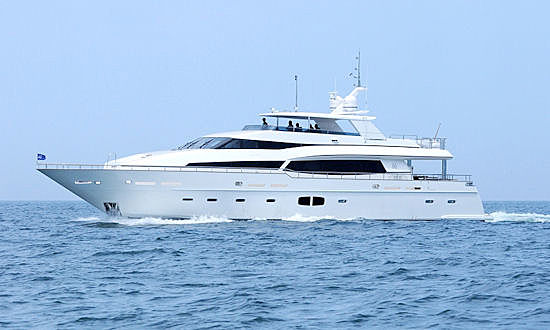 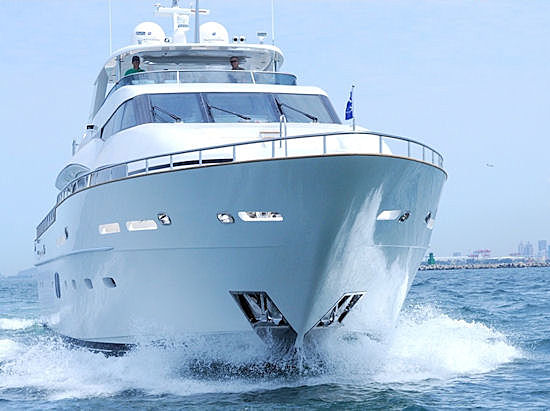 In the first 100, the owner chose to have large Master stateroom at main deck, all other guest staterooms remain in the lower deck. Captain and crew cabins are aft of engine room with access directly from transom or aft deck. Additional stairway was incorporated to allow crew and captain to access lower helm stations for night voyage and to serve guests on the fly bridge directly from galley without bumping to guests onboard. 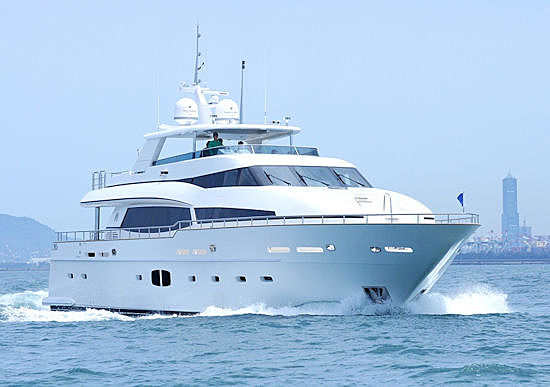 The flybridge features a Jacuzzi tub, sun pads, a large dining table, large cane chairs, large bar with stools. Like the interior, the flybridge arrangement is completely customized based on how the owner and his families use the yacht. 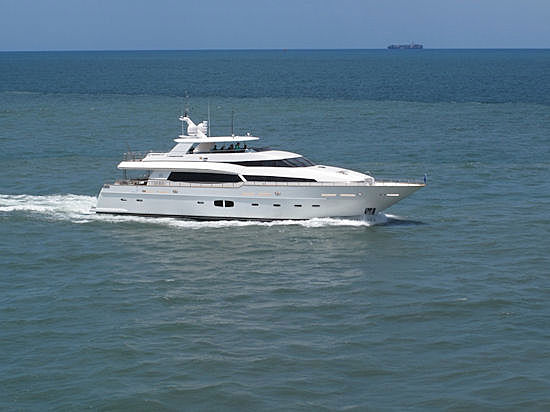 Stabilizer at anchor system is equipped to improve the comfort while the yacht is at anchor and in the marina.