Kingship will present “Green Voyager - a new way of cruising” to attendees of the second Singapore Superyacht Conference at ONE°15 Marina Club.

Mr Tork Buckley, Senior Consultant at BBCL, will represent Kingship to do a 40 minute presentation at 1400hours on the 12th of October with detail on: 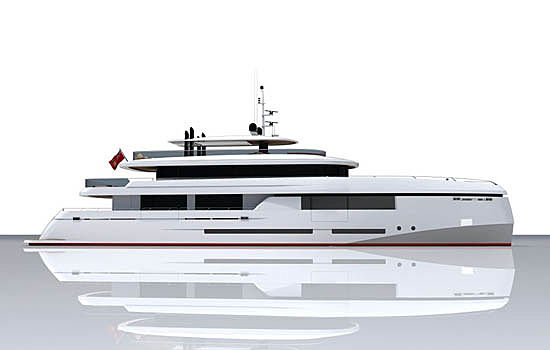 The first steel block of the yacht commenced assembly in mid September 2010. Green Voyager is a low environmental impact 44m motor yacht using diesels, shaft generator/E-motors, diesel-electric and advanced power management and battery power systems for propulsion and hotel loads. Designed by Axis Group Yacht Design of Viareggio the yacht will achieve efficiency increases of 16% in propulsion and around 20% for hotel loads along with unprecedentedly low level of emissions using e.g. a Piranha zero discharge sewage system that exceeds MEPC 159(55) requirements. The yacht will exceed RINA Green Plus Platinum notation.

Green Voyager nominated for UIM 2010 Environmental Award
The UIM Union Internationale Motonautique recently called for nominations for the UIM 2010 Environmental Award. Green Voyager is one of the first “products“to be entered. The UIM concerns itself mainly with racing and record breaking on powered craft but the aim of the awards is “that every activity be it large or small conducted on water can make a difference in the fight against climate change”. The UIM is committed to “promoting environmentally friendly practices which will help contribute towards solving some of the environmental challenges of today…particularly the decline in biodiversity and energy resources”. Accordingly they wish the award to “inspire and recognize excellence in innovation, development and application of environmentally friendly technologies”.

Kingship feels that Green Voyager epitomizes the application of such technologies afloat and answers UIM’s desire for “positive and proven actions which lead to a smaller environmental footprint”. The yard thus decided to put Green Voyager forward for consideration by the UIM Environmental Working Group. The Award Trophy will be presented at the UIM Award Ceremony in the prestigious Salle des Etoiles in Monte Carlo on the 5th of February 2011.