A couple of weeks ago we had published a photo of the Kleven expedition superyacht under construction, however it appears that the she is already in a more advanced stage of construction as the shipyard launched the completed hull and superstructure on 30 August 2014. 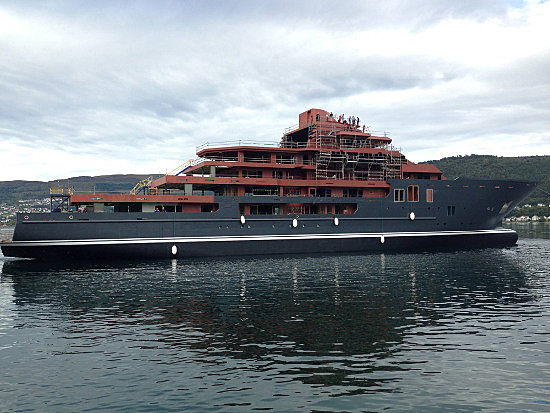 The 107 metre superyacht, Kleven hull number 366, is designed by Marin Teknikk with an interior by H2 Yacht Design and she is being built for experienced owner who previously owned a large expedition superyacht. 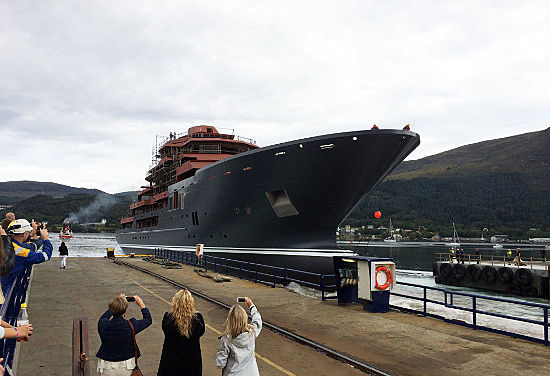 The steel hulled motor yacht has a gross tonnage of 7000 and she is scheduled for delivery in the spring of 2015.

She will accommodate 60 people and is to be equipped with a helipad and helicopter hangar. She'll be finished to a commercial grade, which for example means that she will not be faired.