Norwegian shipyard Kleven, builders of the recently delivered 107 metre explorer yacht Ulysses, has today launched the second, larger yacht commissioned by owner Graeme Hart at their facilities in Ulsteinvik. The yard announced in November 2014 that they have signed another contract with the New Zealand owner. Pre fabricated pieces of the hull arrived at Kleven in December last year from CIG shipbuilding in Poland, and what we see today was assembled in a mere three months by the offshore specialists. 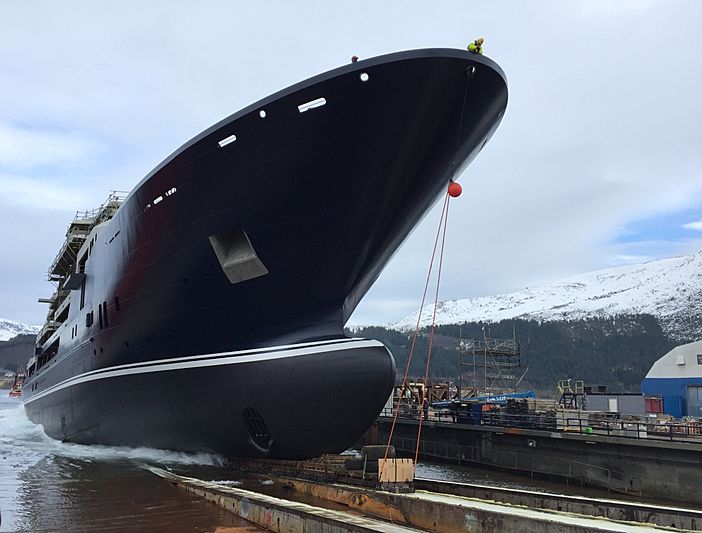 Hull 370 is based on a type MT 5006 MKII ESV platform designed by local ship design company Marin Teknikk in partnership with Kyle Dick of Oscar Mike Naval Architects based in New Zealand. Designed to carry a total of 66 people on board, hull 370 is expected to be ready for departure in July this year. 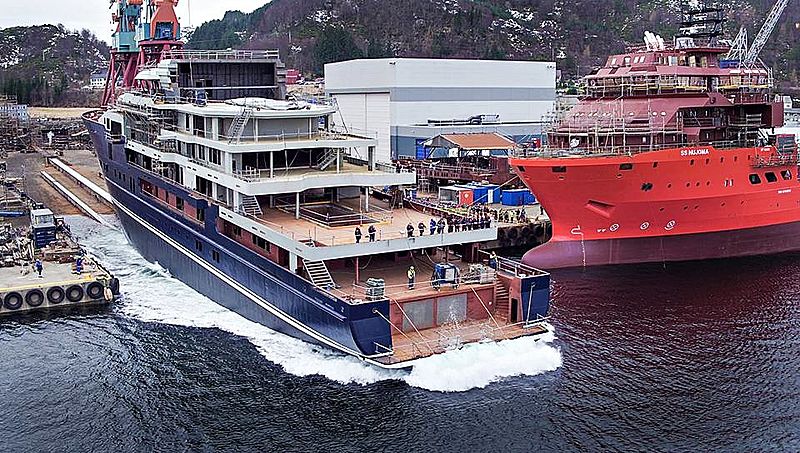 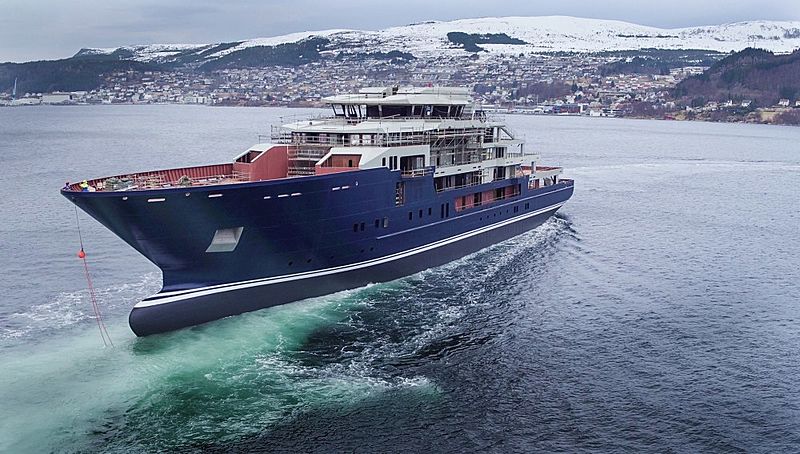