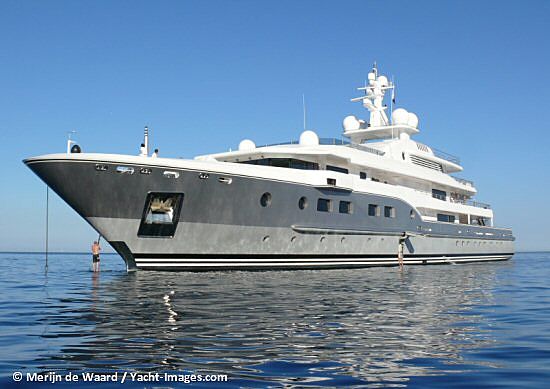 Kogo anchored near Porto Ercole (Monte Argentario) on 20 June 2008. A man was standing on her bulbous bow, which gives you a good idea of the huge size of this 71m superyacht. Kogo was built by the French shipyard Alstom Marine in 2006. Her exterior was styled by Tim Heywood with an interior by Terence Disdale. Owned by an Arabian businessman, Kogo cruises often in the South of France and is available for charter through Burgess.