In 1938, Sir Malcolm Campbell, the greatest speed ace of the 1930s and one of the outstanding characters of the period, commissioned the 100-ft ocean-going motor yacht Blue Bird to go digging for buried treasure in the Pacific.

War scuppered the hero’s plans and his yacht ended up ferrying troops off the Dunkirk beaches in the fire-storm of 1940. The story of her next seven decades reflects the changing of the eras: periods of calm with the Renault family are followed by hard times and transatlantic adventures. Finally, the little ship has one of those strokes of luck the sea is always ready to serve up to those prepared to grab them. 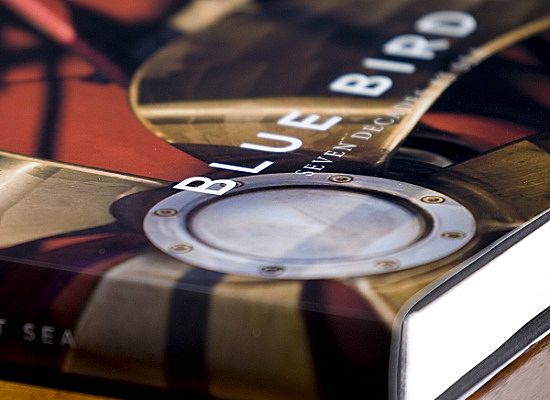 She was acquired by Tara Getty, whose vision saw through the shabbiness to the classic she could once again become. Blue Bird’s 3-year restoration earned her top honours at the superyacht awards and Kos’ images of the supremely challenging process of converting the tight confines of a 1930s vessel into a pocket superyacht are remarkable. Cunliffe rattles the tale along with characteristic pace and salty humour, lifting this lovely book far beyond the run of ‘coffee-table’ works about beautiful yachts.