US-based Norwegian designer Kurt Strand has released designs for his latest concept yacht, the 133-metre superyacht Miami. The explorer yacht has six tiered decks and a 20-metre beam, designed to be transformed, in the designer’s words, into an “open outdoor experience”. 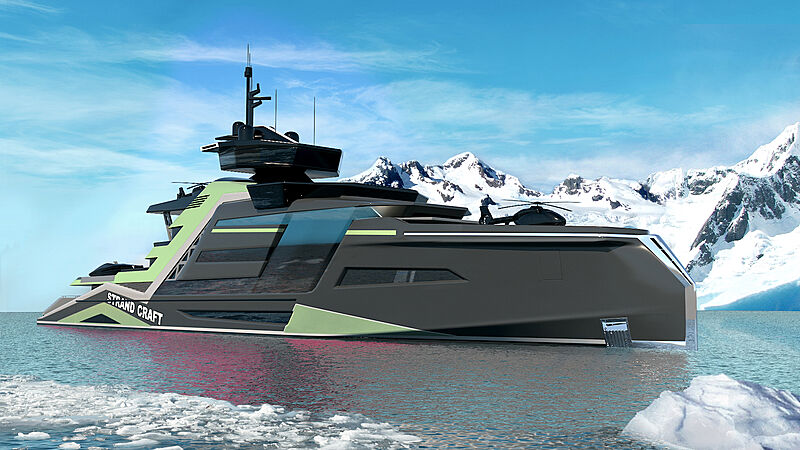 Miami will carry a large selection of tenders and toys including two 58-foot high speed tenders and two Mercedes G 6X6 off road trucks, located on the aft deck. Two helicopter pads can also be found on the yacht, one raised above the aft deck, the other situated on the foredeck, and both helidecks have hangars accessed via elevators.

The top deck of the superyacht features a sky bar with 360 degree views, while her main deck will feature an owners saloon with bar and 20-foot wide cinema screen television, with a display area for 10 supercars. The main feature of the interior is a 3-story nightclub with glass floors. 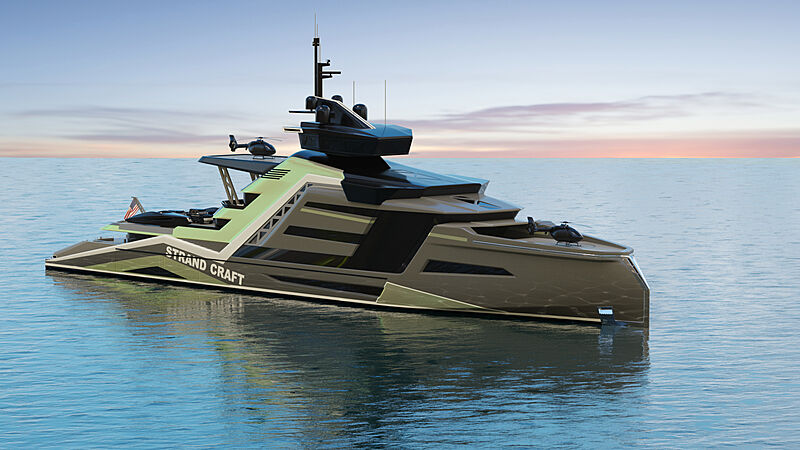 There is interior accommodation for 20 guests, across 10 VIP staterooms, including a 300 square-metre owners suite, an outdoor Jacuzzi and sun lounge area, a gym, spa, office, library and wine cellar.

Forty-four crew will be accommodated on the lower deck. The vessel has been designed to accommodate alternative propulsion systems, including three electric pods, powered by hydrogen fuel cell generators. Miami will feature a diesel power backup generator and be powered to top speeds of 20 knots. The yacht features a highly characteristic exterior colour palette with a dark grey body and electric yellow and green features. 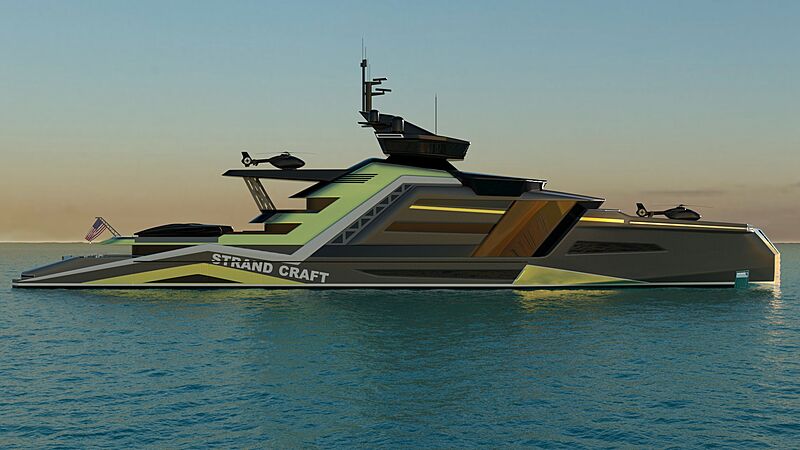 Kurt Strand has released a number of designs over the years, including the 93-metre superyacht, Project Speed.