Miami-based yacht designer Kurt Strand has released designs for the 161-metre super sailing yacht concept Norway. Strand, who is known for his extreme yacht designs, such as Miami, an explorer yacht with a nightclub and two helipads, is hoping to design the 'yacht of the future'. 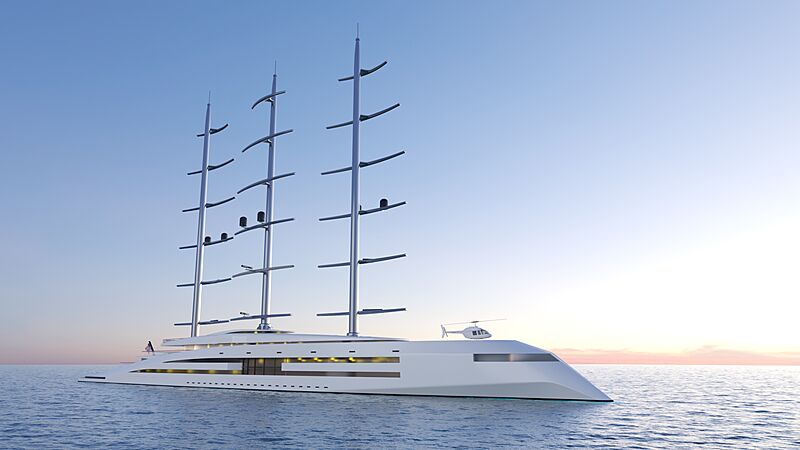 Inspired by Viking long boats and their powerful square sails, Norway has three 96-metre tall masts which are turned by electro-hydraulics. The sail arrangement is controlled with push button handling, meaning that the yacht can be crewed by significantly less crew than traditional multi-masted yachts. 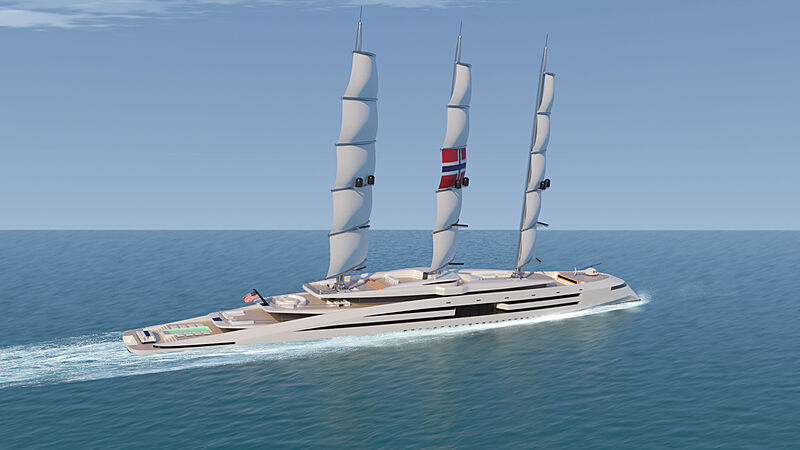 The masts would be made of carbon fibre and all sails could be deployed or furled within six minutes. This unusual sail handling systems means more precise manoeuvring, offering the crew to sail on and off moorings and reducing the need for engine power. 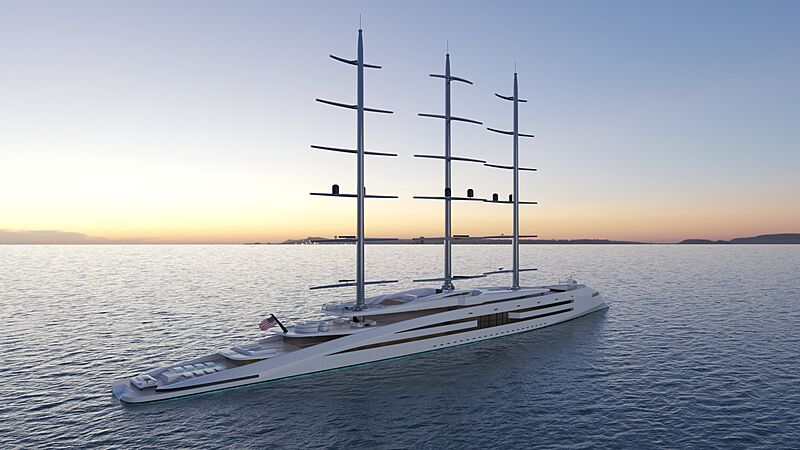 Her rotating rigs mean that the vessel does not need to be head to wind to hoist or reef the sails. The masts can also rotate to de-power the rig and reef the sails when the wind increases. The yacht could accommodate up to 24 guests in 12 luxury suites, alongside 40 crew.

Some of her top features include a very large tender storage bay, a swimming pool on her aft deck and a two storey lobby and bar amidships. 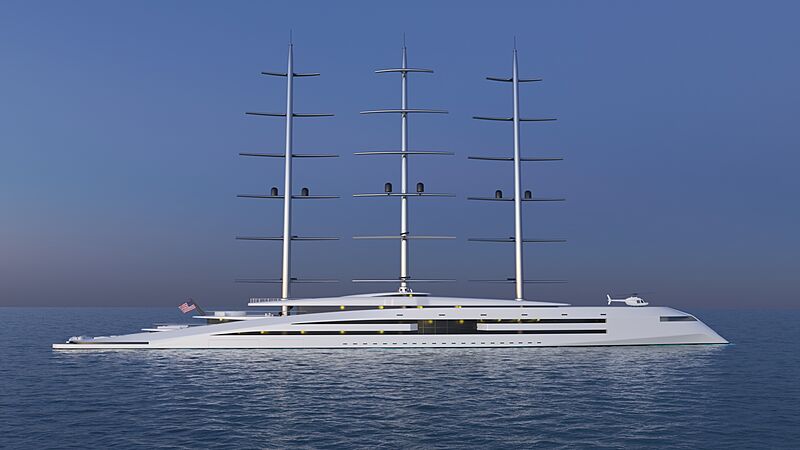 If that wasn't extreme enough, the central mast has an elevator which will elevate the owner to top of the mast height, the perfect location for watching the sunset. All of the 6000 square-metres of sail are covered by a flexible solar cell foil and power will be stored in the battery bank and can be used directly for the onboard Hydrogen production as well. In case of no wind or sunshine the yacht can be run on hydrogen fuel power cells. 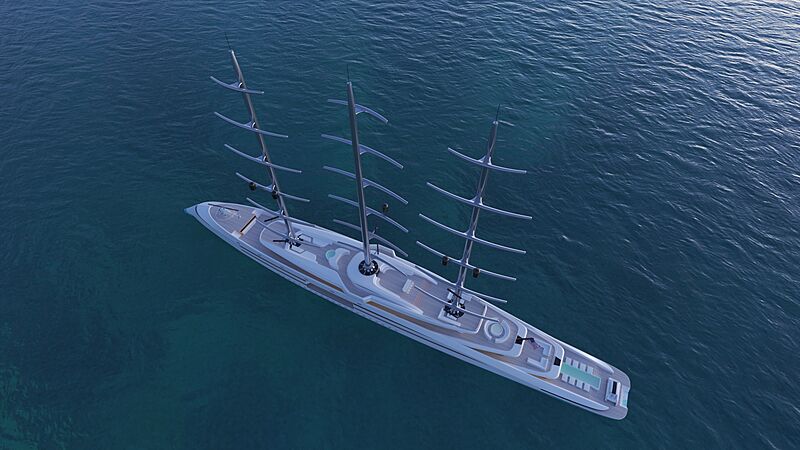 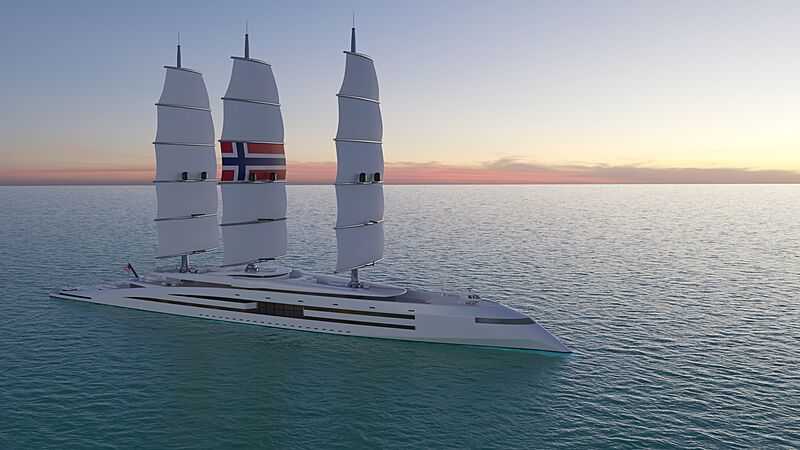