L-3 SAM Electronics, a major supplier of integrated navigation and other assemblies to megayachts, will feature its latest Multipilot Platinum system at its stand in the Darse Sud Tent (Stand QS57) at the 20th Monaco Yacht Show, running September 22–25. The system combines radar, ECDIS, conning and automatic steering control functions into a single, compact workstation. 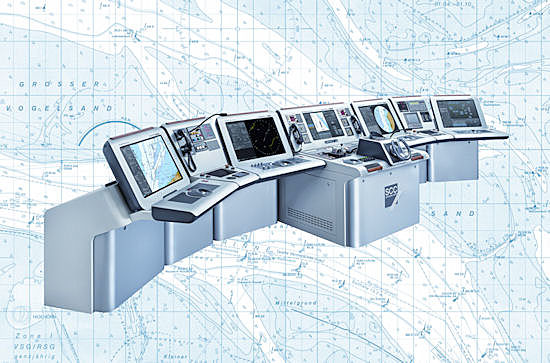 Capable of tracking up to 100 radar and 1,000 AIS targets, the all-purpose Multipilot Platinum system also acts as a key component of SAM’s latest NACOS Platinum series of integrated navigation, automation and control systems, featuring standardised consoles and operating networks. The Multipilot system’s ECDIS capability includes chart maintenance based on real-time updates and dynamic licensing. It is easy to operate via either a trackball or a functional radar keyboard and includes a built-in radar interswitch and VDR operation among its many features.

Additionally, the LAN-based system is easily upgradable via a software licence. This extends its exceptional versatility to include on-screen NAVTEX updates, tidal and current information, a remote maintenance capability, an integrated conning page and an output for conning displays. As part of a NACOS Platinum configuration, it can also be extended to display and control vessel automation applications.