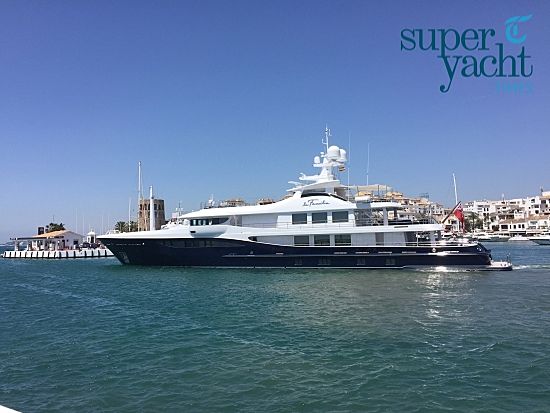 Pictured here in Puerto Banús, Spain, is the brand new Amels Limited Editions superyacht La Familia, known as Project 467 until she was officially named recently. Constructed with an aluminium superstructure and steel hull which has been painted dark blue, she was launched from the Amels shipyard in Vlissingen in February. On board she accommodates up to twelve guests as well as a crew of 13, and she features an interior by Lambert & Thurnerr.