Lantic Entertainment Systems, the leader in bespoke multi‐zone entertainment systems for yachts from 60ft up to the largest megayachts, has announced that 2010 has begun ended with sales expanding and the rate of enquiry significantly up on the same time last year. 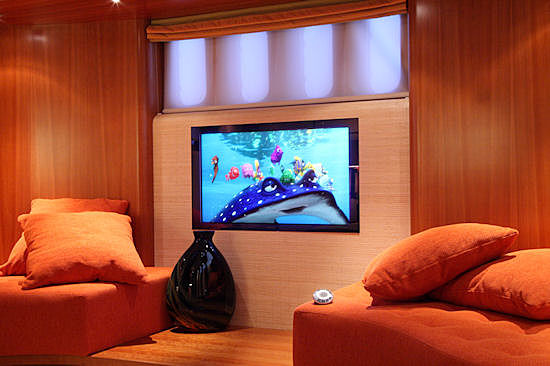 2009 was a transformative year for Lantic. The company was bought by Dutch electrotechnical systems specialist Alweijnse Marine Systems in May, a change that brought with it new energy and resources. In August a new systems strategy saw the launch of the Pro and Premium systems, targeted respectively at the large production and custom superyacht segments, and not long after a wide‐ranging upgrade of the service and support structure.

“In retrospect the timing of these changes was ideal,” says head of marketing David Milner. “As the market has begun to pick up over the past few months we have been in a position to offer a versatile and highly advanced product incorporating the latest advances in entertainment technology, together with an upgraded global support mechanism.”

The benefits have been substantial, with the level of enquiries growing significantly in the last quarter of 2009 led by the large custom and semi‐custom yards. “We’ve had four solid enquires regarding yachts over 45‐metres in the past month alone,” added David Milner, “and are currently working on an installation on another of over 70‐metres.” The refit sector is also expected to provide a steady flow of orders over the medium term, together with new‐build business from long‐standing customers including Palmer Johnson, Holland Jachtbouw and Amels.

With a product development pipeline in 2010 that includes further advances in iPod integration plus the long‐awaited introduction of streaming* high‐definition content and more, Lantic is optimistic about the next 12 months. “We’re in great shape and have a fantastic story to tell,” concludes David Milner, “and not only do we have the new products, but we also will shortly be announcing the appointment of a number of new dealers around the world; boosting both our distribution and service provision. There’s no doubt that for Lantic 2010 is all set to be a very interesting and we hope productive year.”