This year, the MYBA Charter Show will return for its 31st edition from 30th April to 3rd May, during which time showgoers will have the opportunity to meet captains and crew and go on tours of the yachts in attendance. With the Barcelona-based event around the corner, we take a look at the 10 largest yachts that will be on display this year. 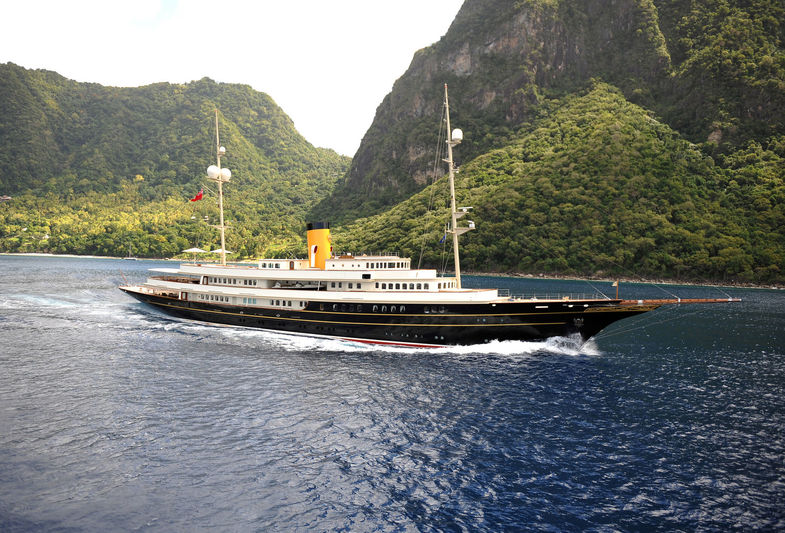 Ranking at the top of the list is the timeless 90.1-metre motor yacht Nero built by Corsair in 2007. Inspired by the 1890s superyacht Corsair, which was commissioned by the American financier, banker and art collector JP Morgan, Nero’s classic lines and designs by Neil Taylor emphasise her 1800s heritage without detracting from her modern onboard features, which include a swimming pool, side-boarding platform and accommodation for 12 guests. Spanning a volume of 1,384 GT across three decks, Nero reaches a top speed of 17 knots and has a range of 4,559 nautical miles at a cruising speed of 13.5 knots. 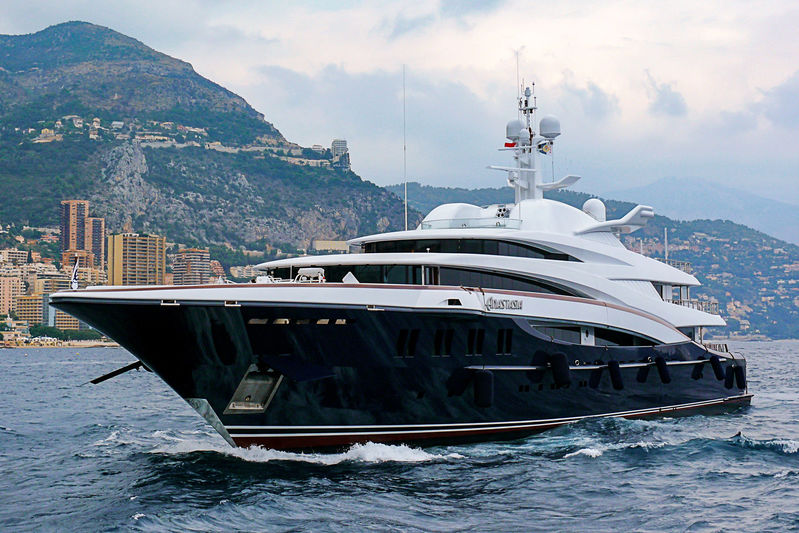 Photo: Merijn de Waard / SuperYacht TimesPreviously named Anastasia, the 75.5-metre yacht’s name changed with her ownership in 2018, during which time she also went through a refit with IMS Shipyard. The third project from Oceanco’s Y700 generation line-up in 2008, the Dutch-built yacht features naval architecture from Azure Naval Architects and interior and exterior designs from the drawing boards of Sam Sorgiovanni. She is able to sleep 12 guests across a master cabin, two VIP cabins, and three guest staterooms. Performance-wise, she is powered by two MTU 16V 4,000 M90 diesel engines giving her a top speed of 18 knots. 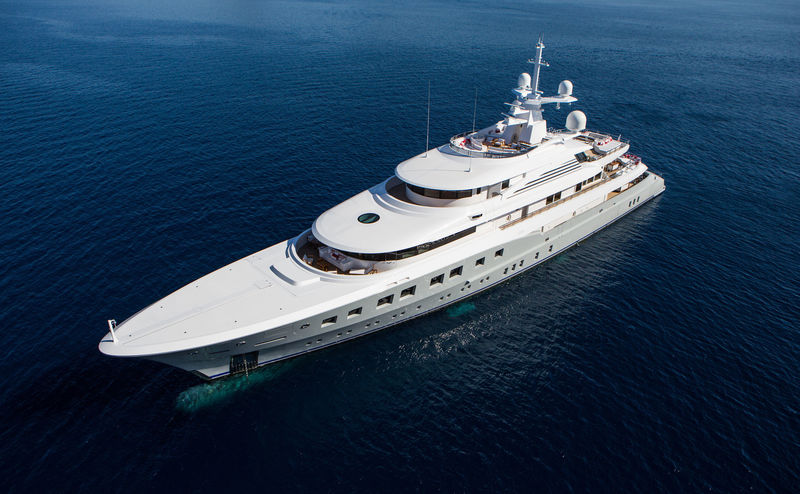 Photo: Jeff BrownFirst introduced and sold at the 2013 Monaco Yacht Show, the 72.5-metre motor yacht Axioma was built by Dunya Yachts, featuring exterior design by Sterling/Scott and interior design by the late Alberto Pinto. On board Axioma, guests hoping to unwind can enjoy her spa, steam room and two pools, while those seeking some adventure will appreciate making the most of her tenders. At 1,620 GT spanning across four decks, she accommodates 12 guests in six staterooms as well as a crew of 22. Axioma is listed as a yacht for sale for €68,000,000. 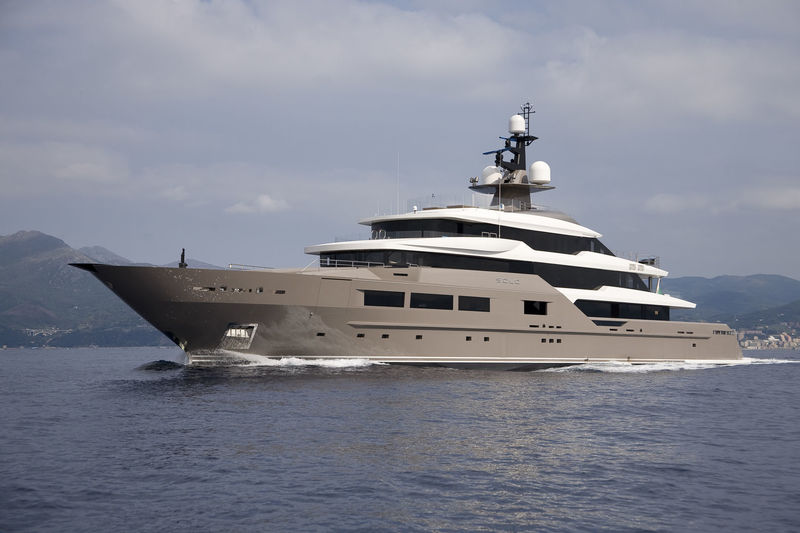 Photo: Tankoa YachtThe 72-metre motor yacht Solo, built in 2018 by Tankoa, comes fourth on our list, featuring exterior design by Francesco Paszkowski and interior design by Margherita Caspirini. In the pursuit of making Solo as green as possible, the Italian shipyard optimised conventional systems to curb emissions and consume less fuel. As a result, Solo, currently listed for sale for €71,500,000, has a range of 7,000 nautical miles at 10 knots. In addition to her two Dariel custom tenders, Solo is equipped with several toys including Seabobs, WaveRunners and kayaks, promising a fun charter experience in the Mediterranean this summer. 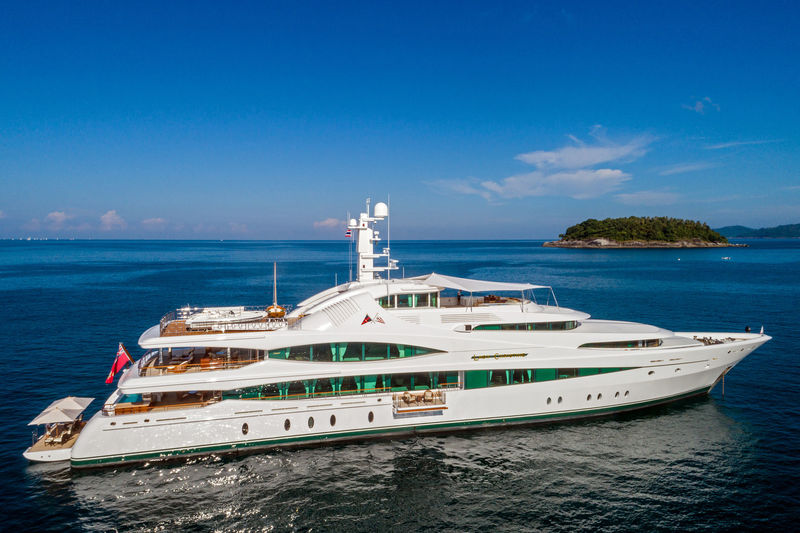 Another Dutch-built yacht takes fifth place. Built by Feadship for Lord Irvine Laidlaw in 2010, the 68-metre yacht Lady Christine is currently for sale for €61,866,762 and is undergoing a refit at Monaco Marine. With an exterior design from De Voogt, her interior design is the creation of Struik & Hamerslag and Rodney Black Design Studios. With a volume of 1,608 GT, Lady Christine sleeps 10 guests across a master cabin and four guest cabins, and accommodates a crew of 19. 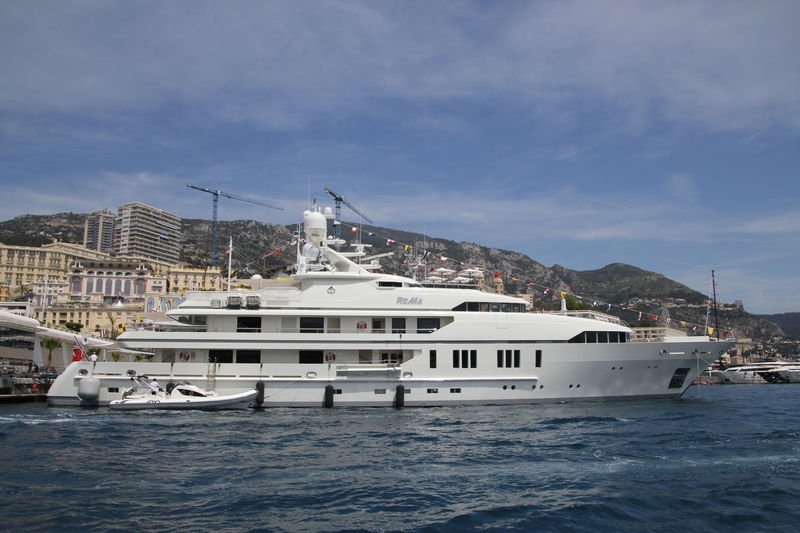 Photo: Merijn de Waard / SuperYacht TimesBuilt in 2010 by VSY, the 61.8-metre motor yacht RoMa underwent a refit last year that was completed in February. Her exterior design is the creation of Espen Oeino while her interior is from Newcruise. One noteworthy feature of RoMa is her generously-sized sundeck, which makes up 50 percent of the yacht’s overall length. Additional amenities include a glass-edged jet pool and an elevator to all interior decks. She offers accommodation for 12 guests across a full-beam master cabin, three guest cabins, a VIP cabin and a twin cabin. Thanks to her two Caterpillar 3,516B diesel engines, RoMa cruises at 14 knots and boasts a top speed of 17 knots. 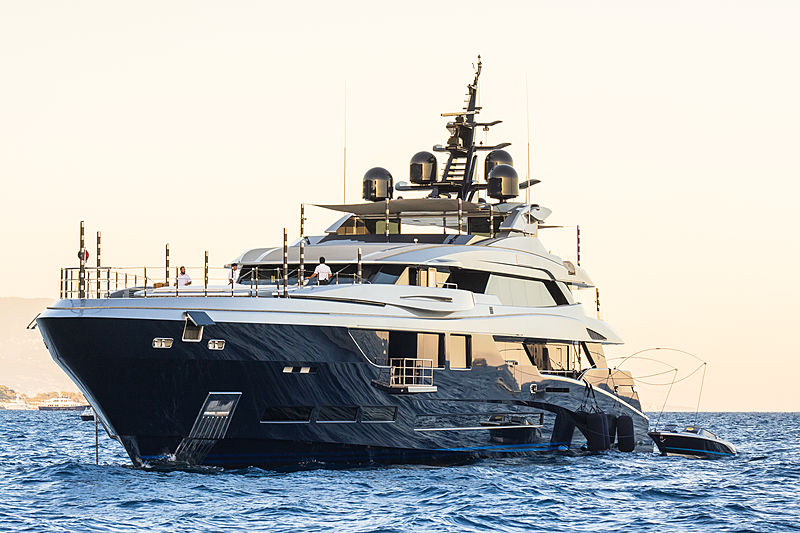 Photo: Julien Hubert / SuperYacht TimesThe 60.22-metre motor yacht Sarastar holds spot number seven. Built in 2017 to Lloyd’s Register, she remains Mondo Marine’s largest yacht to date with a volume of 973 GT spread over three decks. Luca Dini designed both her handsome exterior as well as her interior, which is characterised by contrasting textures and ornate finishings. Equipped with a helipad and sundeck, Sarastar offers ample deck space to enjoy cocktails and sea views, which can also be experienced from the balcony off the master suite. She sleeps 10 guests across five cabins as well as a crew of 11. Sarastar is listed for sale for €50,000,000. 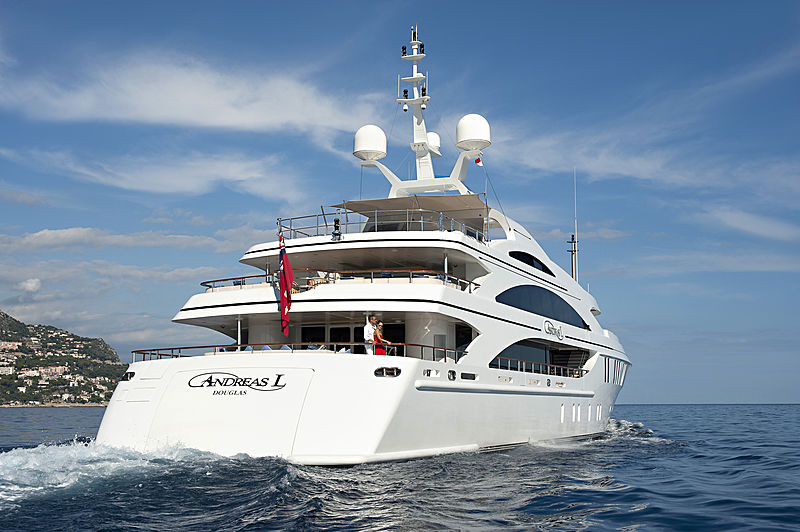 Next up on the list is the 60-metre yacht Andreas L. Previously named Amnesia, the motor yacht was built in 2010 featuring in-house exterior design by Benetti and interior design by RWD. Available for charter, Andreas L offers a plethora of amenities that make her suitable for the task. A sundeck measuring half the length of the yacht offers opportunities for al fresco dining while her Jacuzzi, gymnasium and variety of water toys promise to keep guests entertained. Powered by two Caterpillar 3,512B diesel engines, Andreas L reaches a top speed of 16 knots and has a range of 5,000 nautical miles at a cruising speed of 15 knots. 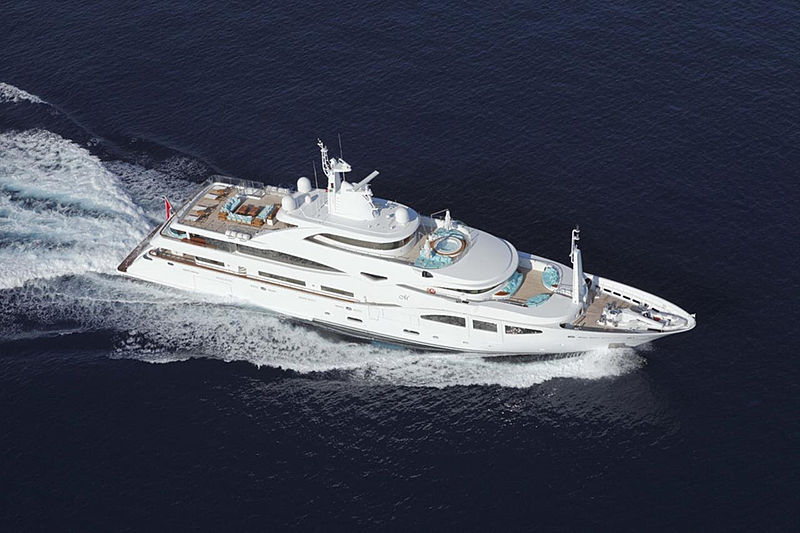 Photo: CRNThe second to last vessel on our list is the 59.5-metre motor yacht Ramble On Rose. Built by CRN in 2010, Ramble On Rose finished her refit with ICON Yachts earlier this month. The yacht, previously known as Mimtee, changed hands in 2016 and was renamed by her current owner. Featuring an exterior design by Zuccon International Project, the interior is a combined effort by the Italian design company and Laura Sessa Romboli. With a volume of 985 GT across three decks, she accommodates 12 guests on board as well as a crew of 14. 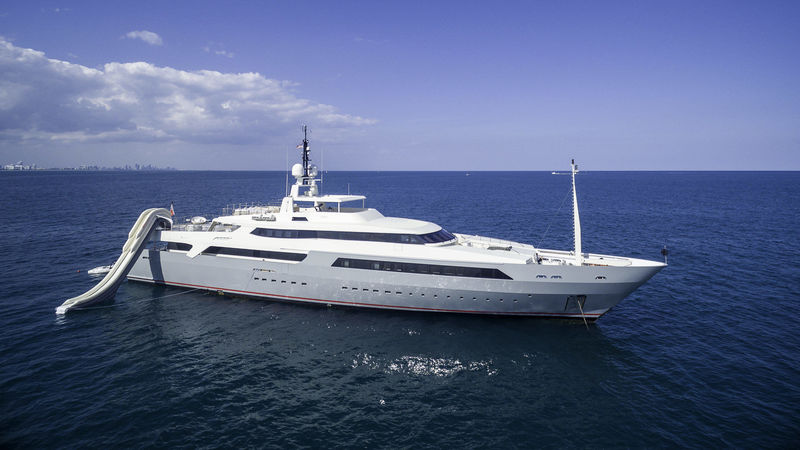 Photo: Ocean Independence Last but not least is the all-aluminium motor yacht Vicky built by Baglietto in 2009. The 59.4-metre yacht is the largest project built by the Italian yard and features an in-house exterior design. Sawaya & Moroni created her interior, which contains five staterooms ready to host up to 10 guests. Vicky offers a variety of entertaining features, including an aquarium and an inflatable slide, and guests can enjoy her Jacuzzi and sun pads on the top deck. She cruises at a speed of 17 knots and can reach a top speed of 23 knots.

10 largest yachts to see at The Superyacht Show 2019

Exploring St Barths on board the 73m yacht Axioma

Charter deal of the week: the 60m Andreas L