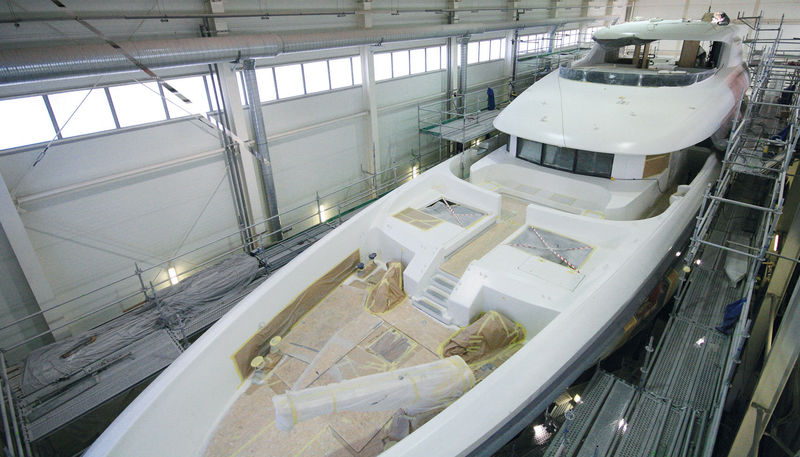 For this project, designers Reymond Langton were selected for the exterior vision of the project, while Conrad worked closely with the owner on the interior of the vessel. Diana Yacht Design from the Netherlands is behind the naval architecture of the vessel.

Conrad Shipyard prides itself on creating a complete in-house product thanks to the skilled craftsmen and women in the area of the facility. The launch of the project is scheduled to take place in December later this year, right on time to celebrate the shipyard’s 14th anniversary.

“The C133 will be the largest luxury motor yacht ever built in Poland, which is a humbling step for the shipyard, but also an important step for Polish luxury shipbuilding industry, looking to further establish their name in the Superyacht market and the luxury yachting industry in general,” commented Conrad Shipyard.

The C133 is reportedly the builder’s first step towards creating a competitive semi-custom range of superyachts aimed at meeting owners’ requirements for shorter delivery times.