The third and final hull of the PJ170 aluminium SportYacht to be constructed at Palmer Johnson’s Sturgeon Bay yard was loaded onto a heavy-lift transport vessel recently to be moved to an unknown facility. This represents the final operation for the yard at its Wisconsin-based facility after Palmer Johnson announced in September that it will be closing the doors of its Surgeon Bay yard and move production to the Netherlands. 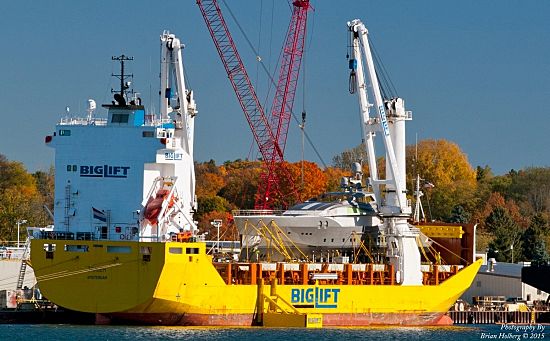 Since then Palmer Johnson has indicated that production will take place at the facilities of Holland Jachtbouw in the Netherlands. PJ reported that some of its first intentions at the new production facility will be the completion of hull number two of the PJ48 carbon SuperSport series which is currently located in Norway. 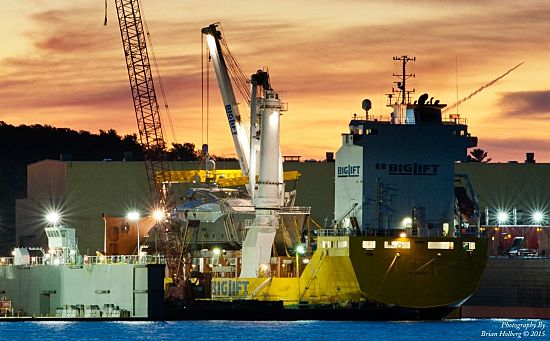 The ship that is transporting the PJ170-3 is currently underway to Freeport, Bahamas along with its precious cargo.