Matthew Albert reports that Yachting Partners International (YPI) have represented both the buyer and the seller in the sale of the Dijkstra designed 46m Windrose. This stunning schooner was built bu Holland Jachtbouw in 2001 with two specifics in mind: to beat the old Charlie Barr transatlantic record and to be a successful charter yacht. To this end, in 2002 and 2005 she broke the trans-Atlantic crossing record and during the Classics in 2002 she got line honours and beat the J Classes of Endeavour, Shamrock V and Velsheda. 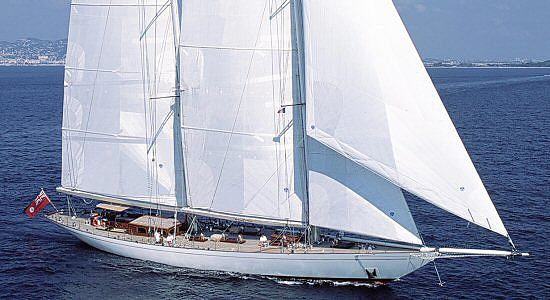 Windrose has also definitely proved to be a highly popular charter yacht and remains available for charter through YPI as central agents. She sleeps 8 guests in 4 cabins and her classic interior, large cockpit, and huge deck spaces make her an extremely luxurious and comfortable vessel to cruise in. She is still available for charter in the Caribbean this winter at Euro 56,000/week and the Mediterranean this summer at Euro 63,000/week high season and Euro 56,000/week low season.

In addition, Yachting Partners International have announced that they are the Central Agents for the sale of America. This gorgeous 39 metre gaff rigged schooner was built by Goudy and Stephens in 1967 as a replica to the original America that was built in 1851 to compete in the 100 Guineas Cup which became the Americas Cup. A long time regular on the classic circuit, she evokes memories of days gone by. America is for sale at 3,000,000 Euros.