Overmarine has announced that the Mangusta Oceano 43, the third 43-metre yacht in the Mangusta Oceano series of displacement vessels has been delivered to her new owner. Previously known as 'Project Firenze', the delivery took place in a private ceremony at the Overmarine Group's private quay in Viareggio. 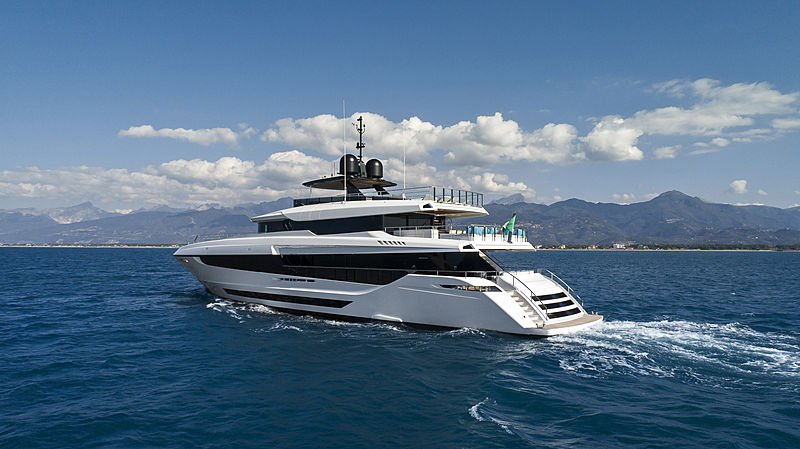 Photo: Overmarine GroupWith her delivery taking place a month after the launch of the Mangusta Maxi Open 110 in February, the Mangusta Oceano 43 combines spacious guest areas with an abundance of onboard amenities, as well as providing heightened onboard comfort at sea for her guests.

Accommodating 12 guests across five staterooms, the 43-metre vessel features exterior and interior design by Alberto Mancini Yacht Design, following in the footsteps of her two sisterships which have been delivered since 2016. Her cruising speed of 11 knots ensures a range of over 4,500 nautical miles and very limited fuel consumption thanks to her CFD-optimized, tank-tested hull.

Standout features on board the as-yet-unnamed motor yacht include her forward infinity pool - featuring two separate sunbathing areas that dive into a magnificent pool with a waterfall – and the beach club, where the aft hatch converts into a sea platform, revealing a multipurpose area.