Sanlorenzo moves forward with the construction of two new units of the successful 40 Alloy series, which has won prestigious international awards, including the award for best exterior styling at the recent World Superyacht Awards. 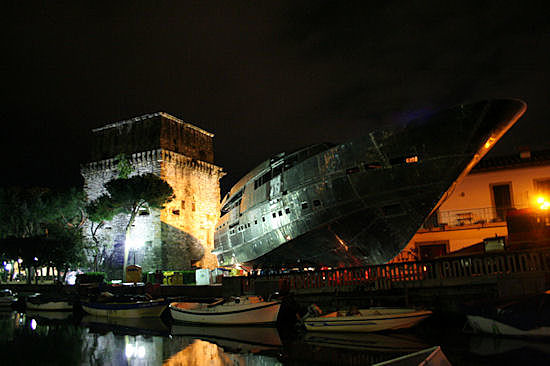 Despite the slowdown in the new build market, the Sanlorenzo Viareggio Division is busy working on two new 40 Alloy superyachts, which are both commissioned, and just launched the third vessel, iBoat.

The two hulls, with completed superstructure, were transported from Viareggio’s up-country, where Sanlorenzo assembles the hull and superstructure, just one week after each other. The spectacular night transportation through the Tuscan city saw the yachts pass the balconies of the houses by just a few inches. 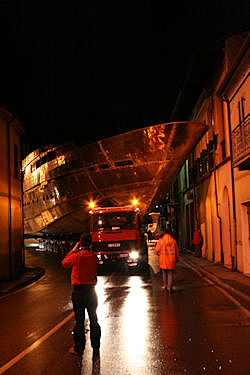 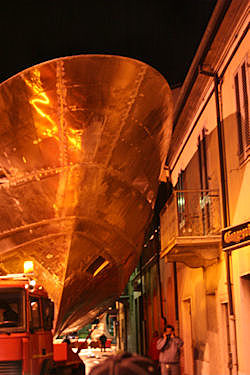 These latest 40 Alloy superyachts will be delivered to their owners in the Spring 2010.