Launched at the beginning of August, the second Benetti Mediterraneo 116 motor yacht named Mr Louis undergoing sea trials and is expected to be delivered by the end of October. 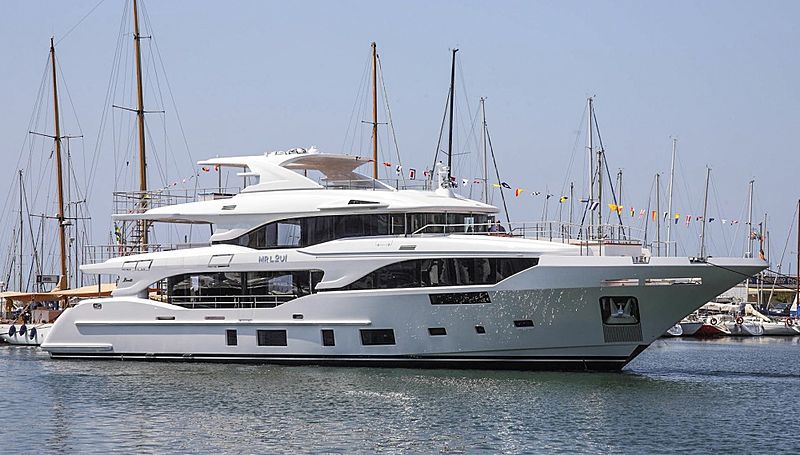 Like the previous model, named Oli, the exteriors are designed by Giorgio Maria Cassetta, while the interior design has been developed by the shipyard Interior Style Department in collaboration with the owner’s designer of choice.

Inside, the Main Deck stands out for the roomy lounge area, consisting of dining and relaxation spaces, each with three-meter long windows for a sensation of continuity with the world outside. The full beam Master Suite is situated on this deck in the bow, with a studio and cabin that also feature big glazed surfaces.

The four guest cabins on the Lower Deck consist of two facing Vip cabins aft with double beds and two guest cabins with twin beds and Pullman beds that allow to hosttwo more guests on board.