How common is it to meet a namesake? There are no statistics as such, but I like to think that everyone reacts similarly when they come across someone with the same name. It’s an amusing discovery which immediately makes you feel that what you have in common won’t end there. At least that's what happened when I met Laura Sessa: despite her name being pronounced in a much more beguiling Italian tone compared to my own thick south London accent, I felt that our appreciation for all things good and practical in the world were somewhat on par. 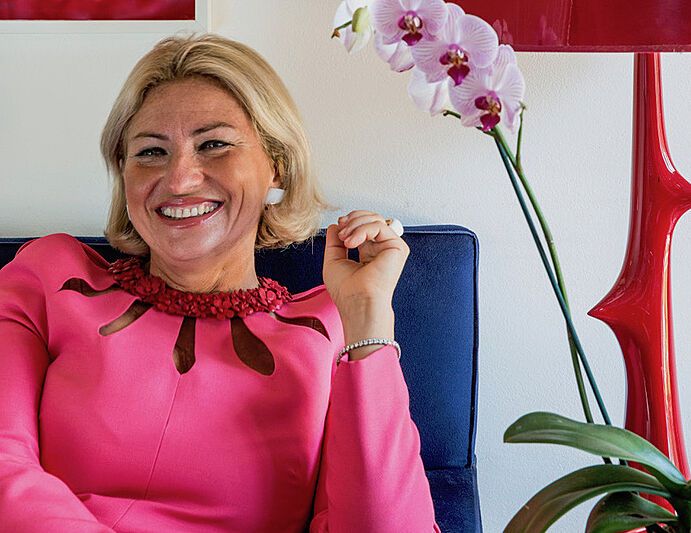 Photo: Laura SessaI met Sessa on board the 95-metre superyacht Madsummer. As she moved through the yacht explaining her life’s work in the captivating way Italians do, she kept things brief – perhaps to let her designs do the talking. In the conversation that followed she revealed exactly what went into designing some of the world's top yacht interior projects.

Having caught her break after the late interior designer Alberto Pinto met her on board the 1927 classic sailing yacht Creole, Sessa has since maintained her style throughout a string of well-known superyachts and in turn, has made her impeccably sophisticated mark on the industry.

This mark comes with a flair for practicality and is a fair reflection of the way Sessa goes about business. Her pragmatic approach means that she doesn’t “like to use money without sense” and everything is a certain way for a reason. 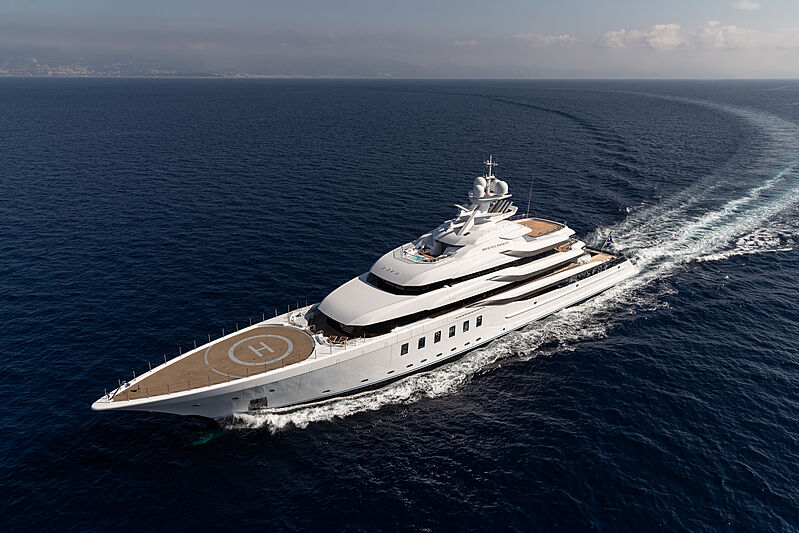 Photo: Jeff Brown“Working on sailing boats at the beginning of my career made me learn how to save space and look into storage options both for the crew and the owner – a happy crew means a happy owner!” As she explains, I am pointed towards the hidden storage spaces in the hallway wall on board Madsummer. “In my designs I always like to incorporate special custom details in the mechanisms, knobs and handles… I keep some things secret.” 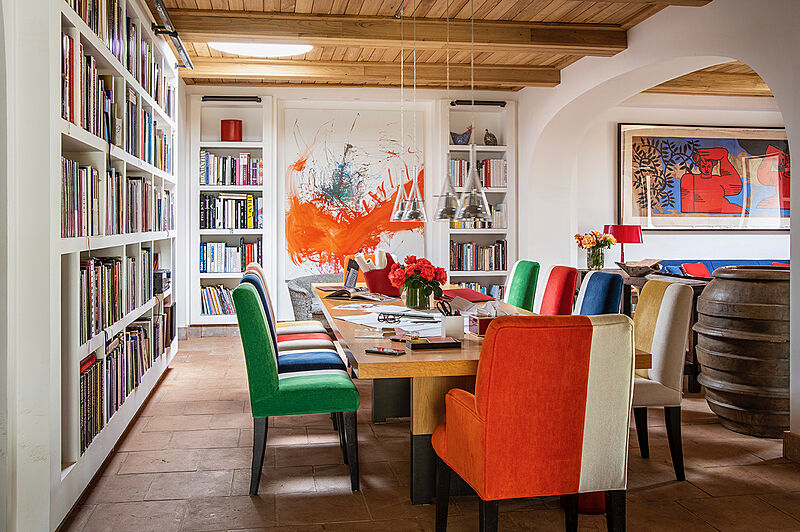 Photo: Laura SessaInclined to uncover more of these secrets, I ask what it is that Sessa finds truly influential. “I know I am often identified for my love of colours, but it’s also true that on some occasions I have been obliged not to consider colours, but just black and white, which is also fun! I can take inspiration from everything… from a visit to a museum to reading a magazine. Or just day-to-day things like shopping or watching a movie. There are no limitations to the imagination and its fantasies.”

Something 'us Lauras' agree on is that being a creative is often a self-driven process. However, Sessa’s work (as is the case with many superyacht designers) is very reflective of the client themselves, their demands and their vision. “I don’t follow fashion trends except if it’s a request. The evolution of creative design depends on many fields in the industry to which it belongs. It also depends on the owner’s dedication and brief which can open up the possibility for new research to happen.” Photo: Giorgio BaroniThis part of the process doesn’t hold Sessa back: if anything, it propels her forward to gain more insight into her clients, who soon appear to become her friends. “I always look forward to a good relationship. For me, working is a pleasure – even when I have strange requests – I cannot live without my work! I try to make my clients happy and fulfil their design desires. This way, I know that every project is unique and represents the client’s personality.”

Such friends are the team at Amels, who have worked with Sessa since 2004 on around 20 projects and so should know all too well what the Sessa speciality is. “There are so many projects, it’s difficult to choose my favourite, but I think the 62.4-metre Madame Kate is really fun,” says Rose Damen, Managing Director of Damen Yachting. “The HSH Prince Albert came on board to award her with the ‘Best Interior Award’ at the Monaco Yacht Show, which I think is a great compliment. 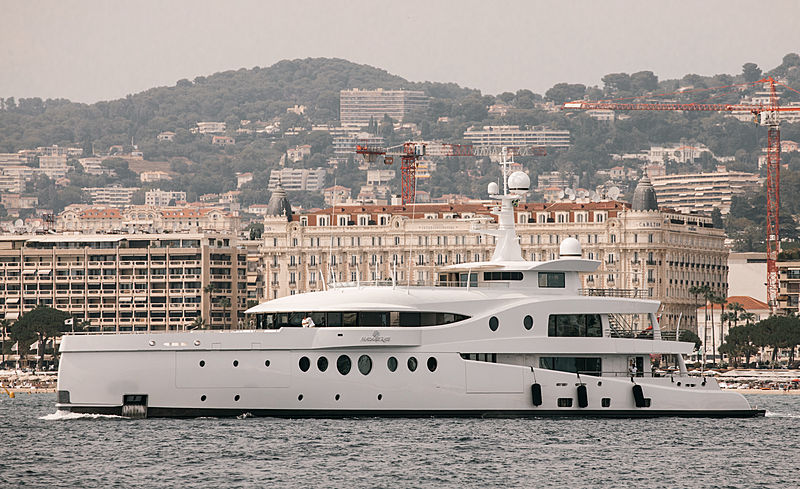 Photo: Charl van Rooy / SuperYacht Times“Laura embraced our Limited Editions concept when we began the series in 2007, and I believe her appeal is that she designs for a wide variety of cultures, generations and backgrounds,” Damen adds.

Echoing this sentiment is the Imperial team, who certainly aren’t shy to compliment Sessa on her work, especially on board superyachts Event and Lili. “Her detailed vision of interior design and layouts makes a major difference when it comes to the outfitting stage,” says Imperial director Julia Stewart. 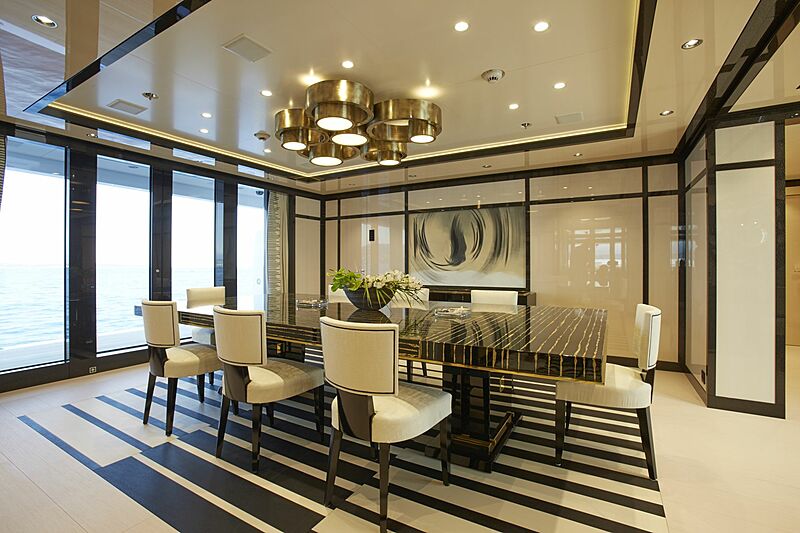 Photo: Amels“The first ever Amels 199, part of the Limited Edition series, was the remarkable 62.4-metre Event. When she was unveiled to the world for the first time at the Monaco Yacht Show 2013, people were talking. Event brought a new vision to superyacht interiors – a more ‘architectural’ idea. Lili is also an incredible design, delivered in a record time, timeless and appealing with a plethora of details on each deck.”. 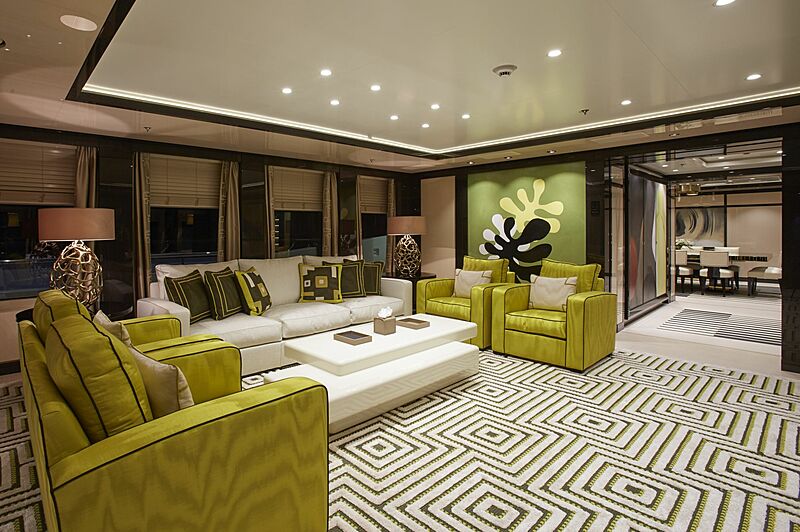 Photo: AmelsVisibly humbled to have her work be so admired, Sessa’s response is charming: “I say that ‘the best project is yet to come’ as I am always looking forward to creating new ideas. I love all of my projects – there is always a reason why they are designed a certain way, and they are all timeless, as good design is when it can stand the test of time.”

It’s as if her work is a treasure she is happy to have been found, and Sessa gives those who succeed in finding her designs a lasting thought: “I always say that we have one life and if we have the possibility to realise what we love, it is better to do it now because nobody has an unlimited contract with life!” Photo: Giorgio BaroniThis article was first featured in The SuperYacht Times newspaper. Subscribe now to receive your copy straight to your door and never miss another issue.