It has to be said, the route to becoming a superyacht designer can sometimes be a surprising one. Proof of which can be seen in the early career of 21-year-old Jérémy Kitzinger, previously an intern at the engineering firm of Lateral Naval Architects. We sit down with Jérémy to find out more about Lavilla, his new superyacht design concept he created while studying for a design and engineering degree. Kitzinger was set the challenge to devise a real-world project by Lateral Naval Architects - a strategic partnership between BMT Nigel Gee and Dutch shipyard Oceanco - which was formed in 2018.

After being given a brief and a technical platform as a basis by Lateral, the design developed on the platform - Lavilla - is uniquely Kitzinger’s. To find out more, we caught up with Kitzinger for a quick Q&A about his design. 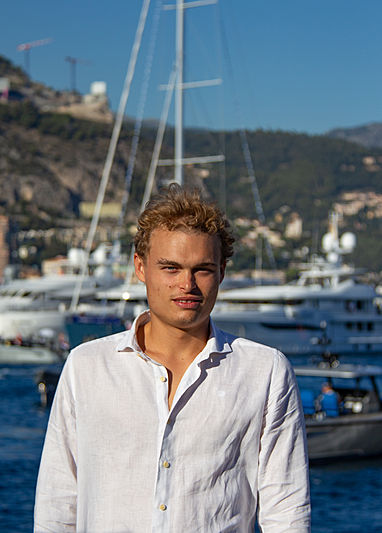 Photo: Bruno Buisson / SuperYacht TimesTell me about the concept behind your design and how it came about.
It all started during my internship at Lateral. They wanted to challenge me with a real-world project that would align engineering with design aspects. Lateral do not undertake design or styling and they gave me an existing technical platform to work on with James Roy (Managing Director) acting as an "end client". We focused on the need to develop a compelling design narrative before drawing anything and do something that was designed true to the narrative, that would perform differently and be authentic in look and layout.

The narrative played on focusing on traditional design rules such as golden ratios, proportion and form. The project started as a simple block and the design evolved from the inside-out using these fundamentals and step-by-step layout development. A bit like an architectural project with two driving forces in mind: Flow and family.

I wanted to play with space and how we interact with it. For instance, I feel that many yachts of this size follow a standard formula; you often see lots of repetition of the same space on each deck, main deck saloon, upper deck saloon, with a lot of corridors with cabins off them. The problem with corridors is that even if you have windows all the way through the side of the vessel, you might say, ‘this is where light will be introduced everywhere’, actually, this is only the case for the rooms situated behind the windows, corridors remains dark, and can be very long in some areas.

The entire living space of Lavilla is designed without any corridors, which is quite challenging to achieve whilst still integrating the philosophy of protected escape routes as required by the regulations.

The other driving force of the project is 'family'. Lavilla’s layout is conceived around how family and friends spending time both together and apart. Modern family living is not spent in spaces with high levels of subdivision... well-designed living spaces flow effortlessly and integrate with every aspect of family life. All of this led to the concept of a home on the seas.

I wanted to break the idea of having decks on top of one another and for those onboard to feel like moving seamlessly from one space to another with absolute freedom. The design incorporates a four-metre high multi-purpose open plan living space with an open kitchen, saloon, dining area, all leading towards the sea. 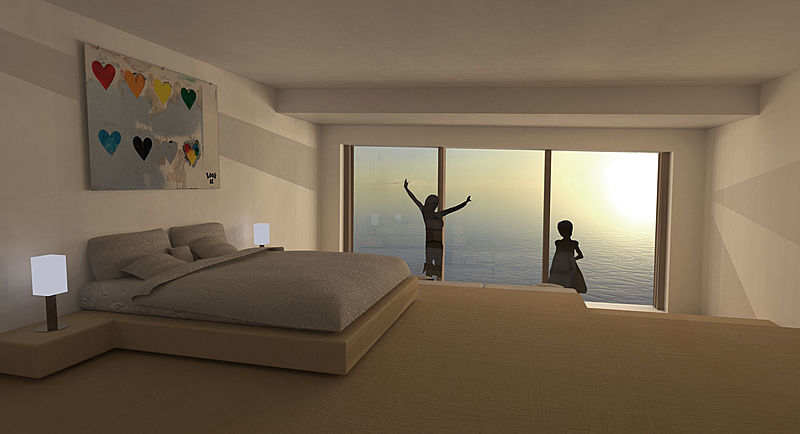 Doing that led to having the deck above fully being dedicated to the owner. Being only half a deck height difference from the guests’ deck, the owner is still connected to his family and guests but still in a private environment. Even though we wanted to connect people, there comes a time where you want to have some privacy as well. There are living spaces in both the forward and aft parts of the vessel with about 200-square metres for a 'creative area' spread on both ends of the layout and an owner’s workshop, a media studio and a 100-square metre area with full-height windows, open to the garden, left blank on the GA for the owner’s imagination depending on their hobbies. 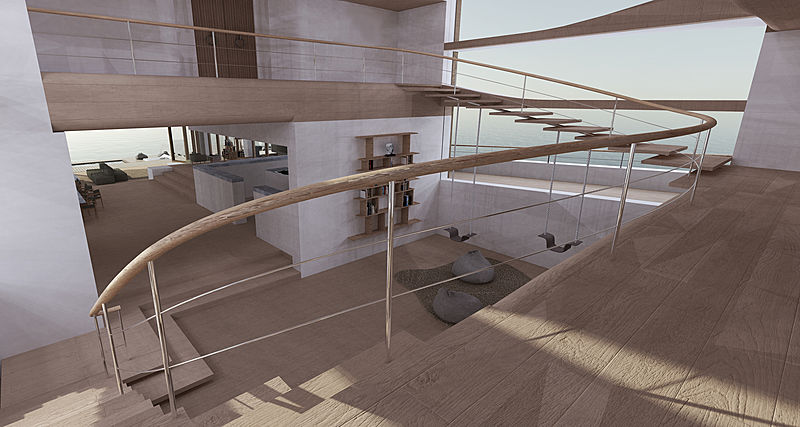 The next thing was to capture light, not just to see the outside but to have natural light throughout the entire living space. This led to two atriums, a grand central atrium of 9-metres in height, and a forward atrium with a garden. I really wanted to design it so that wherever you stand, you can see throughout the 110-metres of the vessel.

How did you come up with the name?
Lavilla is a home on the sea! If you look at the profile, you can see a classical sheer line and the house on top of it. It was quite challenging to make it look nice, mainly because the decks are shifted.

Yachting is sometimes seen as a conservative market: it is no secret that a lot of owners basically want a cookie cutter yacht; they want their three decks and their four decks; they want their master suite on the main deck, full beam, and so on.
Do you think there is a market for a yacht like this which is so different?
It is hard to say, but I like to think so. At the end of the day what you want is to travel around the world and be on the seas with absolute freedom. It is the job of designers to propose new ideas, to try to provoke owners with something they didn’t think of. The wealthiest people tend to be younger nowadays, and although the traditions may not be broken, they will evolve in a more open-minded way. This will lead to a more open-minded way of living, maybe less crew, maybe less service, less divided areas.

So, you’re only 21-years-old and you've just done this incredible concept with a very prestigious company. Tell us, how did you get into it?
Well, I have grown up in these kinds of areas. I lived close to Monaco and have always seen yachts around. Thanks to my family and culture, I’ve always been connected to the sea. From a fairly young age, I have this passion for designing stuff, whatever I could. So I studied design engineering, to stay technical and very broad, keeping doors open. I was very fortunate to do a two-month internship at Oceanco in the design office and I loved it. It made me realise how deep I could go in terms of technical thinking and design, I really liked how you can think about both at the same time with great creative freedom and challenging technical problems. After getting a taste on the design side of the industry at Oceanco I decided to learn about the engineering side of it at Lateral; where I’ve met amazing and passionate people. 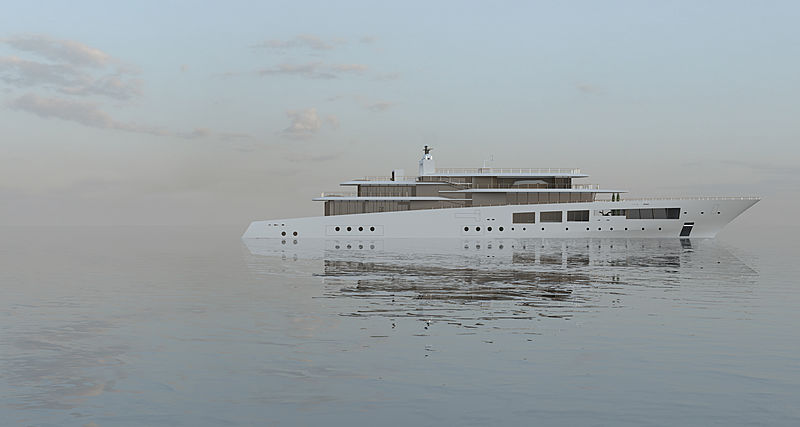 Finally, how do we get more young people into the yachting industry?
I have actually met quite a lot of young people who are really keen to do yacht design. Sure, the most famous designers are a bit older; they are still here and still doing great things. The young talent will grow. It is up to us to propose something different while learning from the experimented designers. I definitely encourage young designers and engineers to come into the industry. Engineers are also doing a great job; engineering and naval architecture are both really creative. People tend to give the credit to designers, but actually being surrounded by both is great.