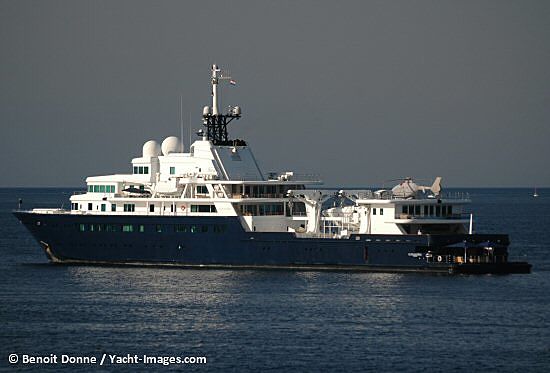 Le Grand Bleu anchored off Rovinj on 17 July 2007. The 112m Le Grand Bleu was built by Bremer Vulkan in 2000 under the supervision of the late Claus Kusch. She was originally build for an American owner, but in 2002 she was sold to a Russian owner. Following her sale the yacht was lengthened with 16ft and Bannenberg was appointed to redesign parts of her interior. In 2006 she was reportedly given to a friend of the owner, because he is currently building a replacement yacht.