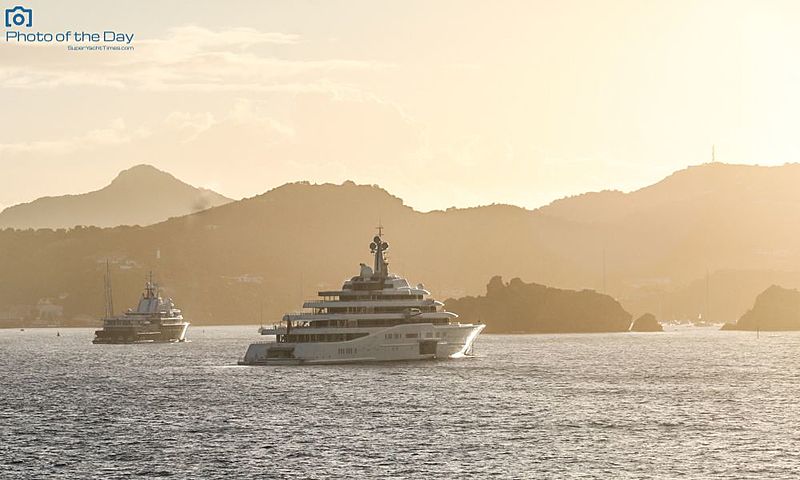 Le Grand Bleu and Eclipse off the island of St Barths

Once owned by the same man, seen here anchored side by side off the popular Caribbean island of St Barths are the two superyachts Le Grand Bleu and Eclipse. The 112-metre Le Grand Bleu was completed in 2000 and built by Bremer Vulkan in Germany to a design by Kusch Yacht Design. Parts of her interior were designed by Bannenberg & Rowell Design. Le Grand Bleu has enjoyed the ownership of a host of famous and influential people.

Eclipse, on the other hand, remains under the same original ownership as the day when she was delivered by Blohm & Voss in 2010. Certainly one of the most famous yachts in the world today, the 162.5-metre Eclipse was once known as the largest yacht in the world before the 180-metre Azzam claimed the top spot in 2013. Eclipse’s interior and exterior is the design work of the Terence Disdale Design studio.

In Pictures: the 162.5m Eclipse arriving in Gibraltar