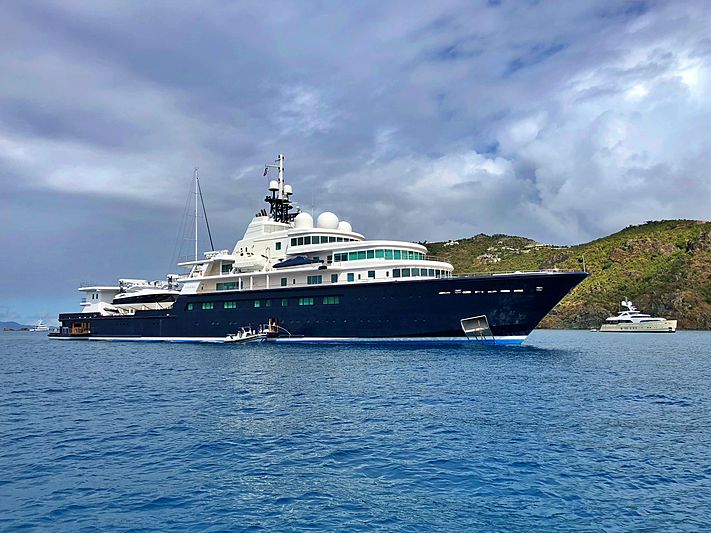 Photo: Maarten Janssen
The 112.8-metre Le Grand Bleu was built in 2000 by the German yard Bremer Vulkan under the supervision of the late Claus Kusch. Originally built for an American owner, she was one of the largest yachts in the world at the time of her launch. Following her first sale in 2002, she was lengthened by 4.9 metres and British studio Bannenberg & Rowell Design redesigned parts of her interior. Le Grand Bleu underwent a major refit in 2016 in Hamburg, including cosmetic upgrades to her exterior. Thanks to twin Deutz AG 4,570hp engines, the superyacht can reach a top speed of 17 knots and a cruising speed of 15 knots. Here she is pictured anchored off St Barths.