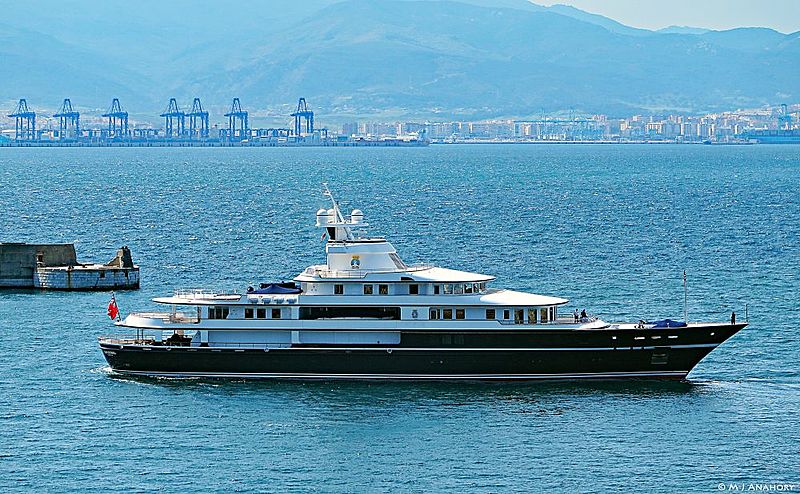 Recently spotted departing the Mediterranean port of Gibraltar, is the 75 metre German-built superyacht Leander G. The yacht recently made headlines when she was sold for the first time since her construction in 1992 by her original owner, Vice Amiral Sir Donald Gosling KCVO RNR. The yacht often played host to members of the British Royal Family. Following her sale, the yacht has now been removed from the charter market. Leander Gfeatures naval architecture and exterior design by Kusch Yachts, whilst her interior was undertaken in a joint venture by Pauline Nunns Associates, Katalin Landon and Heinz Vollers. In 1998 she underwent an extensive refit with the Devonport shipyard, in which two of her decks were extended and she was modified to meet the then new MCA rules for yachts over 24 metres.