Last month we announced the sale of the 73.50m (241'1) motor yacht Giant, and we can now reveal that the yacht has been renamed Legend, and that she has arrived in The Netherlands. Originally a working vessel, the outstanding 73.50m (241’1) 1973 built Legend is a converted luxury adventure yacht, retaining her original seagoing salvage tug/icebreaker qualities making her ideal for exploratory extended voyages. 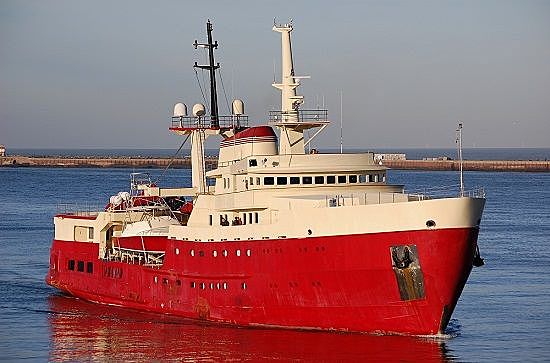 The new owner of the yacht is Jan Verkerk, who also owns and operates the highly succesfull large charter yacht Sherakhan. We just talked to the new owner, who confirmed that Legend will be made available for charter, and that she will be used for adventurous charters in the remote area's of the world, such as Antarctica, Greenland and the North Pole.

Expect a full report on the yacht soon, as we will visit the yacht whilst she is in The Netherlands.