After 10 international events that attracted more than 600 classic sailing yachts, the Panerai Classic Yachts Challenge 2012 drew to a close with the 34th edition of the Régates Royales (25th-29th September) at Cannes. The stunning Cote d’Azur provided the backdrop as around 90 stunningly beautiful classic yachts did battle over four races held in very variable conditions that included rain and gusting winds, delivering some truly extraordinarily spectacular sailing in the process.

The winning yachts on the Panerai Classic Yachts Challenge Mediterranean Circuit, which spanned rounds in Italy, France and Spain, were Moonbeam IV in the Big Boat category, Leonore in the Vintage class and Naïf in the Classic. Their names will now go down in the Roll of Honour of the leading international circuit sponsored by Officine Panerai for the eighth consecutive year. 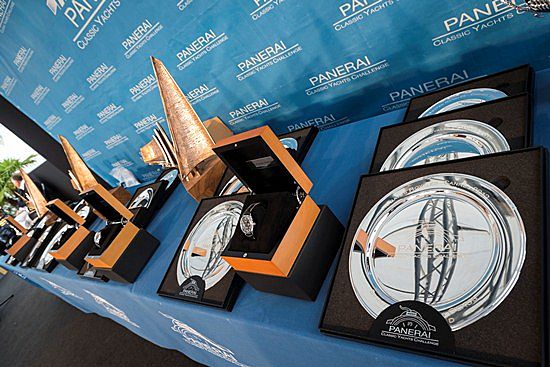 Moonbeam IV is a 35-metre fore and aft cutter designed and built at the Fife yard in Fairlie in Scotland in 1914. Between 1950 and 1959, she was owned by Prince Rainier of Monaco who renamed her Deo Juvante in honour of the Grimaldi family motto. Since 2007, Moonbeam IV has won all of the leading classic sailing regattas in the Mediterranean including Antibes, Barcelona, Mahon and Cannes. In 2012, she took part in three stages of the circuit, on each occasion with a crew of around 30. This is Moonbeam IV’s second consecutive year to win the Panerai Trophy for the Big Boats category.

Leonore is a 15-metre Marconi sloop built in Norway in 1926 to a Johan Anker design. She is a Q Class, a category of boats designed in line with the Universal Rule which was developed by American designer and builder Nathanael Herreshoff. This year, Leonore competed in all five stages of the Panerai circuit and she was helped to her overall class victory by a cruise of former America’s Cup champions that included the legendary Mauro Pelaschier, Mauro Piani and Daniele Gabrielli. The same historic crew also formerly won two other Panerai trophies aboard the 1937 California 32 Amorita and the 1939 yawl Peter. 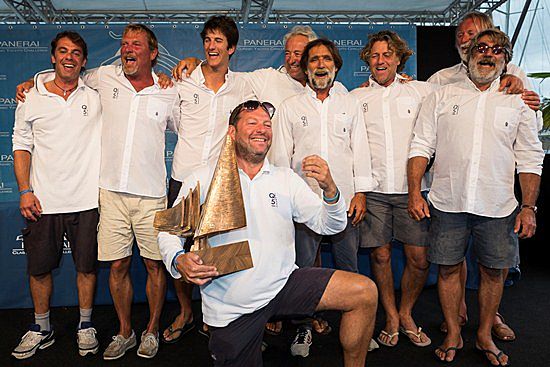 Naïf is a 13.43-metre Marconi sloop built at the Carlini yard in Rimini in 1973 to a design by American Dick Carter. She is currently helmed by the son of former Italian industrialist Raul Gardini, Ivan Gardini who, in 2004, bought back the boat his father had built for the 1973 Admiral’s Cup and Fasnet. Naïf had a crew of around 12 for this circuit.

The overall winners of the Régates Royales itself were Thendara (Big Boats), Leonore (Vintage), Arcadia (Classics) and Catleya (Spirit of Tradition). The owner of each of the aforementioned received an Officine Panerai watch. 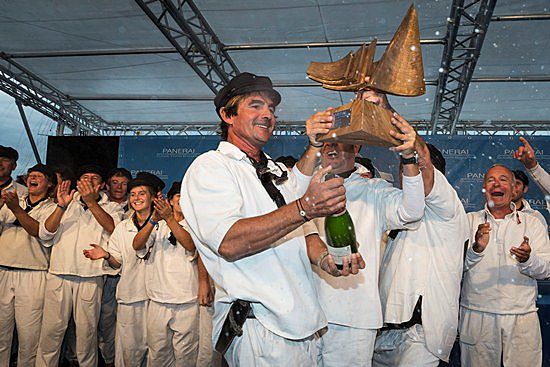 The 2012 classic sailing season is now preparing for its grand finale, the Panerai Transat Classique 2012, which starts from Cascais (Portugal) on December 2nd 2012 for a 4,000-mile-plus transatlantic dash to the finish-line at Barbados. The Panerai Lounge at the Régates Royales provided the venue for the unveiling of the watch to be presented to the owner of the yacht that wins this epic race. The Luminor 1950 Rattrapante 8 Days Titanio is an exclusive Special Edition of which just 500 will be made and features an engraving of the Panerai Transat Classique 2012 logo on its case-back.