Bright sun and fresh gusts welcomed the crews this morning in the bay of Saint-Tropez. Today the 300 participating yachts in this year's Voiles de Saint-Tropez were given the chance to truly test themselves for the first time this week. No more twiddling thumbs while waiting for the wind; with the Mistral in full effect since sunrise, the crews of the Classic Yachts had to put real muscle into their work in order to keep control of their vessels' massive sails, which can often exceed 200 m2. 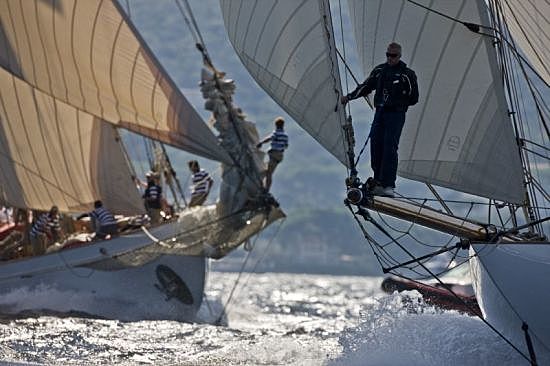 Today was a welcome change from yesterday, when the race committee was forced to shorten the racecourse due to capricious winds. In yesterday's conditions Agneta, winner of the Rolex Trophy in 2007, finished second in the Marconi division just behind Rowdy but in front of Oiseau de Feu who finished third. In the Schooner category Mariquita finished ahead of Lulworth, Moonbeam III, Moonbeam IV and Thendara. 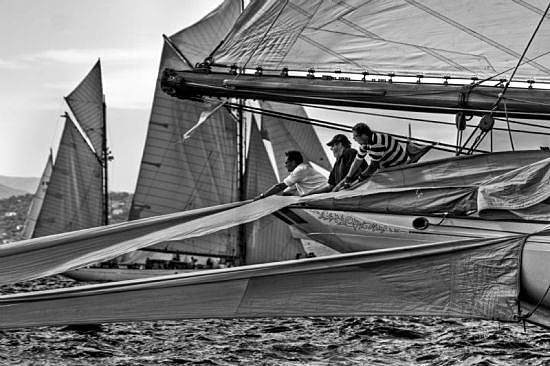 A piece of the Camper & Nicholsons sailing story

For more than 100 years the products of the celebrated Camper & Nicholsons design house and shipyard have continued to shine in Mediterranean and European regattas. With Avel, Creole, Oiseau de Feu, Partridge and Sylvia, the Camper & Nicholsons fleet here in Saint-Tropez represents a beautiful collection of classic yachts. 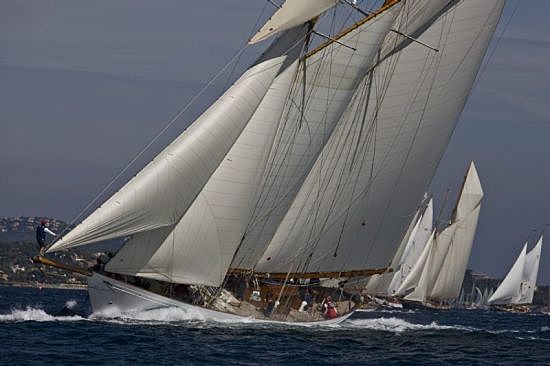 The story behind the Camper & Nicholsons that we know today dates back to 1782 with a man named Frances Amos. Amos came from London to Gosport where he leased a plot of land as a boat builder. His business building small trading ships was fairly successful, and with no heir of his own, Amos passed the lease to his great nephew William Camper in 1824.

Working in close collaboration with Gosport sail maker James Lapthorn, Camper began to produce sailboats at the shipyard while continuing the production of trade ships. In 1836 Camper launched the cutter Breeze for James Lyon, and its success that same year at the King's Cup boosted the reputation and demand for Camper's sailing vessels. 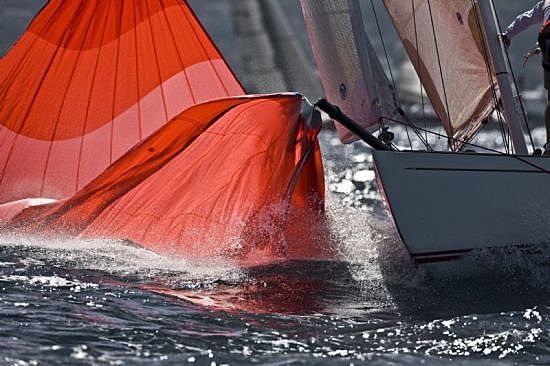 In 1842 there was a new addition to the Camper shipyard: 14-year old Ben Nicholson who joined as an apprentice, but who quickly began to move up the ranks. It was in 1860 that Nicholson, who had become the chief designer at the yard, designed the successful and beautiful schooner Aline. When it came time for Camper to retire, Nicholson was the logical choice for his replacement. In 1863 Ben Nicholson took over the business, with continued support from the Camper and Lapthorn families, and changed the name of the shipyard to Camper & Nicholson.

The shipyard grew to almost double its previous size, bolstered by the success and durability of its schooners, and when Nicholson's three sons later joined the company the name was officially changed to its current Camper & Nicholsons. 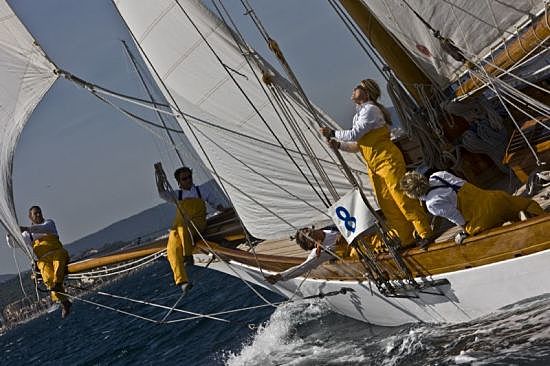 Nicholson's eldest son, also named Ben, focused his talents on recruiting crews, a service the shipyard provided until 1939. The youngest of the three brothers, Arthur, was specialized in managing the yard's construction and maintenance facilities. It was the middle brother, Charles E. Nicholson, who took to design. When Charles' Dacia won fourteen races in 1892 the demand for Camper & Nicholsons sailing designs skyrocketed.

Interestingly, the shipyard has always produced more motorboats than sailing yachts, but this has not prevented a number of sailing innovations and great designs emanating from Camper & Nicholsons. In 1912 Istra was built with an incredibly lightweight, laminated wood construction, leading to the 1927 commission of Vira (later renamed Creole), a sailboat that some would say is one of Charles Nicholson's most beautiful creations. 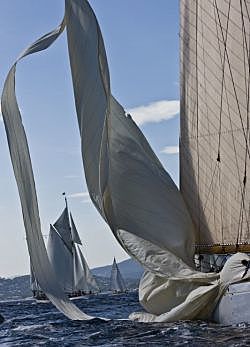 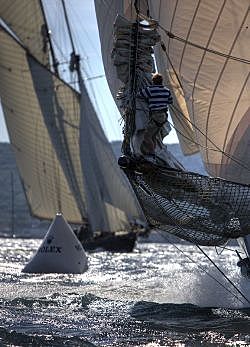 Nicholson became known for his elegant, fast and reliable designs and when he was commissioned to build a yacht for Sir Thomas Lipton, the 1930 America's Cup Challenger Shamrock V was born. The designer produced three other J Class boats that raced in the America's Cup including the 1932 Challenger Velsheda, 1934 Challenger Endeavour I and 1936 Challenger Endeavour II. It is for these designs that Charles E. Nicholson is most often remembered in the sailing world. Two of his earlier designs, Astra and Candida, were later altered to conform as closely as possible to the J Class rule. It is a true tribute to the quality of Camper & Nicholsons construction to say that all of these, with the exception of Endeavour II, are still sailing today. 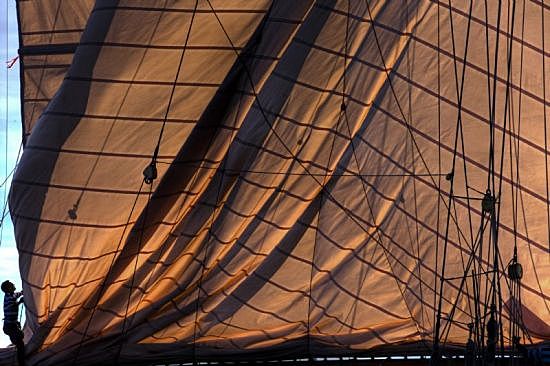 Charles E. Nicholson continued to play an active role in the company until his death in 1954 at age 86. Although many of his designs are still held in highest regard in the sailing community, racing yacht production was astonishingly less than ten percent of the company's output during Charles E. Nicholson's time in charge.

Nicholson was inducted into the America's Cup Hall of Fame in 1997. 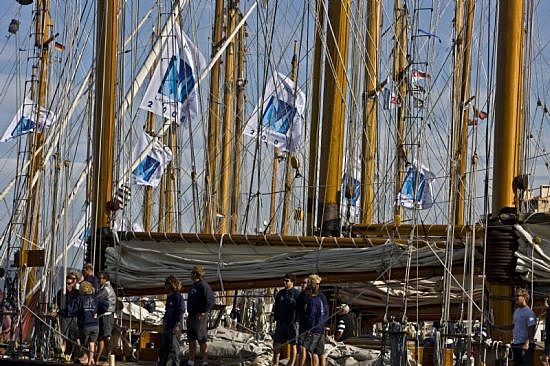 Here in Saint-Tropez some of Charles E. Nicholson's designs can be seen in action: Avel, Creole, Oiseau de Feu, Partridge and Sylvia, all of which are competing for the 2008 Rolex Trophy with the exception of Partridge. Seeing these great classics go up against one another is like a trip back in time. One could almost, and willingly, get lost amongst the sails as they fill the horizon; a strong reminder of sailing's glorious past.