It may be the end of the summer season, but Saint-Tropez is bustling with life as the 11th edition of Les Voiles de Saint-Tropez takes sail. With nearly 300 boats participating in this grand event that unites both modern and classic yachts, the 2009 edition promises spectacular racing on the water and one-of-a-kind ambiance on land in the race village and town centre. 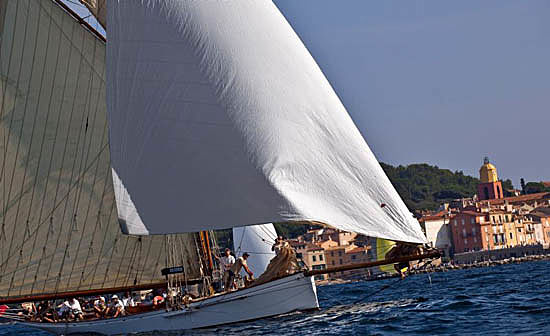 Yachts have been arriving in Saint-Tropez throughout the weekend, with the port expected to reach capacity this evening when the rest of the traditional yachts arrive, following today's finish of the Yacht Club de France's Autumn Cup from Cannes to Saint-Tropez. Traditional yachts begin racing as of tomorrow while the first of the coastal races took place today for the modern division. 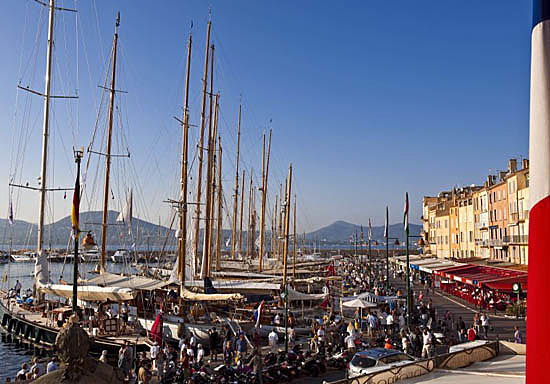 With racing to continue through Saturday 3 October, one can expect some magnificent sights as Saint-Tropez is taken back through generations of history and yacht design. With some boats dating back more than a century, one could say that touring the port this week is like browsing an open history book. Four days of coastal racing have been scheduled for the traditional yachts, five for the modern yachts, with Thursday reserved as the Challenge Day. Inspired by the original race that has now become Les Voiles de Saint-Tropez, the Challenge Day offers competitors a chance to duel against one another following the historical route of the race: Saint-Tropez, Saint-Raphaël and La Nioulargue, the buoy that marks the famous shallows in the Mediterranean. Assuming the weather plays its part, one can certainly expect intense and beautiful racing. 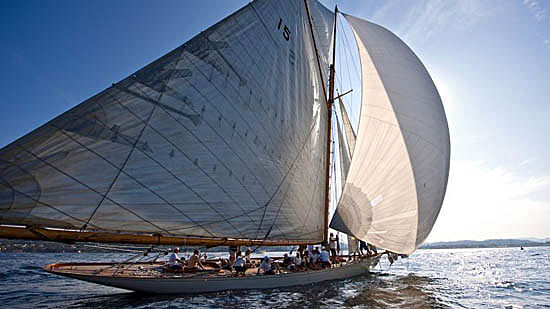 The Rolex Trophy
Yet another exciting addition to the week's racing is the opportunity for the classic yachts to win the Rolex Trophy. The Rolex Trophy will be given during Sunday's prize giving ceremony to the "Tradition" class boat over 16 metres who has accumulated the fewest points during Les Voiles de St. Tropez. The winner will also receive a coveted Rolex Submariner, close companion to all nautical achievements. 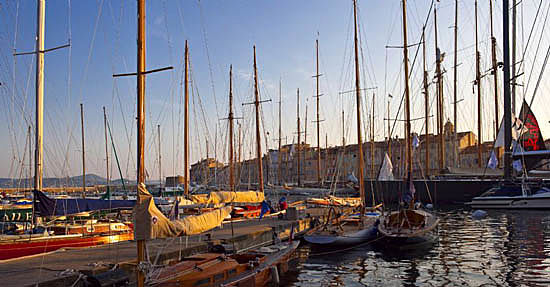 This annual trophy highlights the yacht of the week that has demonstrated clear consistency and performance. Previous winners include Rowdy (2008), Agneta (2007) and So Fong (2006).

The very first winner of the Rolex Trophy, So Fong, was designed by famous navel architects Sparkman & Stephens and was manufactured in Hong Kong in 1937. Owned by Bruno Entrecanales for the past five years, this 26-metre monohull sails under the Spanish flag.

Agneta , winner of the Rolex Trophy in 2007, was built in 1951. This beautiful vessel is unmistakable on the water because of its mahogany hull and majestic purple spinnaker. Owned by Giovanni Agnelli (founder of Fiat) for 30 years, Agneta became world famous after the publication of a photo of her owner diving off the boat into the waters of Saint-Tropez.

Rowdy was designed by legend Nathanial Herreshoff and built by the Herreshoff Manufacturing Company in 1916 in Bristol, Rhode Island. She is part of the New York 40 Class, named so because the design is 40 feet off the waterline, and is one of the 14 or so boats in the class that was constructed between 1916 and 1917. Also known as the "Fighting Forties," these sailing yachts were built for members of the New York Yacht Club and Rowdy raced for many years with great success. World War I put a halt to further construction of the class and most of these great vessels have ceased to exist today. Rowdy is one of the few and recently underwent a major rebuild, ensuring a long life for this "Fighting Forty."

Both Agneta and Rowdy are present in Saint-Tropez to defend their title for the 2009 edition of Les Voiles.

Over the next week, in addition to our regular daily reporting, we will turn the spotlight on Time and will focus on a series of daily moments that are unique to Les Voiles de Saint-Tropez. Stay tuned.