Racing for the Traditional classes officially began today at the 2009 edition of Les Voiles de Saint-Tropez. The wind has been gentle thus far, but a thermal breeze picked up around noon allowing for a race start in the bay of Saint-Tropez. 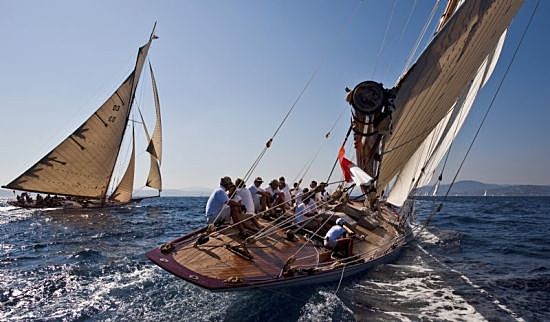 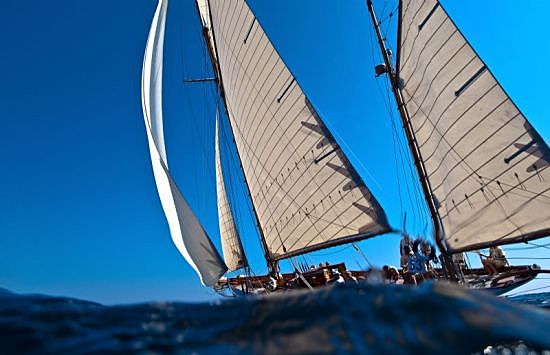 The Rolex Trophy
In addition to the week's racing and prizes, is the opportunity for the classic yachts to win the Rolex Trophy. The Rolex Trophy will be given during the prize giving ceremony on Sunday, 4 October to the Tradition class boat over 16 metres, who has accumulated the fewest points over the week of regattas. The winner will also receive a Rolex Submariner, close companion to all nautical achievements. 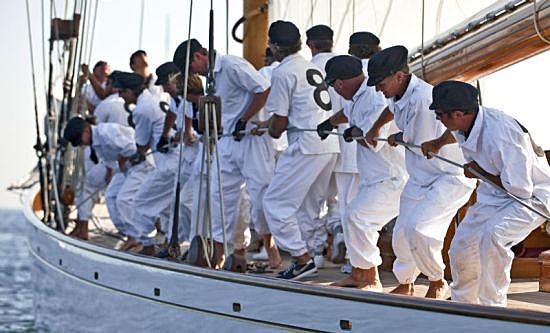 It's 5am, 'Saint-Tropez' awakes
While the original song may be about Paris, Jacques Dutronc's lyrics about life in the early morning could easily be applied here in Saint-Tropez as well. Behind the scenes, it is a busy time in Saint-Tropez, as nights come to a close for some and mornings slowly begin for others. 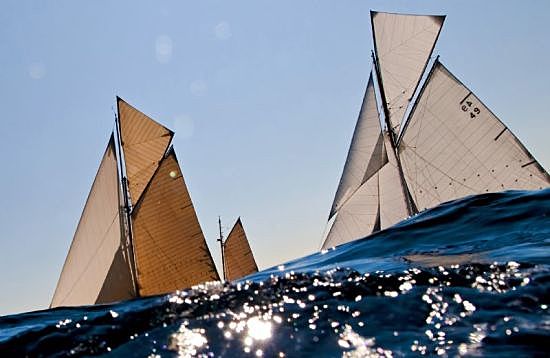 Today when the Rolex clock stuck 5am in the race village, all was still. The boats rocked quietly in the harbor and offshore the fisherman's boats began puttering back to shore with the catch of the day. 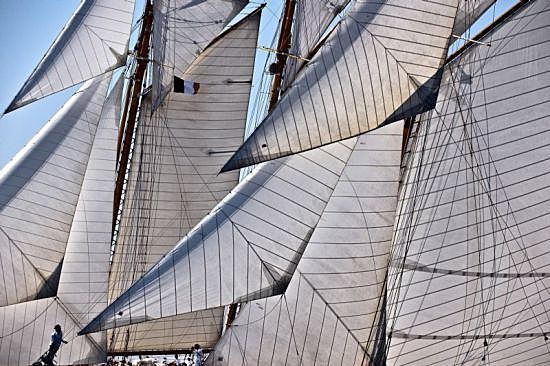 As the sun came up over this small village, the majority of the kings and queens of the nightclubs had retired and almost all the streets were quiet. All, that is, except those leading into la Place des Lices, where the famous open-air market was just coming to life. As vendors unloaded their wares and began to set up shop, the well-known square was transformed from boule-playing terrain into a myriad of stalls and tables. Set amongst twelve plane trees that are over a century old, this marché has a charm of its own. And while the opening hours are technically Tuesdays and Saturdays from 7am - 1pm, vendors begin to stake out their places early and this is one of the first places in Saint-Tropez to come to life. 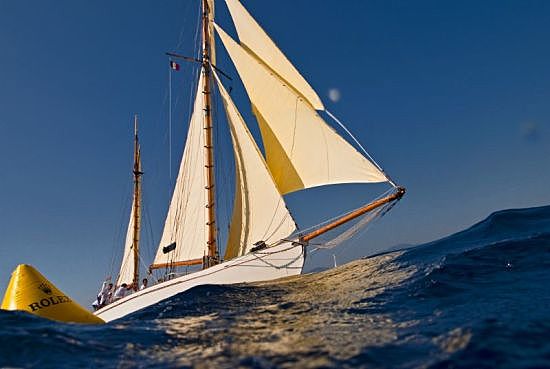 One can find everything from fur coats to antique art deco furniture to impossibly cheap cashmere, but it is the colours and smells that are the best local tour guides. Olives, cheese, fresh melon and nectarines, forest strawberries, honey and spices are just among the sensory delights that await among the speckled shade of the marché. The locals are the first to arrive with their empty straw baskets, and the first to leave with flowers in one hand those same baskets now brimming with fresh bread, fruits and the occasional pastry. 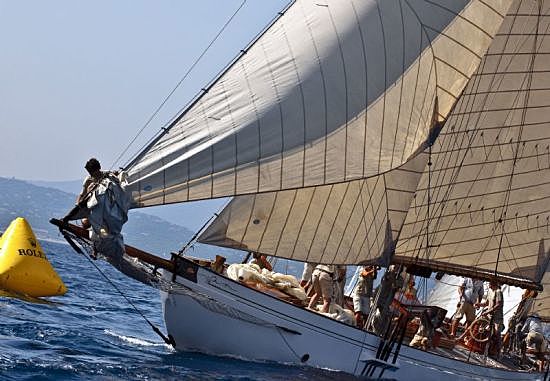 Next to arrive, those that keep the market bustling until past the official closing hour, are those scouting for the perfect souvenir. The steady flow of tourists keep the market moving until it's finally time to pack up and move out. La Place des Lices becomes quiet again. Quiet until Saturday, when the process begins anew. 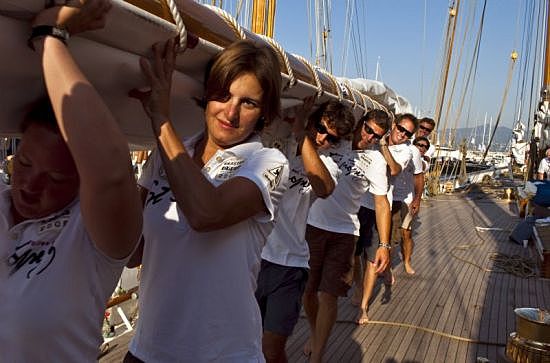 Over the next week, we will turn the spotlight on Time and will focus on a series of daily moments during Les Voiles de Saint-Tropez.