Though generous earlier in the day for the Modern class with about 6-8 knots, the wind was not cooperative by midday for the first start – and the first race of the week – for the Tradition class yachts, dropping to 2-3 knots on the Golfe de St Tropez. 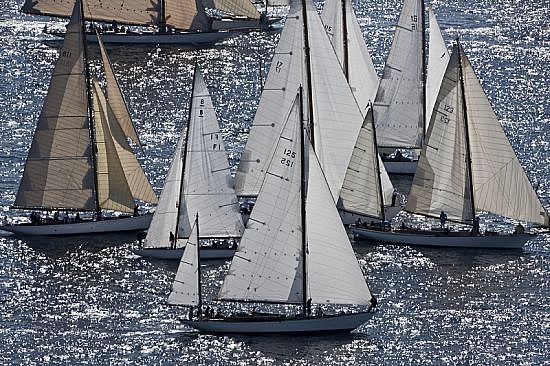 The Modern class boats were sent further off the coast where they found quite favorable conditions with 8-10 knots for both races today. The race committee in the Tradition class start area struggled initially and finally managed to find enough of a breeze to get the smaller boats off after a short postponement. The breeze, initially was from the northwest, switched to the northeast during the day. The biggest Tradition class boats set off at 2 pm on a 14.1 nautical mile coastal race. 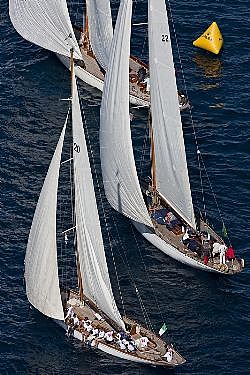 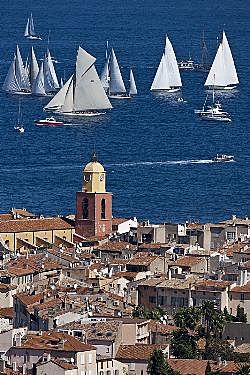 Despite the light wind, close maneuvers took place between Mariska and Tuiga and between Cambria and Moonbeam III, and the whole of the Tradition fleet provided a good show on a pretty September’s day. After slightly more than two hours, happy competitors came back to Saint-Tropez harbour, ready for a party – tonight is Le Sardinade on the quay. Parties are part of the Voiles de Saint-Tropez spirit and shoreside activities are equally competitive to the ones at sea. 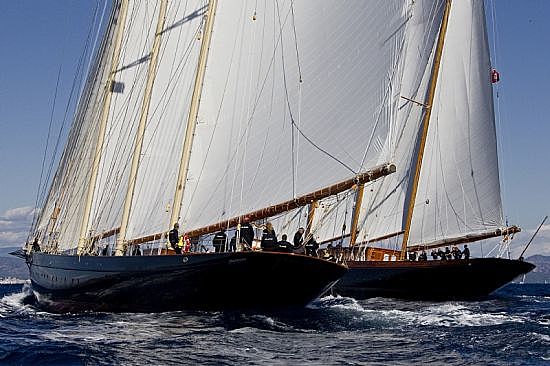 The Rolex Trophy competition has officially begun with today’s race and the first results will only be known in the middle of the week. The waiting period reinforces the suspense: will Rowdy be good enough for a third time in a row? We’ll look for an answer in few days… 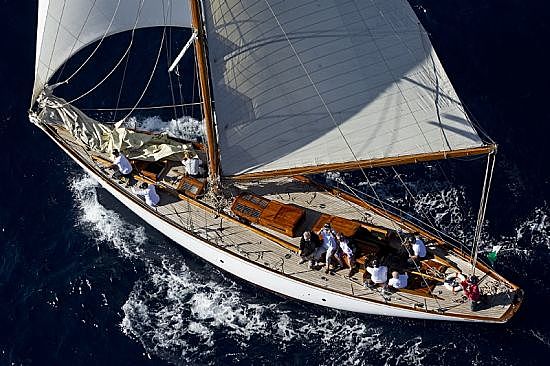 Vying for the Rolex Trophy is one of the smallest yachts in the division, Irina VII, a 16.5-meter Marconi cutter. Originally built as Sonas in 1935 for Major J.G. Allan, from Helensburgh, Scotland, the boat Sonas was designed by Alfred Mylne and built by William Fife & Son at the famous Fairlie shipyard in Scotland. With a name like Sonas, which means happiness in Gaelic, one might have assumes this pretty cutter enjoyed a tranquil lifetime. However, the boat has gone through numerous owners and seemingly continual alterations over its’ 75 years – including changing the sail plan from a cutter to a ketch, which altered its appearance significantly. In 1947, owner James C. Guthrie turned the rig into a Bermudian sloop and reduced sail area at the same time. 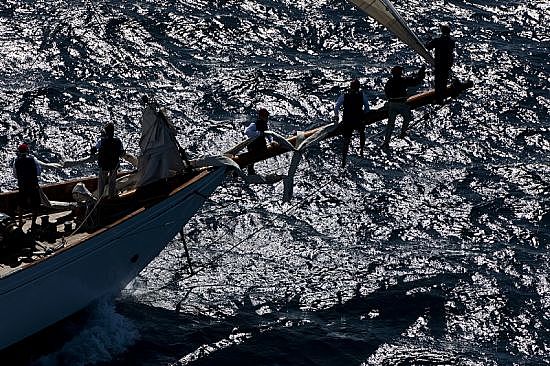 And the changes continued…in 1952, under the leadership of a new, Norwegian owner, George Von Erpecom, Sonas became Irina VII. Four years after that, Irina VII had yet another new owner, though this time it would be for a fairly long period, from 1965 to 1980, during which the yacht would be part of the Island Cruising Club in Salcombe, Devon. 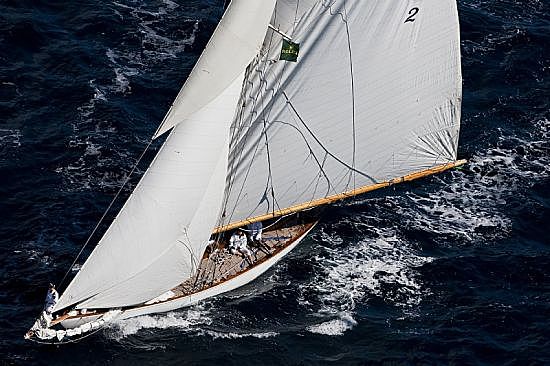 In her new role at the sailing school, Irina VII had nine bunks added to accommodate sail trainees on board; she sailed many years on the English Channel providing an opportunity for young people to experience sailing on board a beautiful classic boat. 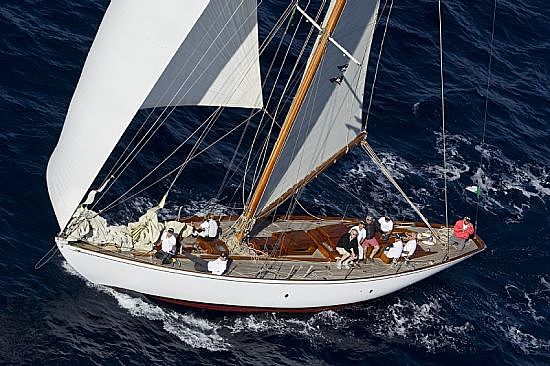 Since 1985, Irina VII began a transformation through the Potts family, with a major refit to restore her to her original appearance and a more presentable look. In 2002, with a French owner at the helm, Irina VII found both her original Marconi cutter "lines" and rig after 16,000 hours of work. 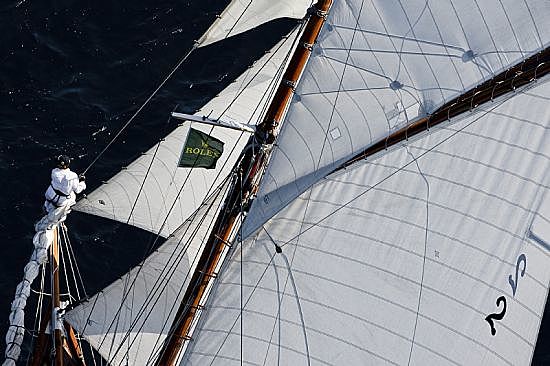 Based for the last eight years in Marseille, Irina VII is often part of Mediterranean classic regattas, sometimes chartered and allowing privileged participants to take part in regattas such as Les Voiles de Saint-Tropez. 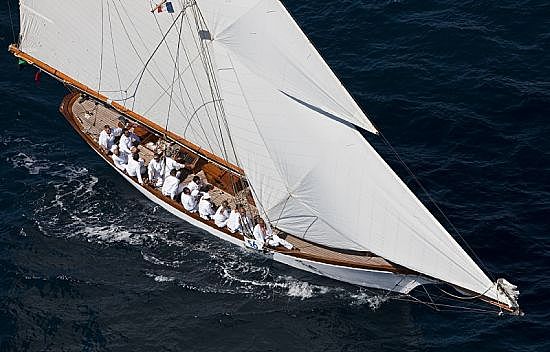 The Rolex Trophy
The Rolex Trophy will be awarded during Sunday's prize giving ceremony at the Citadelle. First awarded in 2006, past winners include:
2006 – So Fong, 25 metre Marconi-rigged schooner. Designed by the renowned naval architecture firm, Sparkman & Stephens, So Fong was built in Hong Kong in 1937.
2007 – Agneta, 25 metre yawl, built in 1951. Agneta’s beautiful varnished mahogany hull and tanbark sails are unmistakable on the water.
2008 & 2009 – Rowdy, Herreshoff-designed NYYC40 class. So named because the design was commissioned by the New York Yacht Club and is 40 feet on the waterline.